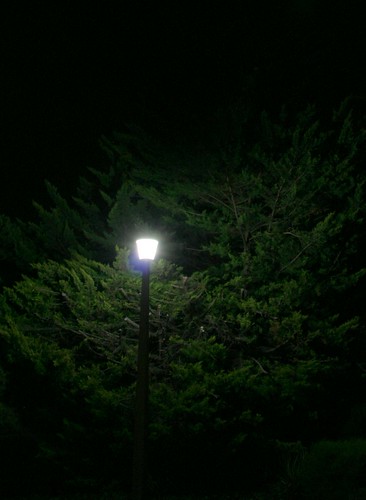 I was watching the news at 11 pm last night and happen to catch the report on Mayor Fenty’s planned legislation of having residence pay an extra $4.25, business’s pay $16.00, and other pay $42.00 for streets lights. I consider this a light tax. I also find this absolutely crazy seeing as most of the lights are out to begin with (grant circle). What about the elderly and financially challenged? $4.25 seems like a small amount but over a years time it could add up to someone’s medication or other more needed items. I have already called Councilwoman’s Bowser’s office and Councilman Graham’s office as well as the Mayor office. Is there any chance you might could look into this and see what other information you can come up with. Supposedly its up to Councilman Graham to whether this legislation will move forward.”

The City Paper wrote about this earlier in the week:

“Now, the proposed legislation pumps all of this money into a separate streetlight fund to be held separate from the city’s general operating fund—so there’s little danger the city will use your streetlight money to, say, pay for potholes. Also, the language provides that low-income residents can get assistance paying the fee from the city energy assistance office.”

Anyone think this “light tax” is a good idea? Shouldn’t our regular taxes pay for this sort of thing?