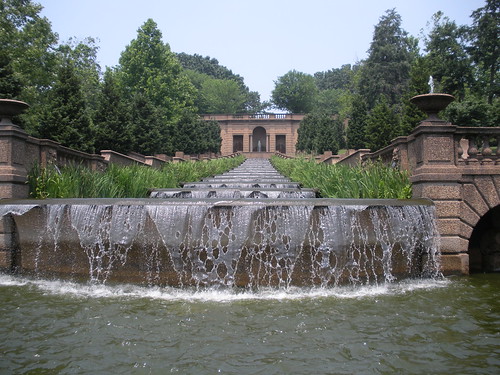 Thanks a million to a reader for sending the following response to his inquiry:

All of the necessary infrastructure work, as well as construction work on the entire lower level of the park, were completed over a year ago.
Construction of the lodge house on the upper level has been completed and was inspected last week. That inspection revealed a few items that need to be corrected by the contractor before the Park Service accepts the building. Until these corrections have been made and the building is occupied, the fencing and plywood around the lodge house will remain in place to prevent vandalism.

If you are concerned about the amount of available space, the lower level is open and has not been affected by construction on the upper level.