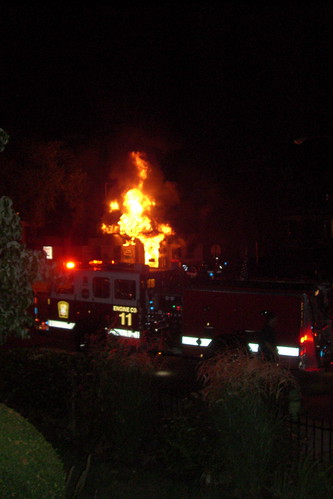 An eye witness sheds some light on the fire at the Bodega at Warder and Rock Creek Church Road:

“Now, the fire was really strange. It started early in the morning, like around 2:30-3:00am. The thing is, it was really, really quiet. My bedroom window looks directly onto the store and I heard only a tiny bit of crackling. My dog forced me out of the bed by continuously growling at the window. When I peaked through the window the flames were already at least ten feet high into the sky. There was nobody outside.

I called 911. My neighbors began to pour out of their houses. They too had called for emergency assistance. The fire department arrived within minutes. But, the bars made it very difficult for them to tame the fire in a timely fashion. Eventually, the store operator came out of the building and so to did the people that live in the houses adjacent to the store. Other than a fireman that burned his hand while trying to disengage the bars, nobody was harmed.

But, I do have a few questions. First, is it common for an assistant police chief to visit the fire sight. You’ll notice that I caught a shot of her assessing the site a day or two after the blaze. Second, are fires of this size quiet? Shouldn’t there have been a smell or a popped circuit breaker, if the fire was cause by an electrical malfunction?

Okay….I think I’ve gone on long enough. I hope that my two cents on the subject have shed some light on the situation.”

More incredible photos after the jump. 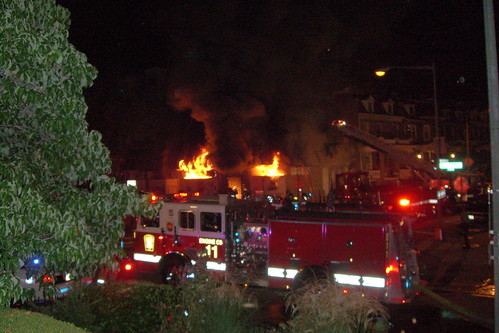 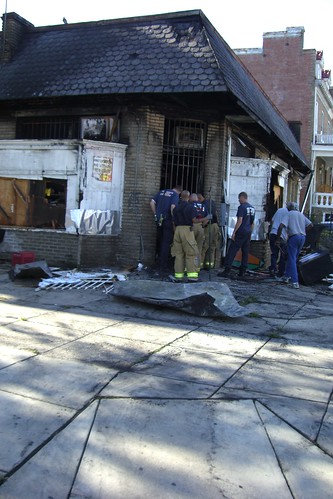 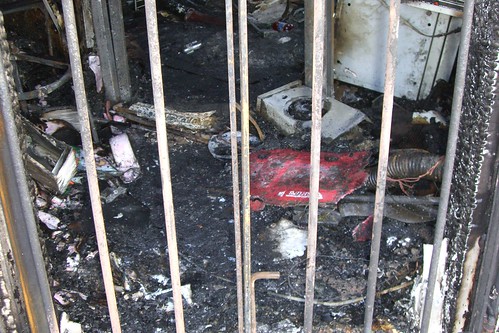 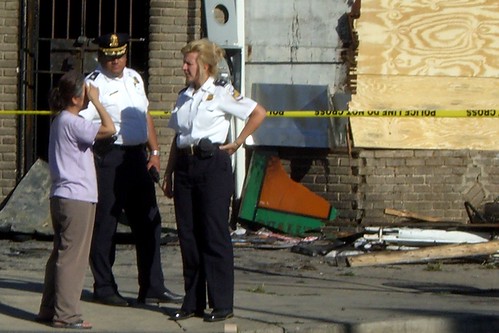 From an email: “Presented by No Kings Collective and the DowntownDC BID, the Franklin Park Block Party is a celebration of the much anticipated renovation of downtown DC’s largest green…

Thanks to Jeff for sending from Military Road Eastbound. Betsy also wrote: “military rd eastbound entirely blocked btwn Oregon and 16th by a downed tree” DC311 has taken a report….