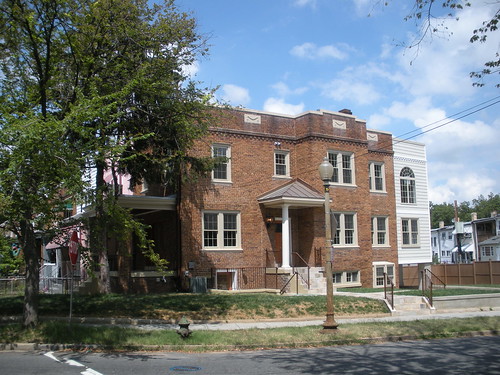 Actually a number of people have written me about this house so I thought I’d give it a go.  One reader writes:

“I wanted to suggest a newly listed house in Petworth as a candidate for “Good Deal or Not?” I’m not the seller, nor do I have any affiliation with the people who renovated house. My interest is that it’s near my house, and it’s an unprecedented price point for this area of Petworth (i.e., North Country). The address is 5101 Illinois Ave., NW (20011). It’s a 5 bedroom / 4.5 bath house on a corner lot. The house went on the market Aug. 10, and they’re asking $795,000. That’s an unheard of amount for just about anywhere in Petworth, but particularly for a house not near the metro. I’m curious what others who read the blog think. Here’s a link with information and photos of the house.”

It is a pretty huge house but that seems really high for that neck of the woods. I’m guessing nobody is going to say it is a good deal (but maybe I’m wrong). If you don’t think it’s a good deal what do you think would be a reasonable asking price for this property?