Get our email!
Search
Mount Pleasant 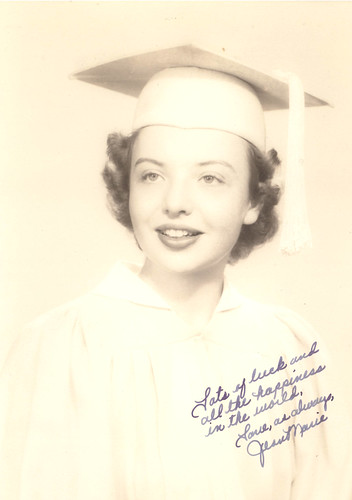 Thanks to Kalia for submitting this great interview.  If you have any neighbors who have lived in any of the neighborhoods covered on PoP please send their recollections to [email protected]

“I have been fortunate enough to work with an extraordinary woman and friend who I recently discovered was a former resident of Mt. Pleasant. Jean Poholsky was born in 1936 and since then has traveled and lived all over the world in places like East Africa, Ireland, and Australia to name a few. She often shares her fondest memories of living in Mt Pleasant and can recall things like they were yesterday. In 1940 she moved into her first house in Mt. Pleasant, 1948 Irving Street. Her grandmother owned the property which was a house split into two apartments inside the vestibule area. Her neighbors, the Vought’s, were an older couple that had the lower level apartment and her family’s door led them up to the top two floors including the attic (where she once ate a moth ball just to see what it would taste like!) The house was beautiful inside she describes and had a very similar look to the 1.3 mil house featured earlier on PoP’s site under “Let’s Play Good Deal or Not -Fantasy Edition”. (Yes, Jean does like to occasionally check out PoP’s blog!) Jean’s family would live in this house from 1940 to 1946 where she fondly remembers being able to roller skate from 16th street to the Zoo jumping the curbs and cracks in the sidewalks. When it snowed, Irving Street would be closed to traffic and she and the other children would sled down it all day or ice skate on Adam’s Mill Creek. She loved going to Tivoli to see a movie or hopping on the Street Cars to ride to the National Theater to catch a show. Jean says that those were very exciting years for her. Interview continues after the jump.

In 1946 she moved to Chevy Chase, MD, only to return back to Mt. Pleasant again in 1948. Her family moved into 3155 19th Street by Lamont. This house was also extremely beautiful. Here she related to me about the one and only time she went to The Old Soldiers Home to “Park” with a boy. This was where all the young kids would go back in the day. Jean said she doesn’t think she even kissed the boy because she was so afraid she was going to get arrested and her Dad was going to have to pick her up at the station…a fate that would have been worse than death she exclaims! Another big place for necking was Haines Point where they would go see the “Submarine Races”. Jean laughs as she remembers being asked if she would like to go see a Submarine Race at Haines Point with which she replied “Well how do you see the submarines if they are underwater…oh do you watch the periscopes?” She said she was answered with laughter and later realized why it was so funny- no one would be actually watching any submarine races because they would be too busy making out!

When I asked her what she thought about all the recent development in the surrounding areas she said she was happy with the house renovations in Mt. Pleasant that kept the original facades of the houses and was sad however to see the many Mom and Pop shops disappear. Back when she lived in the area Mt. Pleasant Street was the place to go for all the great shopping and food. She has not yet seen Columbia Heights’ new renovations (at the Tivoli Square area) but when I told her what was in there she replied “What good is a Target when you used to have all the great local shops in the area?!?” She does plan on visiting the area again soon to revisit all of her still remaining childhood hang outs and homes as well as take in the new development in the surrounding areas. Jean is also very interested to know when the next PoP Happy Hour is so she can make an appearance- she hopes it is very soon.

Now at 72 years old, Jean resides in Columbia, MD but still feels a strong affiliation with Mt. Pleasant and wishes she could live there again today and that you all enjoy the area as much as she did.”

Ed. note: the next PoP happy hour will be early August.