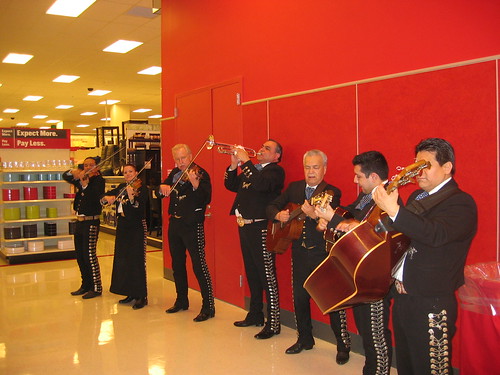 I’m not going to lie. I am no stranger to drinking beers and listening to a Mariachi band. I think it is one of life’s great pleasures. I just never thought I’d be drinking beers and listening to a Mariachi band in a Target…on a Tuesday night. And it was a truly beautiful thing. So thanks to a reader for hooking me up with their ticket to the Target festivities in Columbia Heights. I am forever in your debt. There was a huge turnout and I was happy to see a nice mix of regular neighborhood residents as well as folks who I imagine are part of DC’s “elite”. Let me say Target went all out. You couldn’t turn a corner without running into a band, a bar, food or a Target employee asking if they could help you find something. Obviously the first thing I asked help in finding was tube socks. Ok, first I had a couple of beers. Ok, then I had a burger and sweet potato fries. Ok, then I listened to the Mariachi band and some bongo drummers and then the Mariachi band again. But then I was whisked straight to the tube socks. The tube socks were a little anti climactic, I’ll admit, because I couldn’t find any with sweet racing stripes. But did I mention that there was a Mariachi band? Too cool. As for the Target it is gigantic. It actually has two floors and stocks just about anything you could possibly imagine. (Ed. note: This was actually my first time inside a Target.) As you may have imagined after the jump check out tons of cool pictures of the party and the store.Lots and lots of socks. 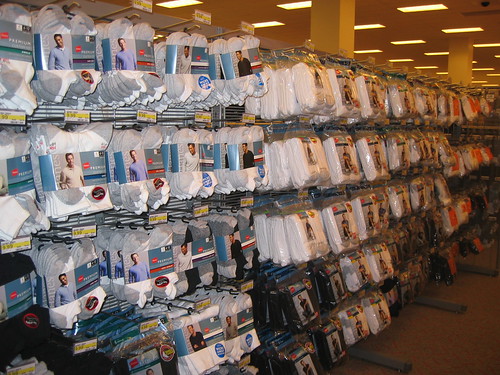 People partying and eating at one of the many bars and food stations. 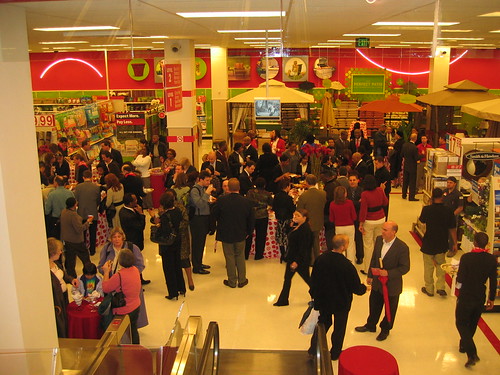 Who knew there were so many blender options? 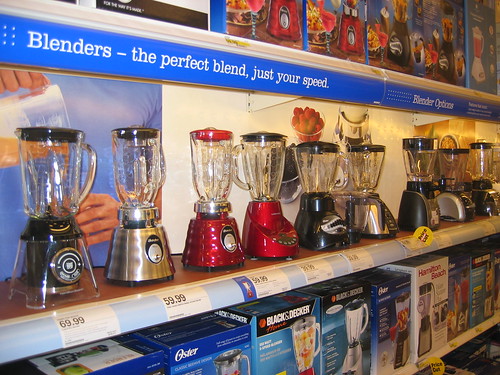 I’m pretty sure these guys were not getting paid enough to wear those ridiculous bandannas. 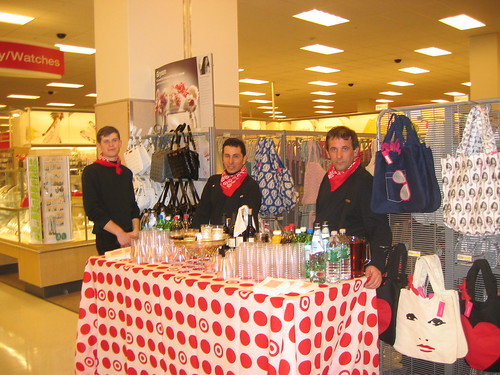 No expense was spared – they even brought out the Target dog. 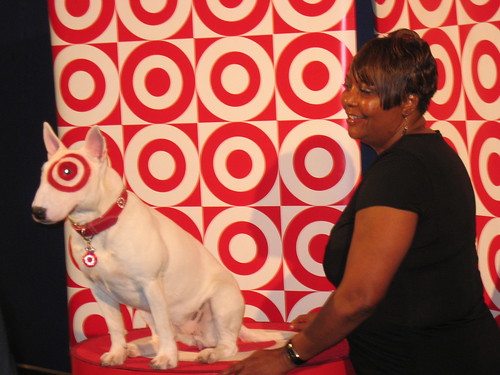 No need to cross the street for your Starbucks fix get one in house. And if you’re hungry you can get some pizza. 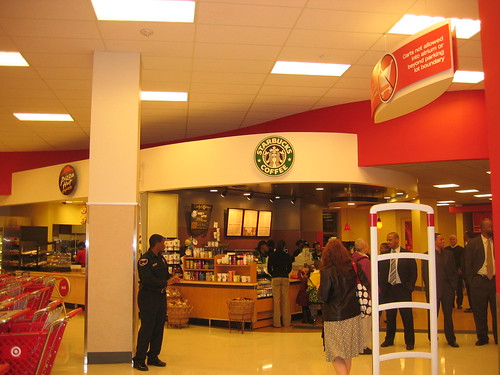 If you have time, you’ll soon also be able to hit Bed Bath & Beyond sans band 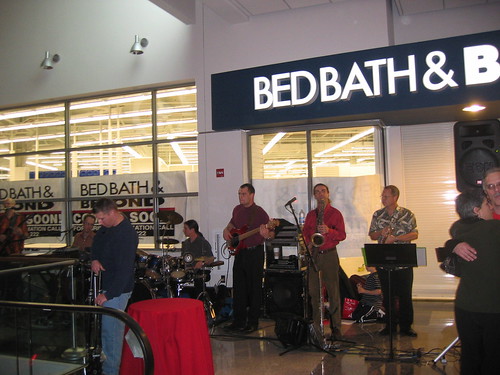 I told you they have everything imaginable 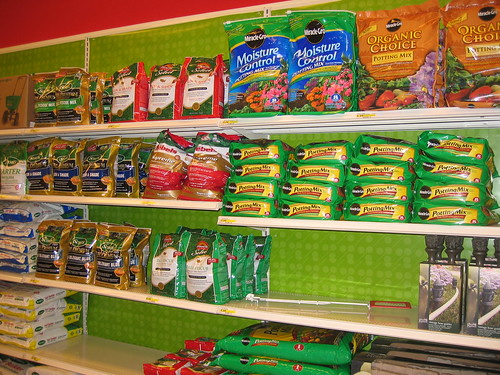 The shopping carts await you… 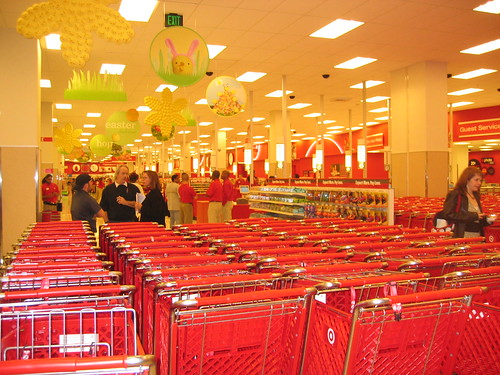