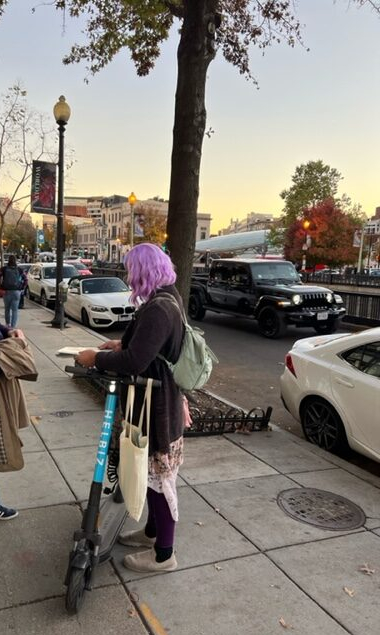 another reader sends from Connecticut Ave and Q St, NW

PSA: The person who presents as a trans woman and takes pride in (and makes social media fodder) scamming people out of money is back and currently up (as of last week) in Cleveland Park. She approached me in the service lane on her scooter and when I said, “Oh I’ve met you before–keep moving.”

She did. But then she had the gall to stop and try to approach someone else about 15 ft further down. I let the new mark know “It’s a scam,” as I walked by. The scammer then scooted past me again and stopped up ahead to take a photo or video of me as I walked by. I kept walking but I did flip her off…probably not the best idea, but she did scam me last time. Anyway… she’s on a scooter, sporting purple hair and a light purple hat, for those who would like to avoid her.”