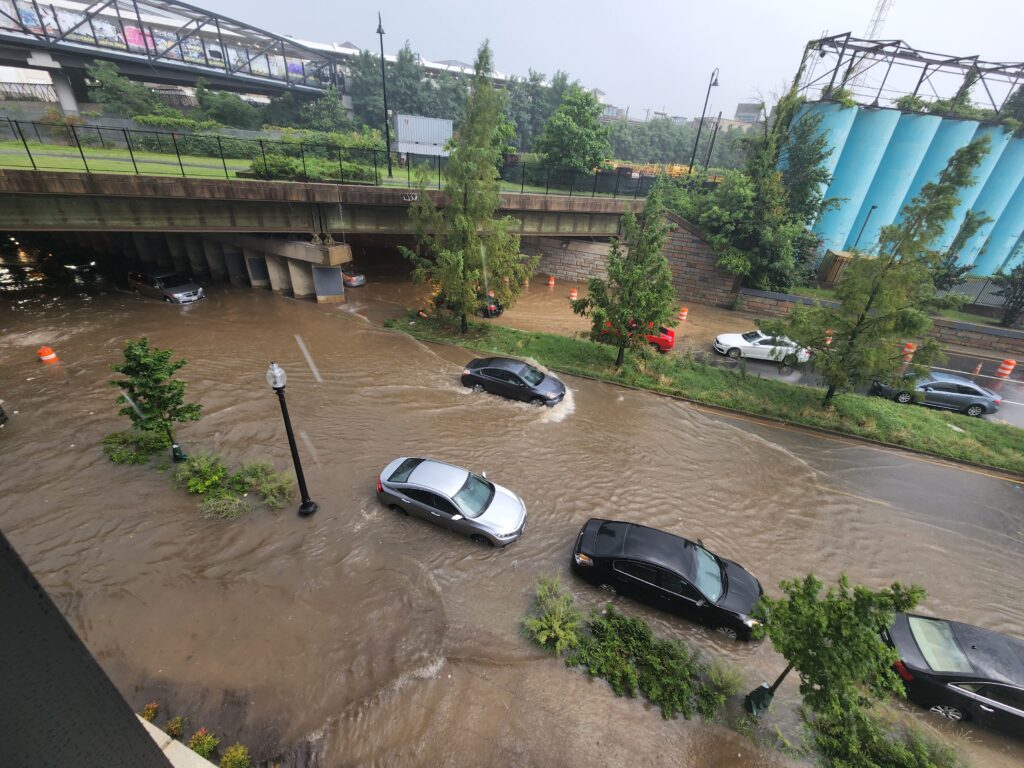 “The National Weather Service has issued a Flash Flood Warning for the District of Columbia, which is in effect until 8:00 PM.

IMPACT: Flash flooding of small creeks and streams, urban areas, highways, streets and underpasses as well as other poor drainage and low-lying areas.

ADDITIONAL DETAILS: At 4:53 PM EDT, Doppler radar indicated thunderstorms producing heavy rain across the warned area. Between 0.5 and 1.5 inches of rain have fallen. Additional rainfall amounts of 0.5 to 1.5 inches are possible in the warned area. Flash flooding is ongoing or expected to begin shortly.