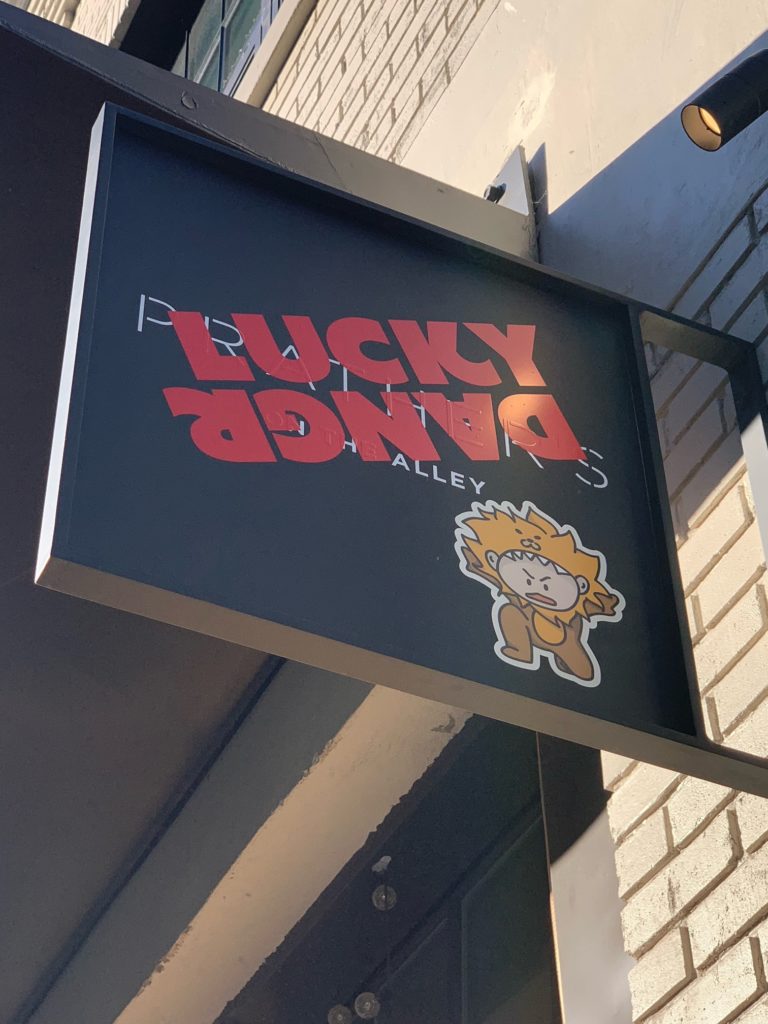 “We’re excited to get back to D.C,” says Ma, who opened the first Lucky Danger in November 2020 inside Prather’s on the Alley in Mount Vernon Triangle (now Bar Chinois). “We want to focus on our guests who helped us launch,” says Ma, adding that Luck Danger’s D.C. base of fans continued to order from the Arlington, Virginia location despite the distance to get their fix of cashew chicken.

The new Western Market food hall, next to George Washington’s campus in Foggy Bottom, is designed for easy to-go access. The space is set up for takeout ordering with public tables available both indoor and outdoor throughout the Western Market space. Food delivery is through Uber Eats.

The Lucky Danger menu keeps its signatures on the Western Market menu: sesame chicken, all the lo meins, mapo tofu and the cult classic, crab rangoon. A multi-course feast (serves 2-3) featuring six dishes (appetizer, main and rice) is available in meat and meatless versions for $48 and comes with an array of Lucky Danger’s signature superhero stickers.

Since the first outpost opened more than a year ago, Lucky Danger received both public and critical acclaim, selling out within minutes of online ordering going live and being named to The Washington Post’s 2021 Spring Dining Guide. It’s also been included in the larger national conversation around the renaissance of Chinese food in America, leading to features in The New York Times and Wall Street Journal.

Western Market is a project by Westbrook Partners, MRP Realty (MRP), and CANA Development (CANAdev) and reimanges the food hall of the same name, dating back to 1802. It was one of the three original markets, along with Eastern Market and Center Market concepted by Pierre L’Enfant. The modern iteration debuted in the fall 2021 and will showcase more than a dozen of the city’s favorite food and beverage vendors.