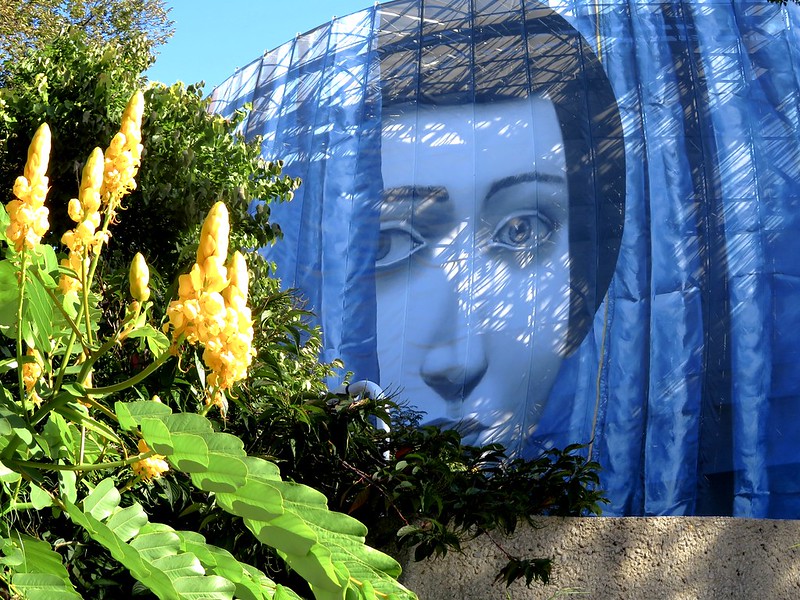 Ed. Note: If this is you, please email [email protected] so I can put you in touch with OP. PoPville is not affiliated with either party, please proceed with any potential connection at your own risk using caution as you would any online encounter. For those curious about past missed connections, some have been made and when possible I’ll try to update when/if more are made.

“I was at garden district on 14th having a beer with a friend on a Friday night beginning of August. You sat next to us with your friend. You overheard us taking about soccer (the Euro cup and Copa America finals were that weekend). We started to talk about soccer and you told me your name was Olivia. We both played soccer and had a great conversation. When they were closing you suggested meeting again the following Friday but as we were leaving your friend said she couldn’t and in the confusion I didn’t ask you for your number”

“I live on 16th & T and a kind male neighbor passed by, walking his sister’s sheepadoodle puppy. My poor cone-headed puppy scared off his puppy but I think they’d be dog besties once my puppy gets his cone off next week. If he sees this message, can you connect us? Even better if he’s single. :)”

“Was on a Glenmont bound Red Line train on Thursday, 30 September around 7:45PM and made consistent eye-contact with a dreamy dark haired guy dressed in a black bomber and these cool cropped corduroy trousers. I was listening to music and was weirdly staring out the window into the tunnel to try to not make things awkward but I could see his reflection in the window that he continued to look at me, and we would continue to catch eyes when I would look up. I was the guy wearing a khaki overshirt and navy pleated pants, and was awkwardly carrying around a heavy vacuum in a box.

We both got off at Dupont Circle. I was going to say hi and compliment your style, but I chickened out and awkwardly dropped the vacuum box while on the escalator and everybody looked at me (or at least it felt like everyone looked) so I quickly ran up the escalator home.

Would love to meet up above ground when I am not carrying around a vacuum.”

“On Thursday, 9/30 at about 3pm I was in the security line at Reagan (Terminal C). There was a tall guy in a pristine blue suit in line a few people in front of me, and after he very obviously checked me out, we made (what I interpreted to be) flirtatious eye contact half a dozen times until he finally got through security and sped off to make his flight.

I wandered through the terminal on my way to my gate but didn’t see him again, I’m guessing he was on the flight to NYC that was just finishing up boarding. Tall Blue Suit Guy – if you want to grab a drink with me (Tall Blonde in All Black) let me know!”

“I was at the Half Street DMV Inspection site. You work there and said you saw me last week and hoped my car passed the test so I wouldn’t have to return. I wish I’d said that if I had to return, at least I’d get to see you again. If you’re interested in meeting up for dinner, let me know.”