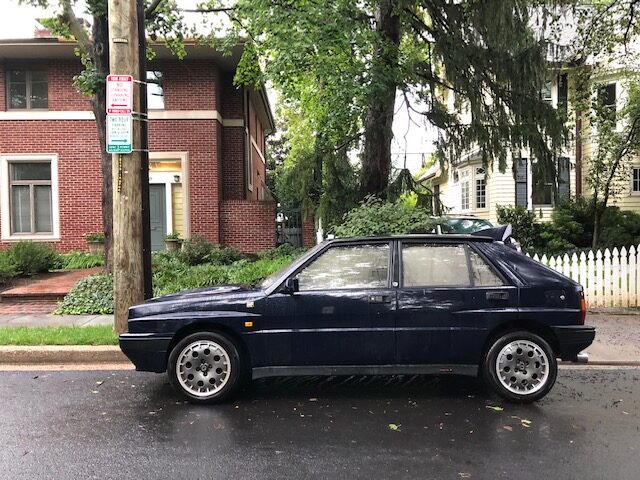 Thanks to Adam for sending: “Spotted on Ingomar St. NW in Chevy Chase, a Lancia Delta HF. To the untrained eye it appears to be an older VW GTI, but in fact it is a famous Italian race car not commonly seen in the U.S. “The Lancia Delta is one of the most success rally cars ever, having won the World Rally Championship for manufacturers six times between 1987 and 1992.”

More Stories
“Arrest Made in Cold Case Homicides that occurred in the District” (from as far back as 1992)September 2 Coronavirus Data Posted: 55,918