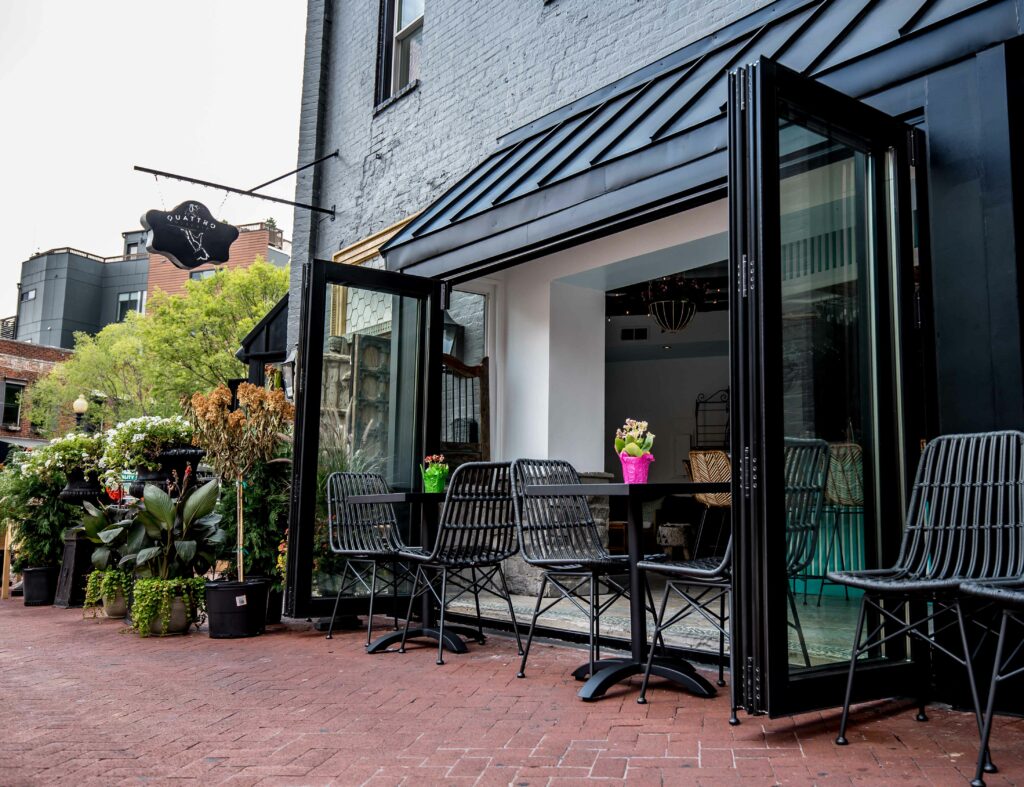 Ed. Note: This is the former Bistro Bohem space.

“On September 18, a team of D.C.-area industry veterans, Louie Hankins, Giovanni Ippolito, and Salvio Ippolito, is welcoming Washington to the grand opening of Quattro Osteria, their unique Italian experience located in the heart of Shaw at 600 Florida Avenue NW. Guests will be swept away to Italy when they step into the transformed space, formerly home to Bistro Bohem, which was renovated and designed by the team itself. The chef, who hails from Naples, Italy and has time in the kitchen of one- and two-Michelin-starred kitchens in Tuscany under his belt, is turning out a menu of small plates, fresh-made pastas, and composed plates featuring masterly-handled meat and seafood, all with time-honored Italian flavors reimagined through modern techniques. 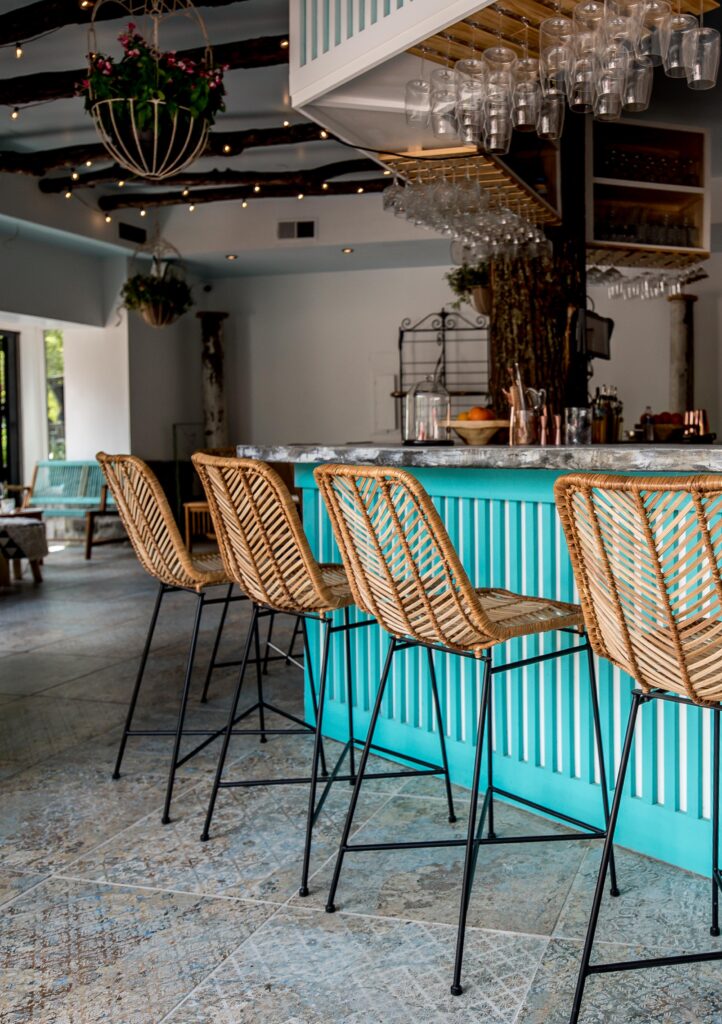 Quattro Osteria began years prior as a daydream in the mind of Hankins, owner of next door Rito Loco and El Techo, who had been long-admiring the bones of the space as the perfect backdrop for an immersive Italian restaurant encompassing its indoor and outdoor spaces. But he knew he couldn’t do it alone. To build a team with expertise in Italian culture and cuisine, Hankins looked to his friends Giovanni and Salvio Ippolito, brothers and Naples, Italy natives with hospitality in their blood and experience in D.C.’s top Italian restaurants including Tosca and Chef Roberta Donna’s famed Galileo. The trio, who originally bonded over their mutual love of food, music, and hospitality, curated a vision for an “alternative Italian experience”, rooted in Italian customs, but blended with modernism.

“We wanted to create something different,” says Giovanni. We, of course, want you to come here for great food, but we also want you to come here to have fun. We’re interacting with the guest, the table next to you joins in on singing “Happy Birthday” to your friend, we’re dancing to the rhythm of the joy buzzing through the place. It’s more than just a restaurant. We think of the dining room as our nightly theater.- Giovanni Ippolito, co-owner, Quattro Osteria

The team itself designed the 1,673 square foot space boasting three distinct areas: the Florida Avenue-facing sidewalk patio with a modern bistro vibe; an intimate bar seating 8 and open kitchen located in the light, airy terrazza lounge area modeled after Italian countryside homes; and the main dining room with capacity for 49. Floor-to-ceiling windows line the space and can be fully opened onto the street to create an indoor-outdoor atmosphere reminiscent of European sidewalk cafes.

Old world charm, seen throughout the restaurant thanks to treasures unearthed during the team’s excursions to over 150 vintage shops across 8 states, is balanced by sleek, modern design. The many special touches in the space include a grand 18th-century door welcoming guests into the terrazza, gilded bird cages hanging from the ceiling of the main dining room, a tree trunk built into the bar with limbs acting as rafters in the terrazza, and a vast array of vintage plates, glassware, and taper candles gracing the tables.

A chef’s counter built for two is located in the main dining room just off the kitchen where guests can experience a custom three- or five- course meal. 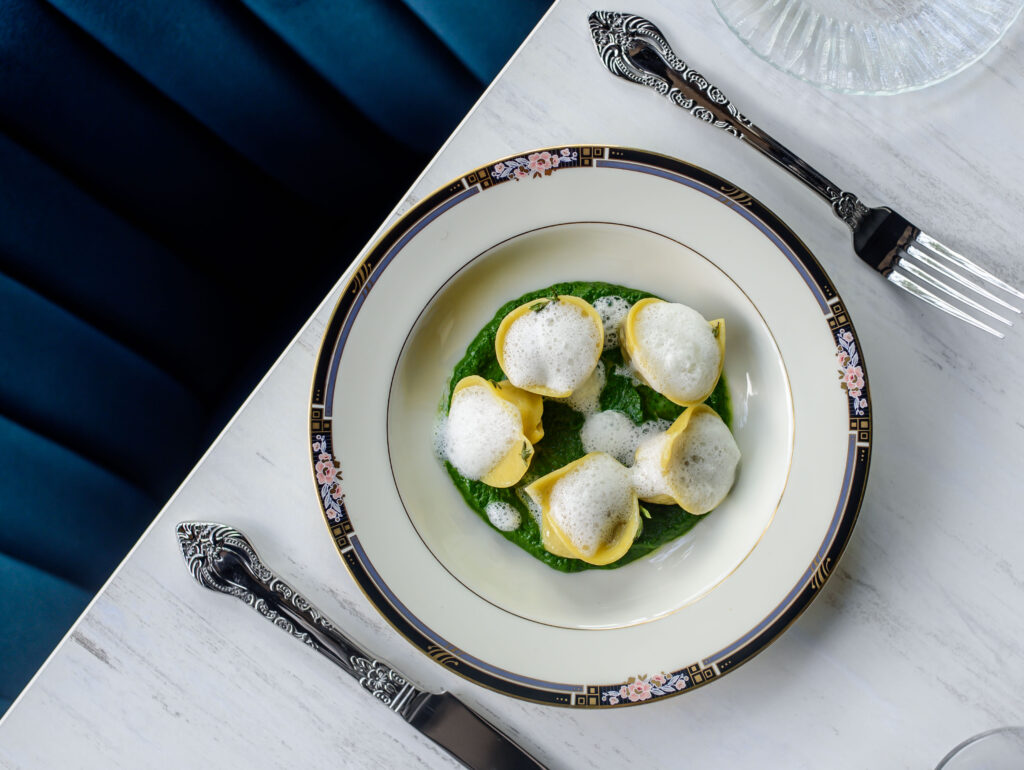 The team tapped another Naplolitano to helm the kitchen at Quattro Osteria. The chef comes from a long line of restaurateurs and grew up in the kitchens and dining rooms of his family’s businesses. With cooking in his blood, he attended Giorgio Vasari culinary academy in Tuscany and went on to work in Michelin-starred kitchens including Arnolfo and Hotel Pellicano, both located in the Tuscany region, as well as study under Entiana Osmenzesa, a famed Italian chef from the Marche region.

With 15 years of experience in Italian cuisine that spans regions throughout northern and southern Italy, he brings a 360 degree-view of Italian cuisine to Quattro Osteria with his touch of elegance and modern techniques. His menu celebrates the breadth of Italian cuisine, showcasing several regional styles of cooking using the best ingredients from each season.

Guests can leave the decisions up to the kitchen and opt for a three ($50)- or five ($75)-course tasting menu made up of menu dishes selected by the chef. Those dining at the intimate two-seat chef’s counter looking into the kitchen will enjoy a tasting menu ($125) consisting of off-menu dishes designed using premium ingredients with accompanying wine pairings available for $75. 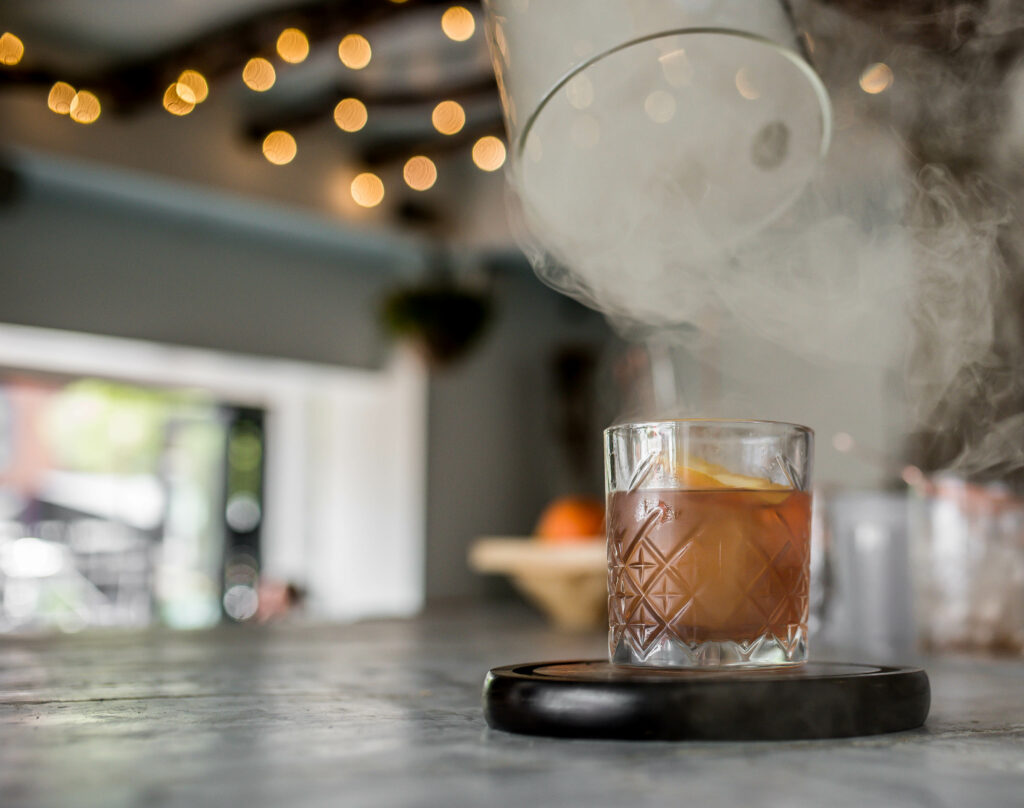 Giovanni oversees the wine program, which includes wines by the glass ($9-$16) and bottles ($38 to $150). The wine selection largely features Italian labels, with white varietals from the southern Italian regions of Campania ,Sicilia, and Sardegna and red varietals from the central and northern Italian regions of Toscana, Piemonte, and Verona. In addition to Italian labels, Quattro serves American wines such as cabernet from the Napa Valley and chardonnay.

Kevin Banegas, also head bartender at next door El Techo, developed the cocktail program at Quattro, utilizing fresh herbs and seasonal ingredients to complement the Italian fare. His creations include the show-stopping Love on the Rocks with Jefferson Bourbon, peppercorn, cinnamon, angostura bitters, which is smoked and revealed in a glass dome at the table; Music is the Answer featuring Piucinque Gin, El Silencio Mezcal, rosemary-infused campari, and amaro; and Need You Tonight made with Monte Alba tequila, campari, agave syrup, lime, and grapefruit.

Quattro Osteria is located at 600 Florida Avenue NW, Washington, DC 20001. Quattro’s hours are Tuesday-Thursday from 5 to 10 PM; Friday and Saturday from 5 to 11 PM; and Sunday from 5 to 9 PM. Reservations are available via Resy. For more information, please visit www.quattroosteria.com or call (202) 481-4044.”