I’ve noticed a significant amount of demo work going on in the former Modell’s store at DCUSA, and next door in the already vacant space that used to be Elite? something or other. They took down a couple of walls to open up the space (for what would make a much bigger single retail space) and they’re even tearing out the drop ceiling that used to be in Modell’s and the previous store next door.

It looks like they’ve opened up the entire space all the way from the old Modell’s down to the Old Navy. So every wall that used to exist (Staples, Sports Zone) is now gone to create one open space. 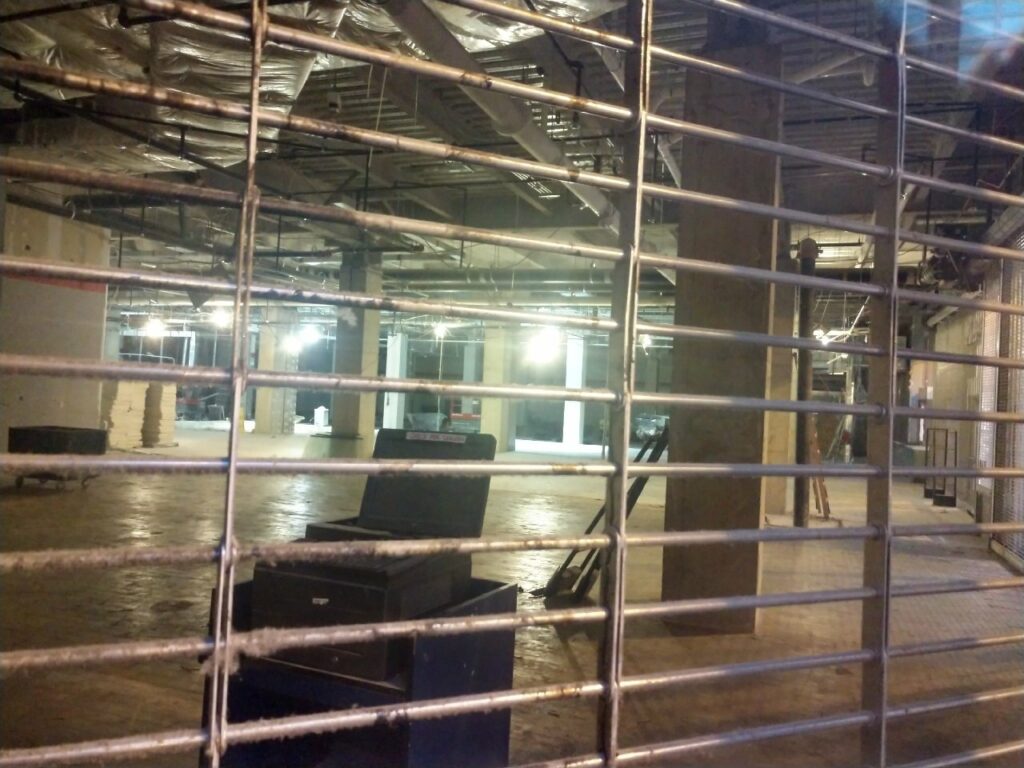 No permits or signs are posted. So I’m just curious if you’ve caught wind of what might be happening or who might be moving in?”

Strictly scuttlebutt and I don’t believe any final deals have been signed yet but I do hear rumblings that a grocery store may be interested in the space(s).

More Stories
Quest for the Best – “are there any places that do proper memphis* bbq?”“there has been a very high-pitched beeping/buzzing around Dupont Circle”