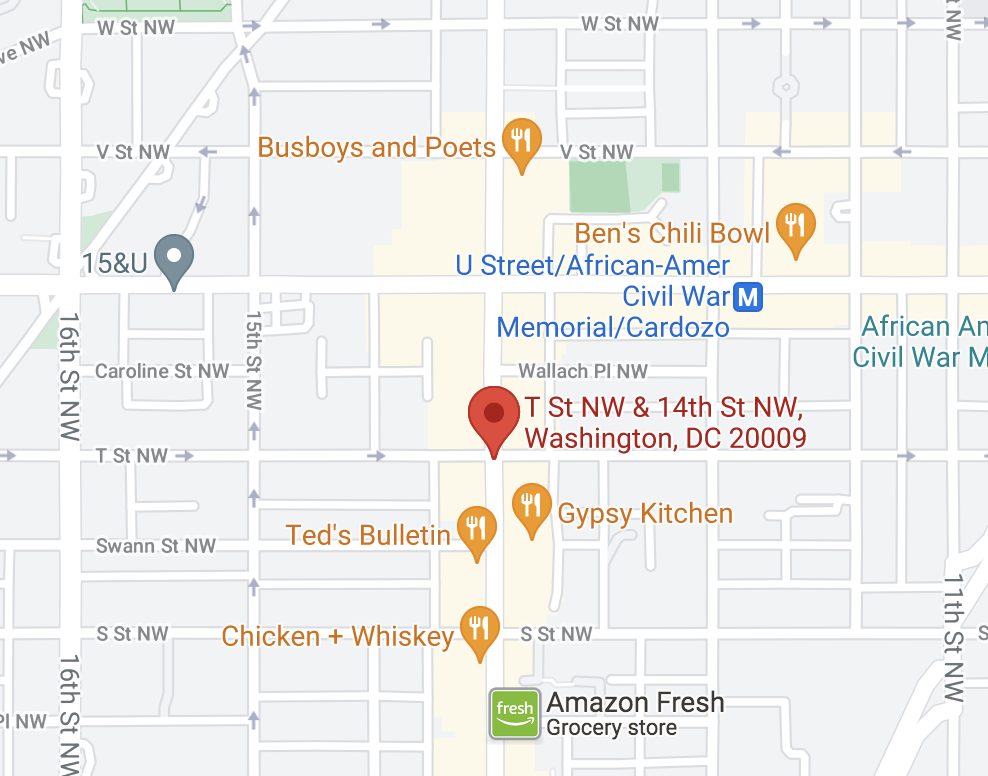 On Sunday afternoon around 4PM, my partner and I were walking South on 14th near T street. Around the intersection, we both saw a woman walking in the middle of the sidewalk toward us, and both chose to go around her in opposite directions (this was a narrow part of the sidewalk right by the little outdoor pods outside Bresca). The woman bee-lined directly toward me while mumbling something inaudibly, and as I tried to avoid a head-on collision, she open palm punched me on the side of the head, with a bag in her hand, which pushed me against a big trashcan on the sidewalk.

My partner immediately started yelling at her to stay away from us, but she tried following us as we quickly tried to crossed the street away from her in front of Lupo Verde. We had no idea what to do, or if we should call the police (it was obvious that the woman was unwell), and ultimately did not call.

I ended up seeing her again on the corner of 14th and U next to the McDonalds. Really this is just a warning for walkers to stay vigilant and if something like this happens again (hopefully not!!!), someone should be called. Just such a shocking, random attack!”