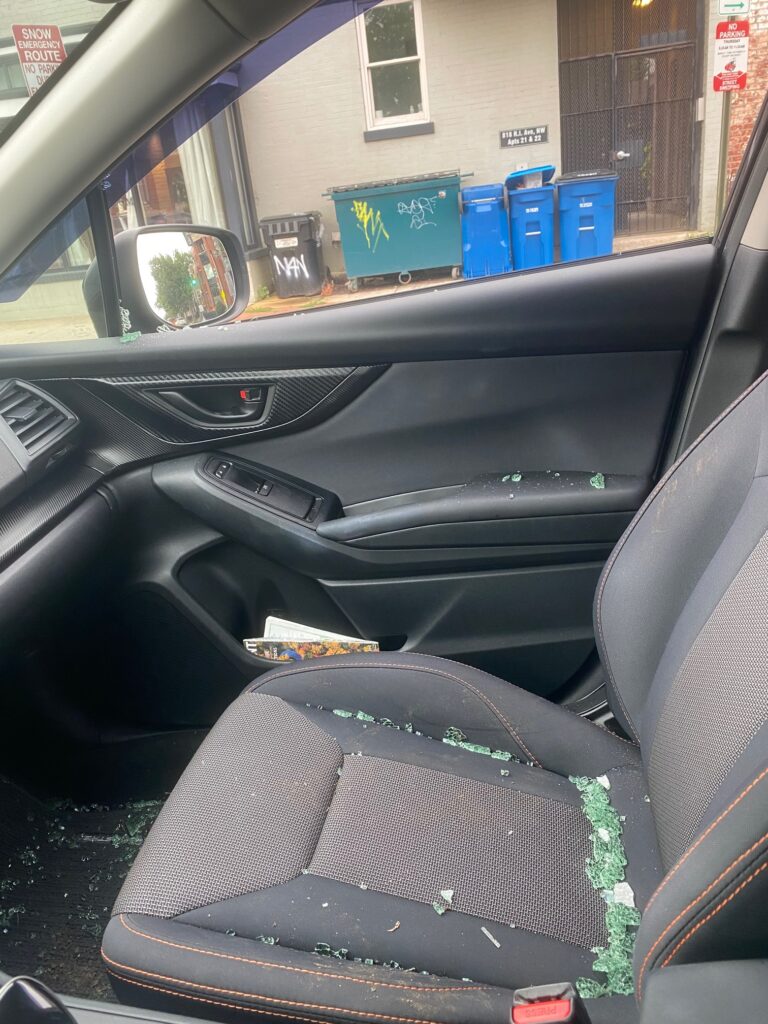 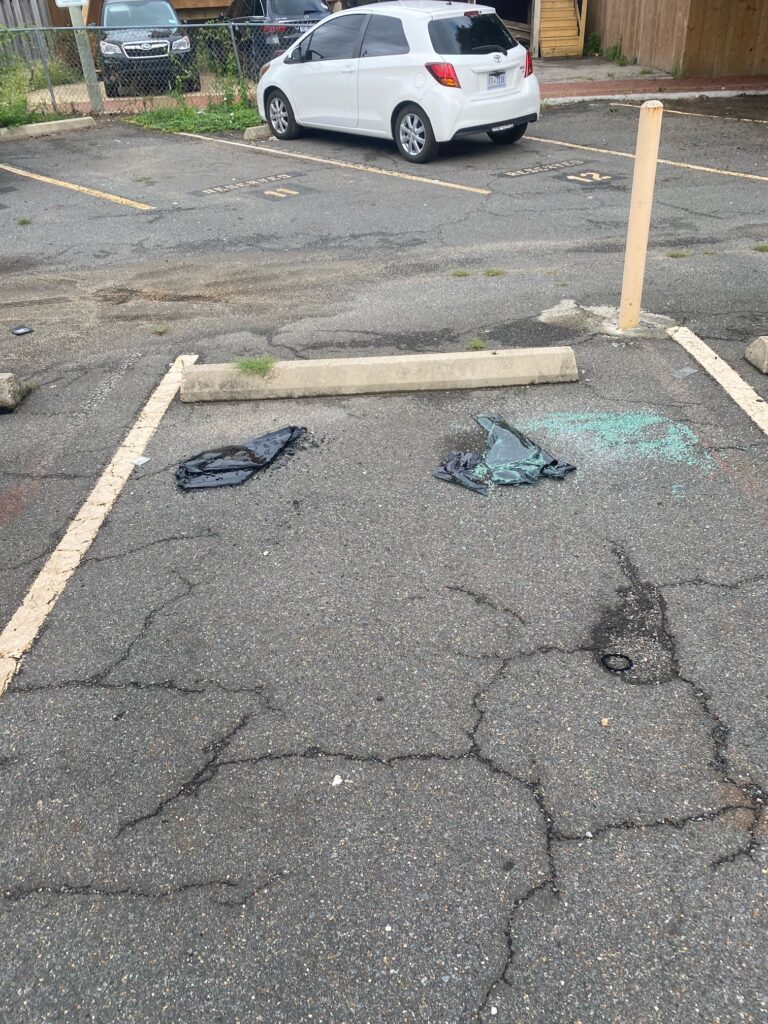 “Wanted to report at least 20 car window smashings and break ins over the last 3 weeks – they’ve been all the rear passenger window, with non valuable belongings rifled through.

There were about 6 this Monday morning through late Monday evening / Tuesday am (4 am when al the car alarms went off) – all located in the lot behind the 12th st church at 1812 12th st nw. The ground is littered with glass and you can see the aftermath.

Several of the owners have called the police to file reports and we got only 1 call back, the other times they haven’t showed up or called back. The church also does have security footage that they’re ready to share.”