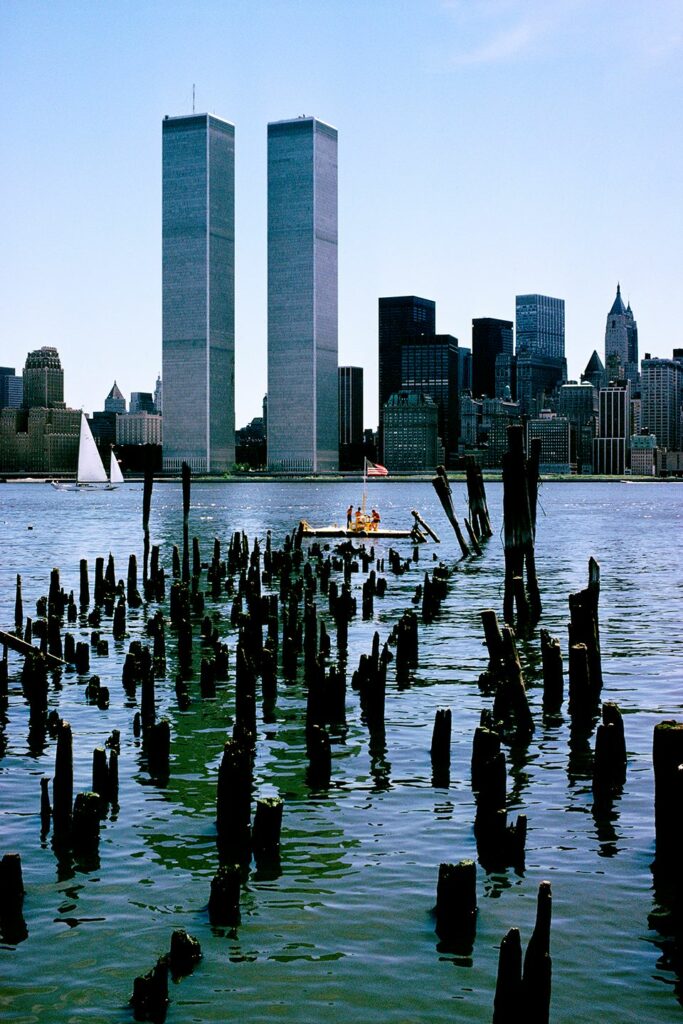 “As the United States approaches the 20th anniversary of the 9/11 terrorist attacks on the World Trade Center (WTC) in New York City and the Pentagon in Arlington, Virginia, the National Building Museum announces the new exhibition The Towers of the WTC: 51 Years of Photographs by Camilo José Vergara. Located in the Museum’s second-floor galleries, the exhibition will open on September 4, 2021, and be available through March 6, 2022.

Camilo José Vergara is one of the nation’s foremost urban documentarians. He was honored with a National Humanities Medal by President Barack Obama in 2012 and was named a MacArthur Fellow in 2002. This exhibition, which spans the years 1970 to 2021 and includes 52 images, is presented as part of an ongoing collaboration with the photographer featuring his images of the World Trade Center. The two-decade partnership with the Museum began in the immediate aftermath of September 11, 2001, with the exhibition Twin Towers Remembered (November 2001-March 2002) and the co-publication of an accompanying catalogue with Princeton Architectural Press. Vergara has also had a number of other exhibitions at the Museum since 1996, including a 2012-2013 focus on Detroit and, in 2020, a three-part online exhibition about the effect of the coronavirus on poor, minority communities. The Library of Congress will be the permanent home of his photographic archive.

“For more than 30 years, the World Trade Center defined the Lower Manhattan skyline and became truly iconic in ways that few buildings have,” said Museum President and Executive Director Aileen Fuchs. “And in their absence after that terrible day in 2001, a new skyline has emerged. Vergara’s camera and keen eye have captured this unique downtown space across five decades, and we are proud to partner with him to share them with the public.”

Driven to document America’s inner cities, Vergara, who was born in Santiago, Chile, began recording New York City’s urban landscape in 1970, the year he settled there. “I closely followed the construction of the towers,” he writes in the exhibition’s accompanying essay, “watching heavy trucks bring in steel or haul away dirt amid the noise of jackhammers and clanging metal. As they rose to become the tallest buildings in the world, I regarded them as a wild expression of mistaken priorities in a troubled time. … Eventually, my early resentment faded, and I grew to see them as great human creations. As I traveled farther away to photograph the towers from distant boroughs, they seemed to lose their solidity and become mysterious, fantastic, and alluring. … There has been much rebuilding and renewal since [9/11, and] I’ve photographed the rise of new skyscrapers built around the memorial pools honoring those who died. This exhibition is dedicated to those who perished, those who responded, and those who are rebuilding after September 11, 2001.”

The Museum will host an online program this fall with Vergara and Ben Katchor, a New York City cartoonist and illustrator best known for his critically acclaimed comic strip Julius Knipl, Real Estate Photographer, to talk about their ongoing documentation of New York’s ever-changing urban spaces.”