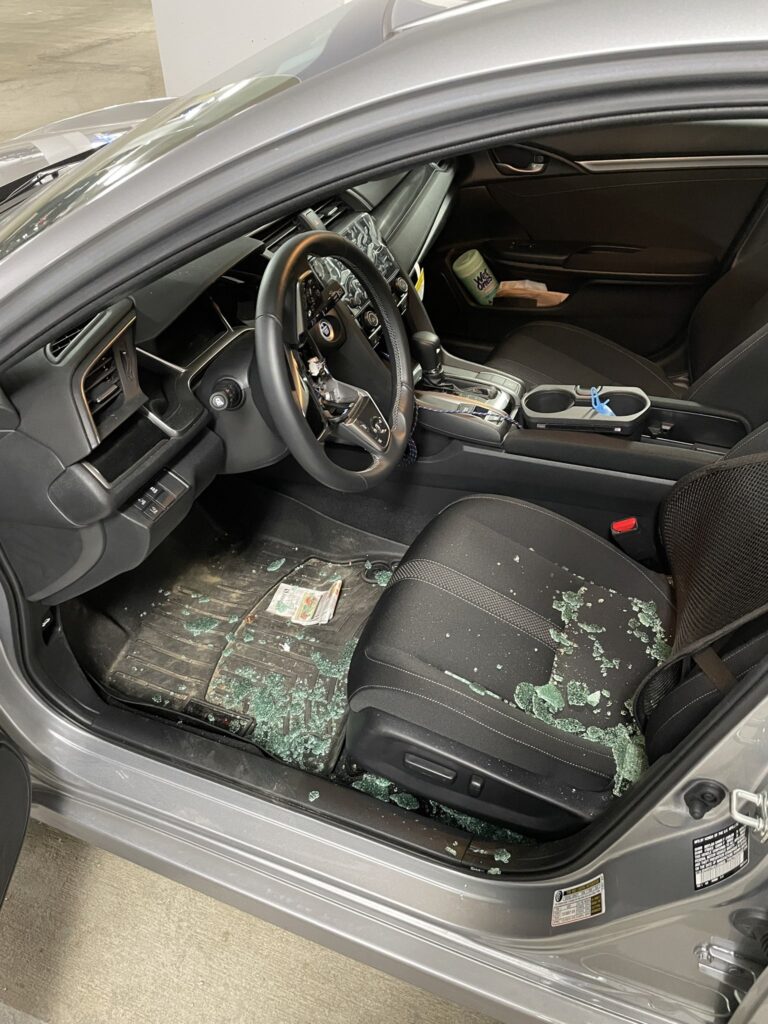 So, I called the DC Police Non-Emergency Line to report the break-in. I don’t know exactly what I expected, but I figured that

they would at least take down the vehicle information, location, time that I spotted it, etc. And maybe even send someone out to take a picture, cover the broken window with plastic, sweep up the glass, etc.! But instead, I was asked if I was the owner of the vehicle. When I said no, I was told that I couldn’t report it because I didn’t know for sure what was going on with the vehicle. As an example, I was told that the vehicle could have been in an accident and that the driver may have transported to the hospital and that police would return after ensuring the safety of the driver. I explained that based on the condition of the vehicle (only driver’s side window broken, glass on seat, airbag removed NOT deployed), I was certain that was not the case. But I was told again that because I wasn’t the owner of the vehicle, I couldn’t report anything because I didn’t know the full situation.

Has anyone had this experience? And does anyone know if this is actually the policy of the police? If so, it seems like a bad policy. I get that there are more significant crimes, but I called the police non-emergency line. It would have taken them two seconds to just write down some basic details about the situation! And who knows how long it will be until the vehicle owner discovers the situation. In the meantime, the vehicle sitting there, obviously broken into, without any reaction from the police, sends the signal that this kind of theft is totally okay.”