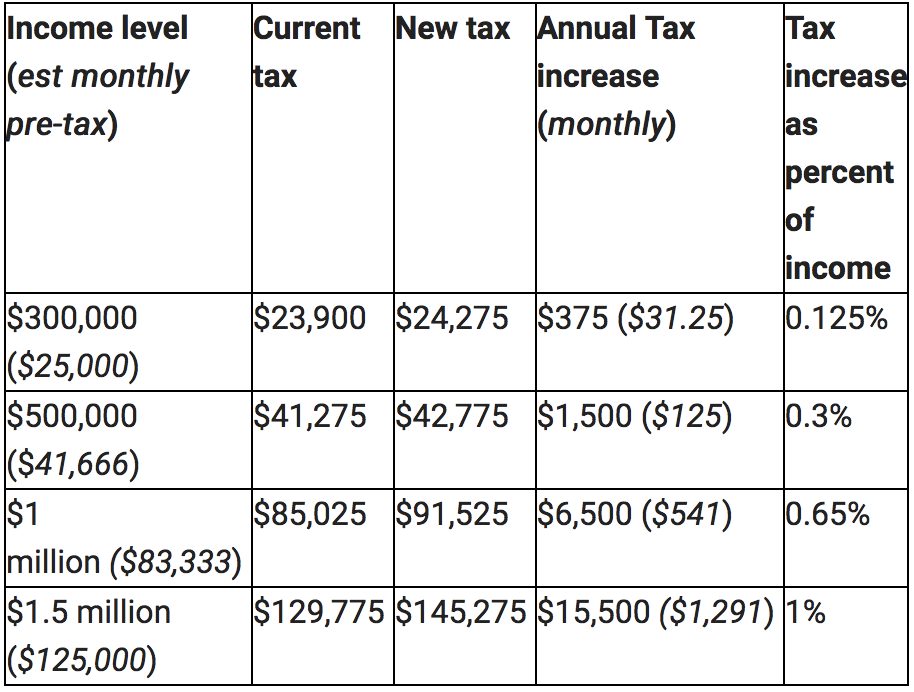 From a joint press release:

“DC Councilmembers Charles Allen (Ward 6), Brianne Nadeau (Ward 1), and Janeese Lewis George (Ward 4) will propose an amendment to the budget that would fund major goals of the Council’s landmark Birth-to-Three legislation by raising wages for thousands of early educators, make a historic investment in ending homelessness and introduce a monthly basic income for DC individuals and families earning less than $57,414 for a family of three. To fund these investments, the proposal would increase the marginal income tax rate on individuals earning more than $250,000 a year.

The proposal comes as the Council is set to hold a first vote tomorrow on the proposed budget, which includes $2.8 billion in federal dollars that will disappear in the next few years.

Statement from the three councilmembers:

“We are in a critical moment in our city’s history. Our communities are still reeling from a pandemic that hit Black and Brown families the hardest and exacerbated the stark inequality we have in the District. We cannot afford to return to a status quo that left thousands of our neighbors unhoused, our child care workers vastly underpaid, and countless DC families living in poverty. We can build on the temporary infusion of federal dollars and make a bold, permanent, transformative investment in a just recovery that leaves no one behind. By asking a little more of our wealthiest residents we can end homelessness for thousands of our neighbors, put cash in the pockets of working families who need it most, and raise wages for the predominantly Black and Brown women who provide child care.”

Below is more information on the Homes and Hearts Amendment Act of 2021:

Funds Birth to Three: District residents enjoy and benefit from free pre-k 3 and 4 education that has transformed life in the District for families and give young children a better educational foundation. There is so much learning and growth that happens for a child before age three though, and child care is expensive – often nearly as expensive as housing. And yet, childcare professionals earn on average $17-18 an hour, or $31k a year – hardly a salary that attracts many people to a new career. Starting in the next two years, these educators are required to get additional degrees and credentials, with no clear path for additional salary.

In 2018, the Council passed a groundbreaking law known as Birth-to-Three that will expand our investment to support the child care sector and ease the burden on DC families. Through Homes and Hearts , the Council will fund the first step in that law: paying early childhood professionals – who are overwhelmingly Black, Brown and immigrant women – like the highly-skilled and essential educators they are. This investment would double salaries for many early childhood educators, it would allow locally-owned small, neighborhood businesses to attract and keep great staff, and it would provide good-paying jobs for District residents – all these benefits are necessary first steps in expanding the availability of more high-quality, affordable child care

Historic Increase in Housing Vouchers: Without continued investment, we are at-risk of pricing out many families and individuals who call DC home. The plan allows District residents to make an unprecedented investment of $65 million in new housing resources that will allow more than 2,400 residents experiencing homelessness or living in unstable housing to have a safe, stable place to call home. Providing housing not only ends homelessness; it is a key part of improving the overall health of our community. These resources will also provide in some cases wraparound services that many of our unhoused neighbors’ needs.

First-Ever Monthly Basic Income: Homes and Hearts proposes a monthly stipend for families who are benefit from the Earned Income Tax Credit beginning in 2023 that builds off of DC’s existing EITC local match. That’s a lot of jargon, but at full implementation, for most of those who qualify it would mean an extra cash each month for the early 35,000 Washingtonian households benefit from the EITC.

A report by the District CFO found that it also may help the lowest-income individuals and families in the District fight the pressure of gentrification and remain in the District. The EITC helps households earning up to $57,414 for a family of three annually. In DC, the median household income for Black / African American residents is $46,201 and for Latino families is $83,170, while for white households it is $143,150. A monthly basic income is a great way to work toward racial equity by supporting households who both could use the funding most and have historically faced systemic racism and exclusion from government benefits.

Normally, residents can claim this credit when they file taxes. But we are also creating a first-in-the-nation program to provide the credit as a monthly payment throughout the year. Just as many of us pay our taxes a little every paycheck, we’ll allow those who qualify to collect a little of the credit they are due during the year. To do this, Homes and Hearts proposes increasing the District’s existing local match of the federal Earned Income Tax Credit (EITC) and converting it from an annual payment to a monthly one for households already receiving the EITC annually.

During the upcoming vote on the District’s FY22 budget, the Council will consider a proposal to raise taxes on income over $250,000. The tax increase will only impact around 5% of District residents, and even among those high-earners, the burden will mostly fall on those who earn over $1 million in a year. We can accomplish all of the above while very few residents will see their tax bill increase by even 1% of their total income.

Reminder, for high-income households, DC has the lowest total tax burden in the region: 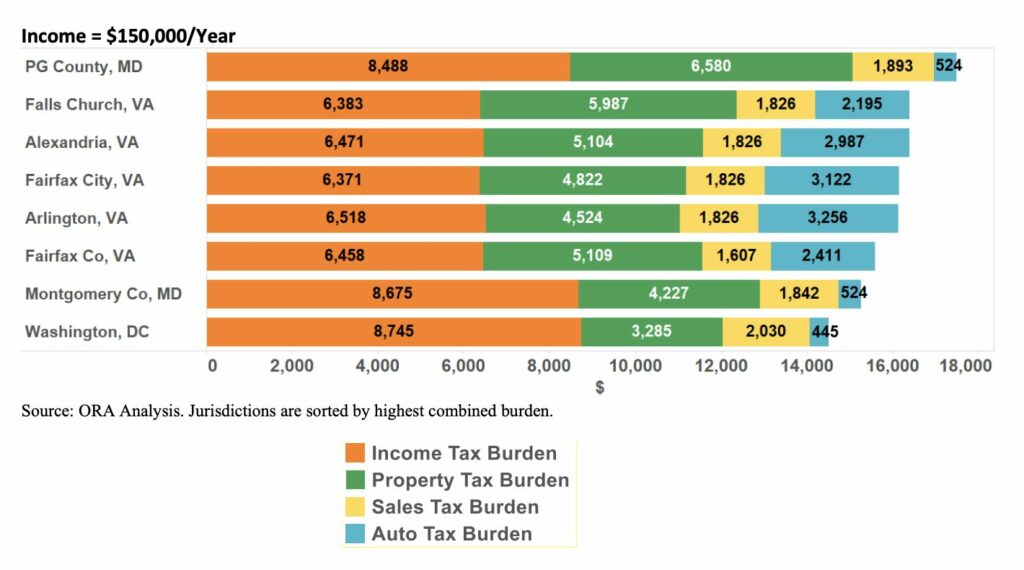 Read more →
More Stories
Mayor Bowser to DC Council, “I am directing the Metropolitan Police Department to use any overtime necessary to meet our public safety needs.”“Live music is back at the National Gallery of Art Sculpture Garden!”