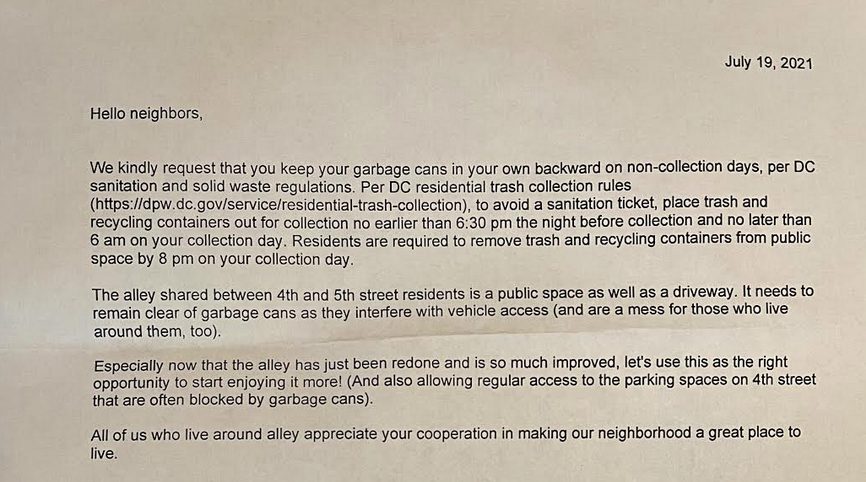 letter was signed by six neighbors

Background: I’ve been living in the house here for over a year, and have never had any issues with our trash cans being lined up in the alley. Furthermore, there are several large trash bins and other smaller trash cans in the alley as well (belonging to the condo building). There’s nowhere else for us to keep our trash bins (DC has been faithfully picking them up and emptying them from the alley for well over a year), and when we moved our bins to the front of the house after an initial request, they were not emptied.

Also for the record, this letter was only delivered after I caught a neighbor from the other side of the alley dragging my trash can to the front of my house and confronted her about it – I had woken up to my trash can being moved several times and only now realized it was her moving it. I confronted her about it and told her to please write a note if she’s going to keep playing hide and seek with my bins.

I have never received a sanitation ticket for the placement of the bins, and there have always been 15-20 trash and recycling bins there for as long as we’ve lived here.”