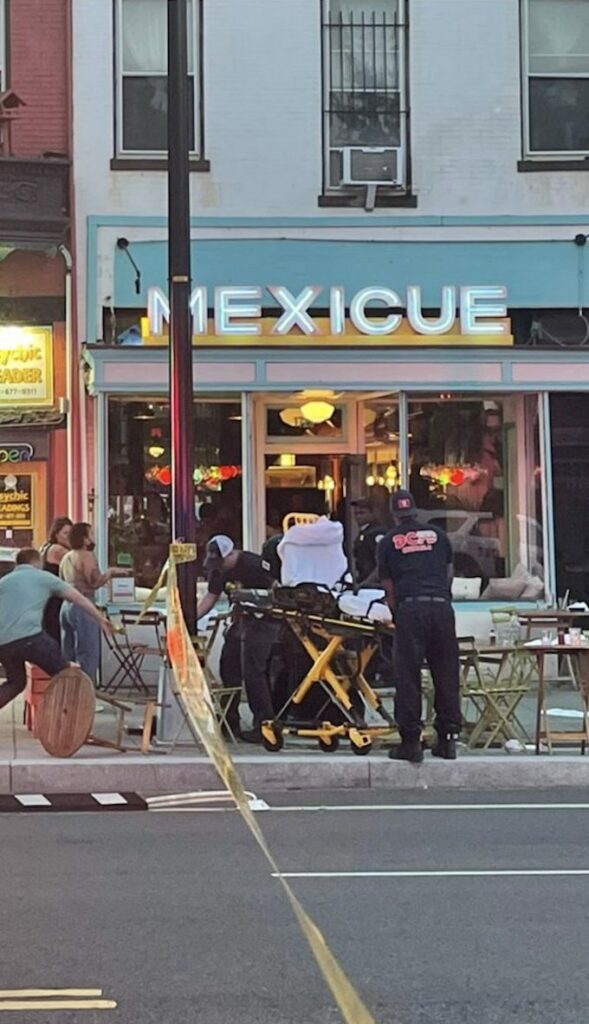 “Detectives from the Metropolitan Police Department’s Third District seek the public’s assistance in locating suspects and a vehicle in reference to an Assault With Intent to Kill (Gun) offense that occurred on Thursday, July 22, 2021, in the area of 14th and Riggs Street, Northwest.

At approximately 8:20 pm, members of the Third District heard the sounds of gunshots and responded to the listed location. Upon arrival, members located two adult male victims, both conscious and breathing, suffering from gunshot wounds. DC Fire and Emergency Medical Services responded to the scene and transported the victims to area hospitals for treatment of non-life threatening injuries.

The suspects and vehicle, described as an older black sedan, were captured by a nearby camera and can be seen in the photos below:

Anyone who can identify these suspects, and/or vehicle, or has knowledge of this incident should take no action but call police at (202) 727-9099 or text your tip to the Department’s TEXT TIP LINE at 50411. The Metropolitan Police Department currently offers a reward of up to $10,000 to anyone who provides information that leads to the arrest and conviction of the person or persons responsible for a violent crime committed in the District of Columbia.”

“Chief Contee is on scene at the shooting that occurred at 14th and Riggs Road NW and will provide a live update at 14th and S St NW. Stay tuned for more updates.”

Chief Contee provides an update to the shooting that occurred near the intersection of 14th and Riggs Streets, Northwest. https://t.co/5OLKNqyAIH

Insane shooting on 14th. Heard maybe 20 gunshots and people are being treated in ambulances @PoPville pic.twitter.com/Xuvdvz1TKz

“shots fired between 14th and P and 14th and S St NW. now a major police presence. Everyone on the Red Light patio immediately jumped under the tables” 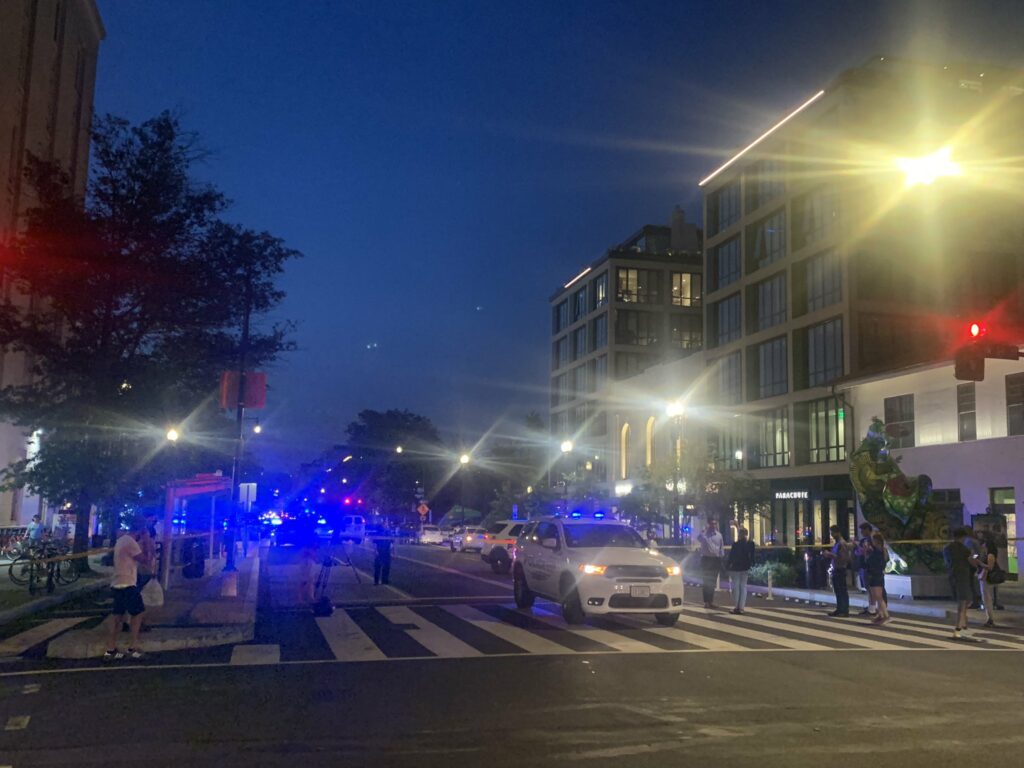 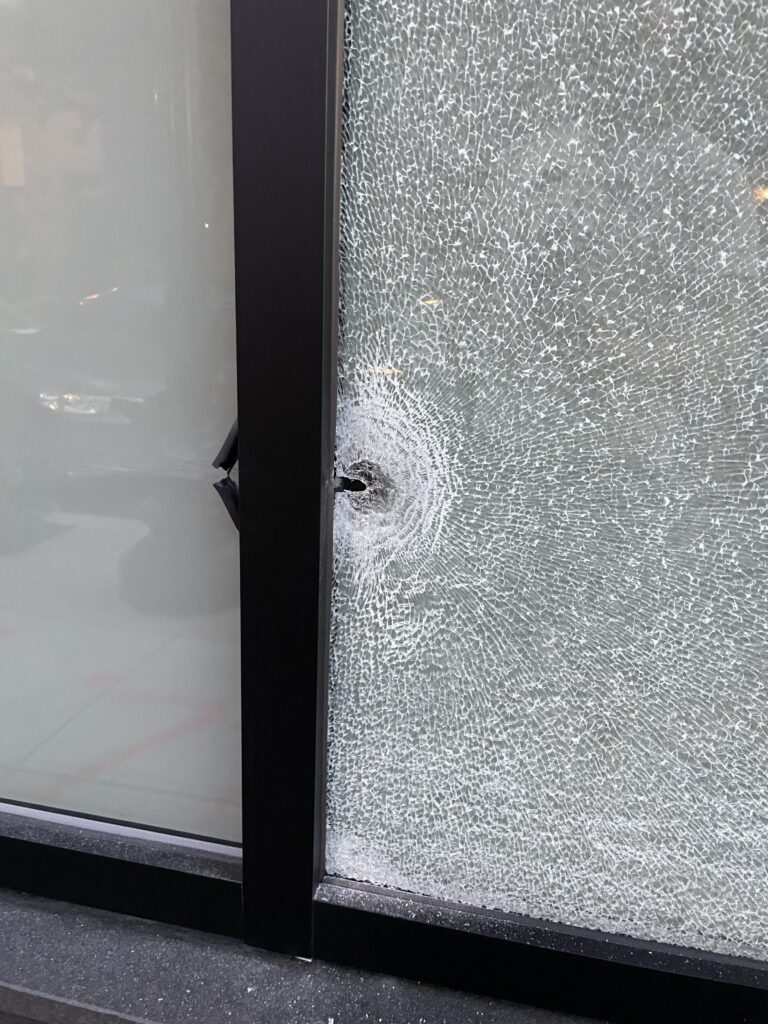 Others reported: “Multiple gunshots at 14th and R. At least 20.”

You can clearly hear the gunshots here from our Nest cam. Police responded immediately @PoPville pic.twitter.com/QSd6BGHsod

“I was out to dinner with friends at the shooting on 14th – we were at Mexique and shooting was right outside. Someone was being treated by EMS when we went out the back” 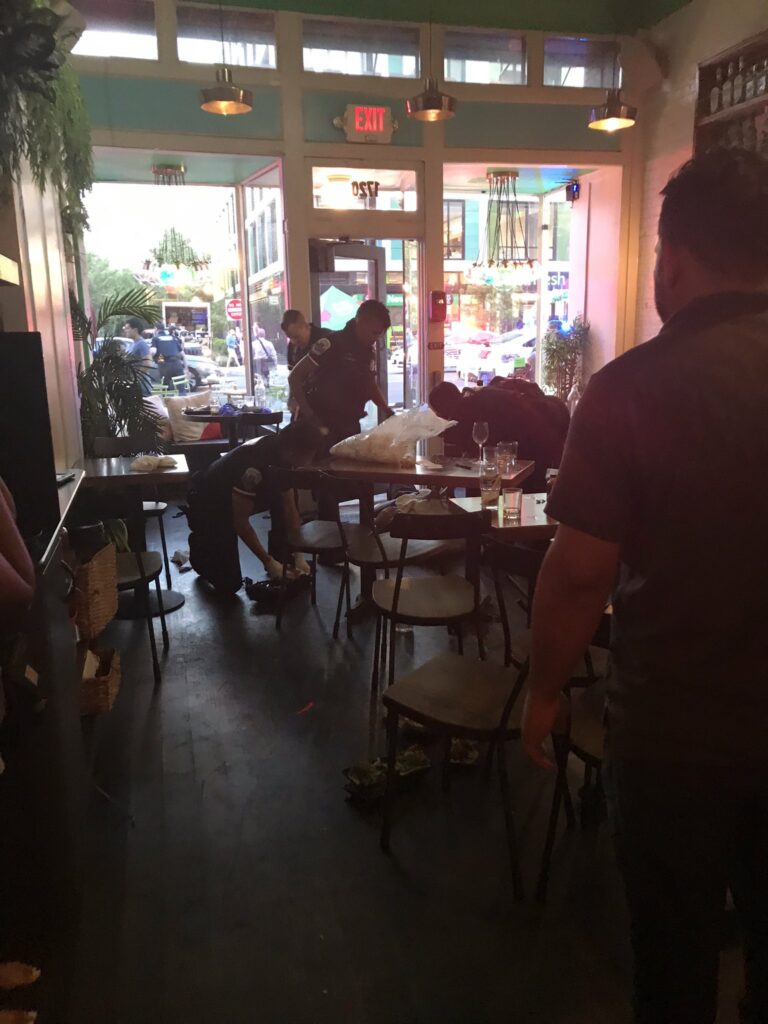 “At dinner outside on 14th Street–as I was literally talking w/ friends about gun violence in this city, we heard about 20 gunshots fired a few blocks away & then saw people running down 14th.”

earlier around 7pm there were reports of shots fired a bit further north in Columbia Heights: