“Earlier today officers responded for a reported shooting victim inside the Starbucks located at the corner of M Street, NE and First Street, NE. Upon arrival officers located a victim suffering from a non-life-threatening self inflicted gunshot wound. Officers located the weapon, which was a 9mm Glock handgun with an extended magazine. In addition to the weapon, officers located and seized roughly 8 pounds of marijuana and $,200 from the victim’s vehicle.” 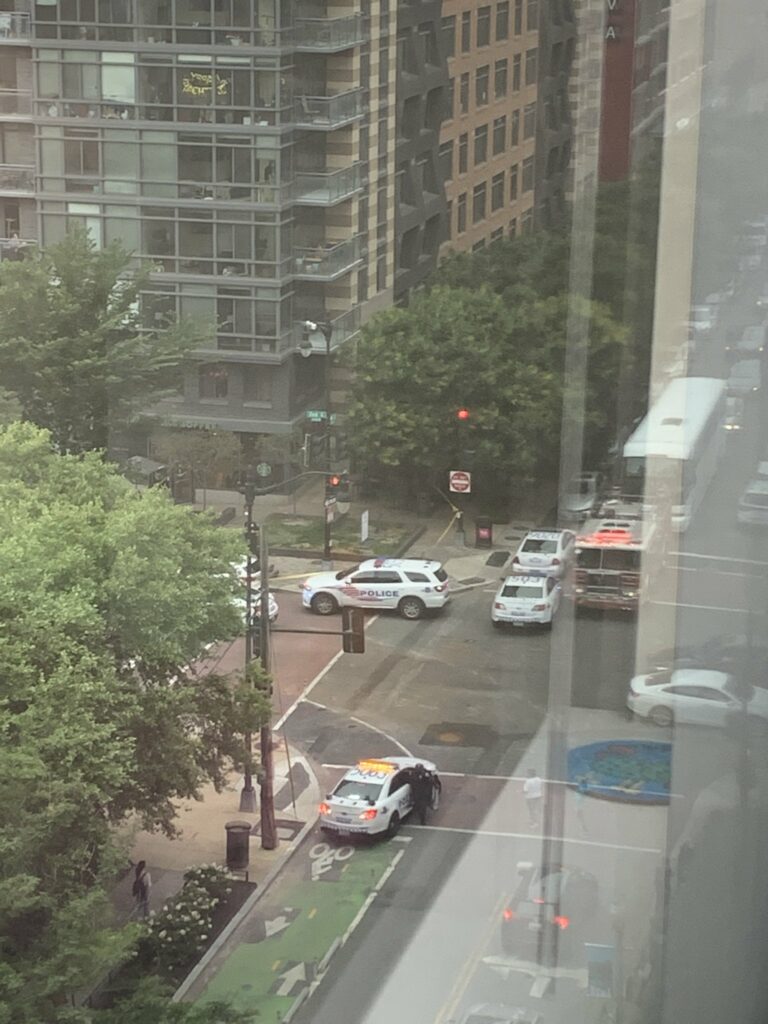 “NoMa is having a week…Something happened at Starbucks. ~6 cop cars, a fire truck and an ambulance” 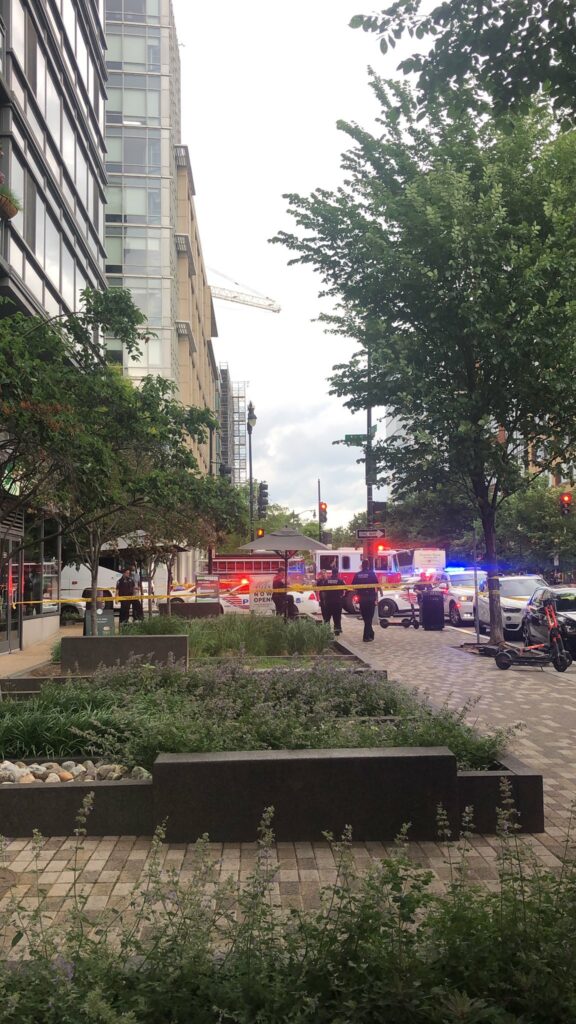 Megan reports: “Just heard from a neighbor that someone was shot near the Starbucks.”