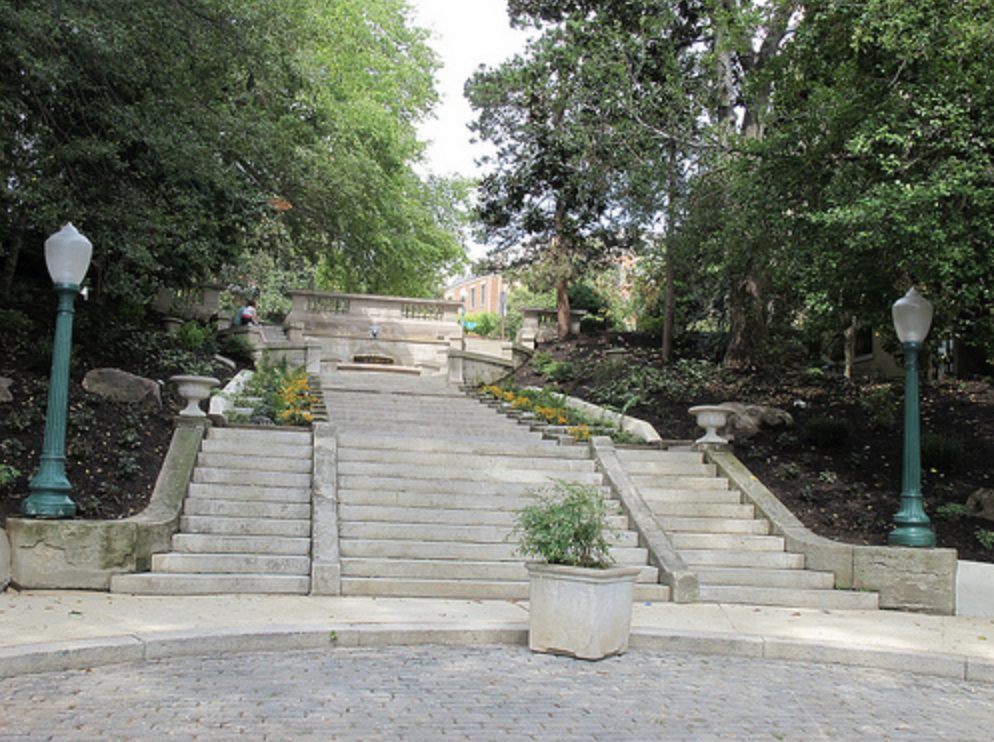 A guy who has been doing some pretty creepy stuff in the north dupont and kalorama area the last few days. It’s getting a lot of discussion on nextdoor and my building listserv. Just want to make sure people are aware because it’s pretty frightening to me.

There’s a guy who has been spotted following people (mostly women) around the neighborhood last night and this morning. Spotted around Dolcezza on Connecticut, near the Spanish Steps, near 18th and S, and on the 2100 block of S Street.

According to my listserv the police said he was arrested just a few days ago for groping a woman around Q and 19th. He was allegedly taken away by police this morning from the 2100 block of S but it’s not clear what’s going to happen to him.

Description: white, about 5’11, skinny, sharp features. Wearing a black tracksuit with a white stripe on the shoulder, a blue t-shirt underneath, and reddish shoes of some kind. Face a face mask (blue surgical kind), but it was underneath his chin. Described as looking mentally unwell.”

Read more →
More Stories
“Today the National Building Museum announces its 2021 Summer Block Party: Inside Out.”Today’s Rental was chosen because it looks pretty slick and I was curious where Murdock Mill Road was