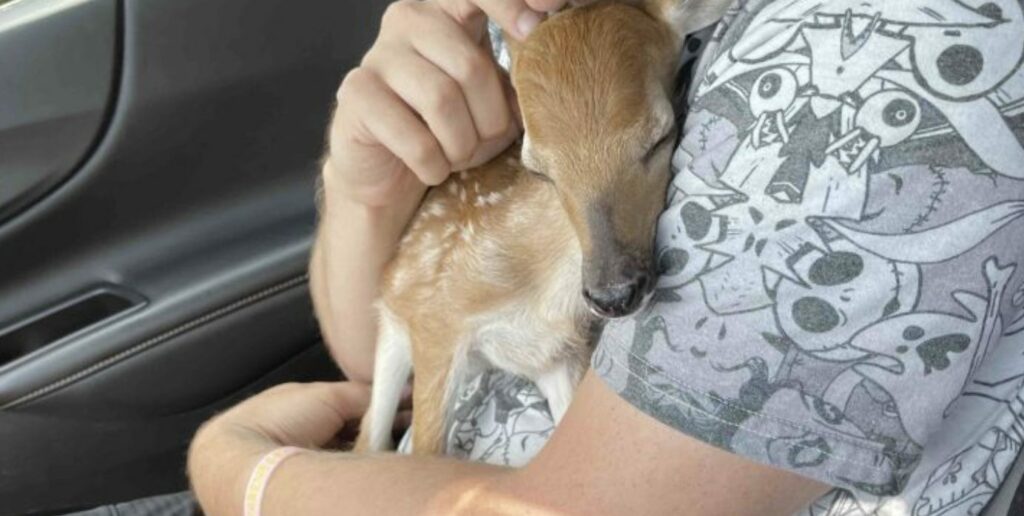 We found a very small baby fawn (could barely walk) next to her mother who was killed.

There was nobody in the DC area that would take her, she was due to be euthanized since her mom was dead. My fiance I an said absolutely not and took her to the closest rescue who would accept her, which was Friskys Wildlife Rehabilitation. They’re county, state, and federally licensed but since they’re a 501 (c) 3 Organization they don’t receive ANY funding. The estimated cost for the fawns care is $1,350 dollars for 4.5 months. I have all the paperwork for tax deductions, General info about the wildlife center, EVERYTHING. I would be willing to get it for anyone willing to help.

The people who own the rehab were a old husband and wife duo. So sweet and nice.

I forgot to include Friskys is located in Woodstock, MD. We took her from DC to there as that was the closet place that would accept her!

Anyone interested in donating or just her recovery in general; we will actually get to follow it step by step until she is released!!!!! So this wouldn’t be like a donation and done never to hear anything again!!! Everyone can follow along with her progress!!!!” 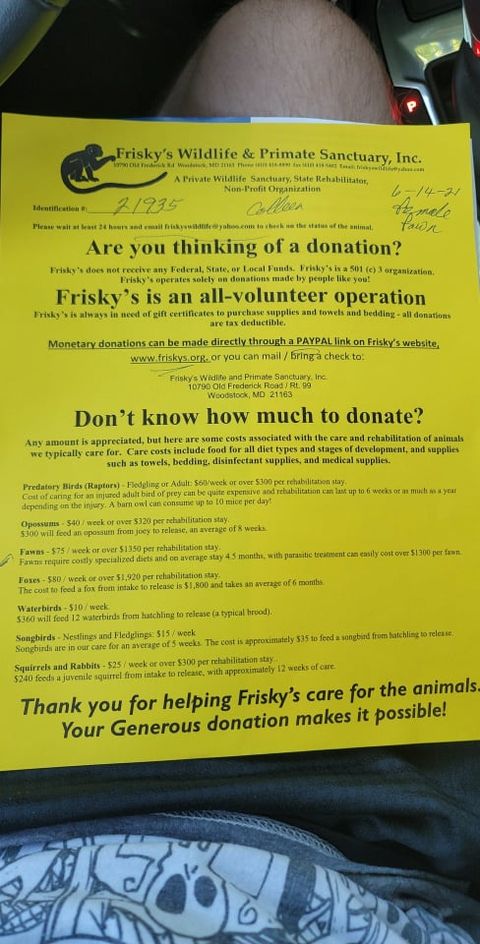