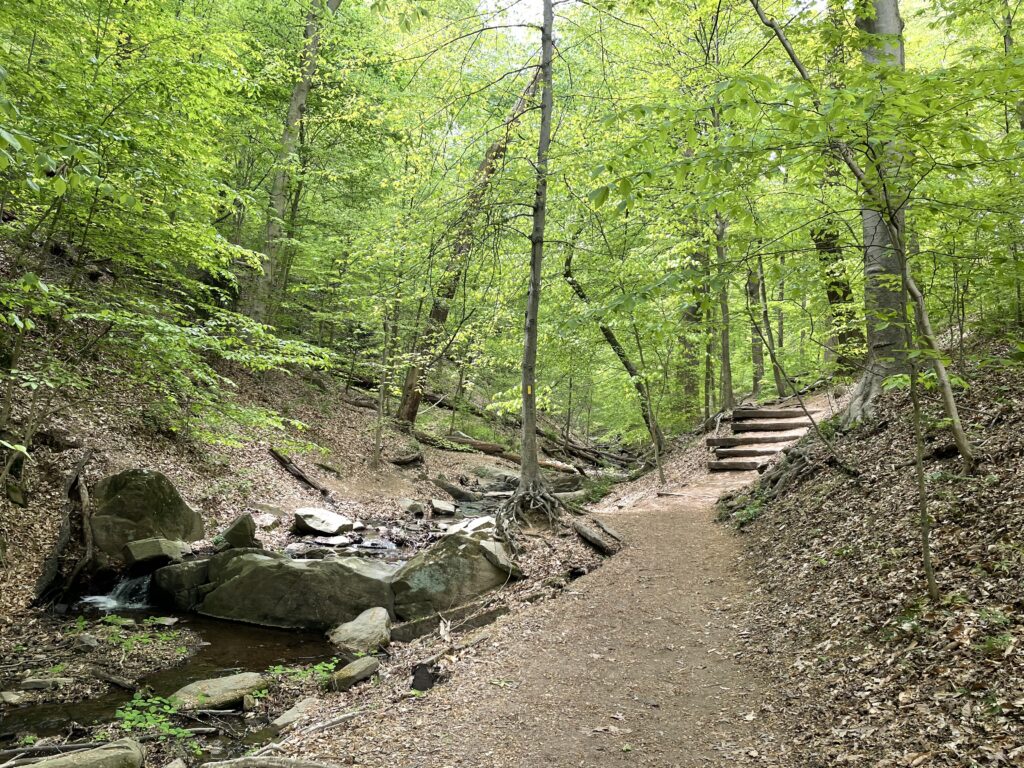 From the Trust for Public Land: 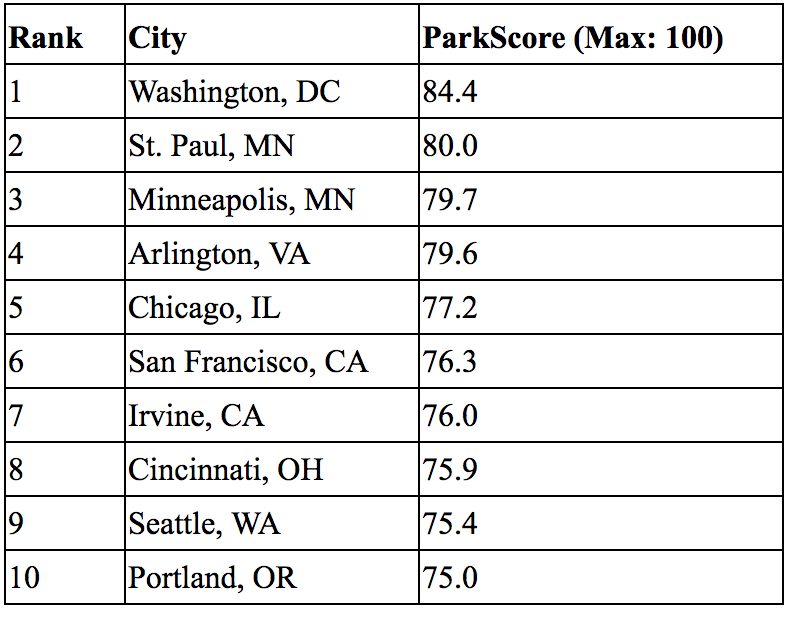 Washington performed strongly on all ParkScore rating factors and claimed the top spot based on strong scores for park equity, which was added to the rating system for the first time this year. In the District, 98 percent of residents live within a 10-minute walk of a park, far exceeding the national ParkScore index average of 75 percent. Residents of Washington neighborhoods where most people identify as Black, Hispanic and Latinx, Indigenous and Native American, or Asian American and Pacific Islander have about equal access to park space as residents of neighborhoods that are predominantly white.

The District’s ParkScore ranking was also boosted because the city reserves 24.1 percent of city area for parks, far exceeding the national average of 5.4 percent. The city earned strong marks for park investment and park amenities.

“We already loved our parks, but over this past year, as Washingtonians have made it a priority to spend more time outside, we have developed an even greater appreciation for our ability to play and gather in beautiful outdoor spaces across DC,” said Washington, DC Mayor Muriel Bowser. ”We’re happy to be back in the number one spot, and we’ll continue to make convenient access to world-class parks and playgrounds a priority for residents in all eight wards of DC.”

MEASURES OF PARK EQUITY ADDED IN 2021

For the first time in the study’s 10-year history, the 2021 ParkScore® index includes measures of park equity. The new equity measures were inspired by the national awakening on racial justice and The Trust for Public Land’s longstanding commitment to equitable park access and quality. The data revealed significant disparities in park space across racial and economic lines.

“In a majority of ParkScore cities, white neighborhoods and high-income neighborhoods have a disproportionately higher share of park space,” says Linda Hwang, The Trust for Public Land’s Director of Innovation and Strategy. “That’s not right and it’s not fair. The Trust for Public Land believes there should be a quality park within a 10-minute walk of home of every person in America, and we are committed to centering equity as we advocate for parks and open space in cities throughout the United States.”

To complement the annual ratings list, The Trust for Public Land today released a groundbreaking report describing how parks are working to improve equity and address other problems facing cities. The report, Parks and an Equitable Recovery, found that across the 100 largest cities, there is a significant disparity in who has access to available park space, and the disparity falls across racial and economic lines.  The report also details how parks are critical components of our recovery from the pandemic, economic recession, climate crisis, and longstanding racial injustice.

According to the Trust for Public Land’s 10th annual ParkScore® index, Washington, DC, has the best city park system in the country.

The ParkScore® index ranks park systems in the 100 largest U.S. cities and is widely considered the gold standard for park evaluation. The 2021 edition reported that 75 percent of residents across all ParkScore cities live within a 10-minute walk of a park, the highest access score in the index’s 10-year history.

Twelfth-ranked Boston and sixth-place San Francisco remain the only ParkScore cities where 100 percent of residents live within a 10-minute walk of a park or other public open space.

The number of dog parks increased by more than two percent, continuing the trend first reported by The Trust for Public Land five years ago.

For the last 10 years, ParkScore rankings were based on four factors, and this year, a park equity measure was added. This new rating factor was added to help city leaders understand and prioritize equity when making decisions about parks.

· Park access measures the percentage of residents living within a 10-minute walk of a park;

· Park acreage is based on a city’s median park size and the percentage of city area dedicated to parks;