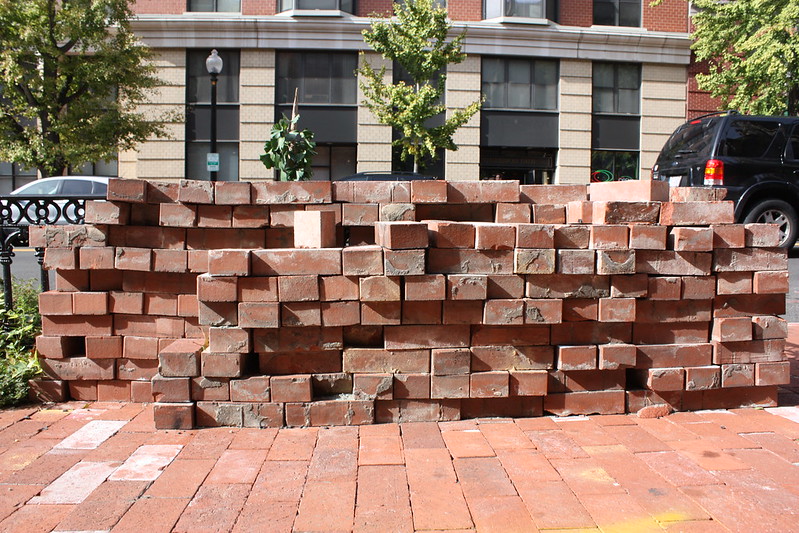 I could use the collective architectural savvy of the commentariat. We have a fairly typical end-unit brick rowhouse, approximately 1,000 sqft above grade. We need to get the brick tuck-pointed/repaired on two sides (the rear was done shortly before we moved in). This seems straightforward, but we’ve been having a fair bit of trouble.

There are two main issues and associated questions for the hivemind:

1) We are having a heck of a time just getting estimates. We’ve contacted several masons about the work, half never responded, and a couple of the ones that did just never showed up! 1a) Has anyone who has had this done on a similar property, and if so, can you recommend a *reliable* contractor?

2) Of the two contractors that *did* bother to show up, the estimates were WILDLY different. To the tune of a delta of $11,000. Not total, that’s the *difference* between estimates. Obviously, this has left us without any reliable price signals on which to make a decision. 2a) So…as above, if anyone has done this for a similar property, what did you pay? Did you also get absurdly divergent estimates?”

More Stories
Home Roof Decks, worth the coin?Today’s Rental was chosen for those who’ve always wanted to live on a houseboat (all of us?!?) but don’t want to buy one