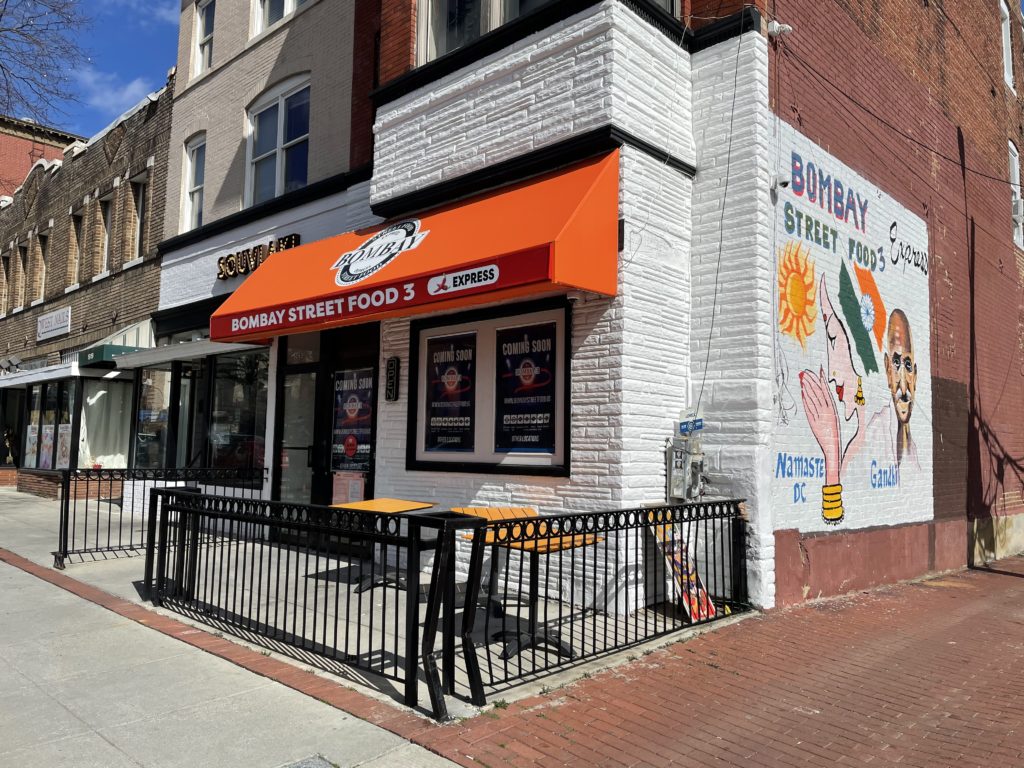 In addition to Bombay Street Food 1 and 2, Sheikh currently runs and operates three locations of the fast causal Butter Chicken Company, with a fourth location coming to Dupont Circle this Spring. The new outpost of Bombay Street Food 3 is the first “Express,” offering the ideal spot for a more casual, well priced, yet authentic Indian meal. The decor reflects the city of Bombay and its culture, including a mural featuring Ghandi on the wall outside.

The menu at Bombay Street Food 3 Express features some new dishes, like Aloo Tiki with potato, chickpeas, and chutney and Chicken 65, a spicy red sauce with curry leaves. The menu will also feature a mix of classic Bombay Street Food favorites like Butter Chicken and Chicken Tikka Masala to street food dishes like Vada Pav one of Bombay’s most popular street snacks. Considered Mumbai’s take on the veggie burger, it’s is made of a spiced mashed potato mixture, which is deep fried into a patty, packed into a white fluffy bun, and garnished with a variety of different chutneys and spices for seasoning. The Thali Platter will be served at this location as well, but caters to one person, instead of the usual two. It offers 8 to 10 varieties of different curries including goat, chicken and lamb, as well as saag panner (spinach with Indian cheese), baingan bharta (roasted eggplant), yellow lentils and tandoori chicken. A Vegetarian version is available as well. 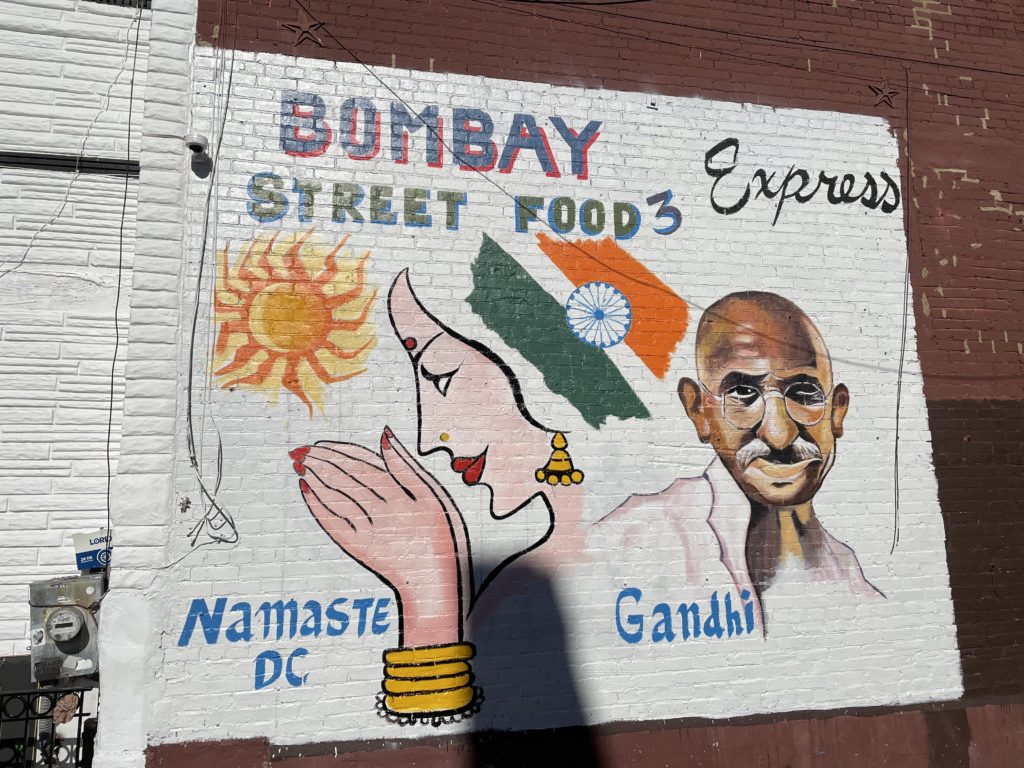