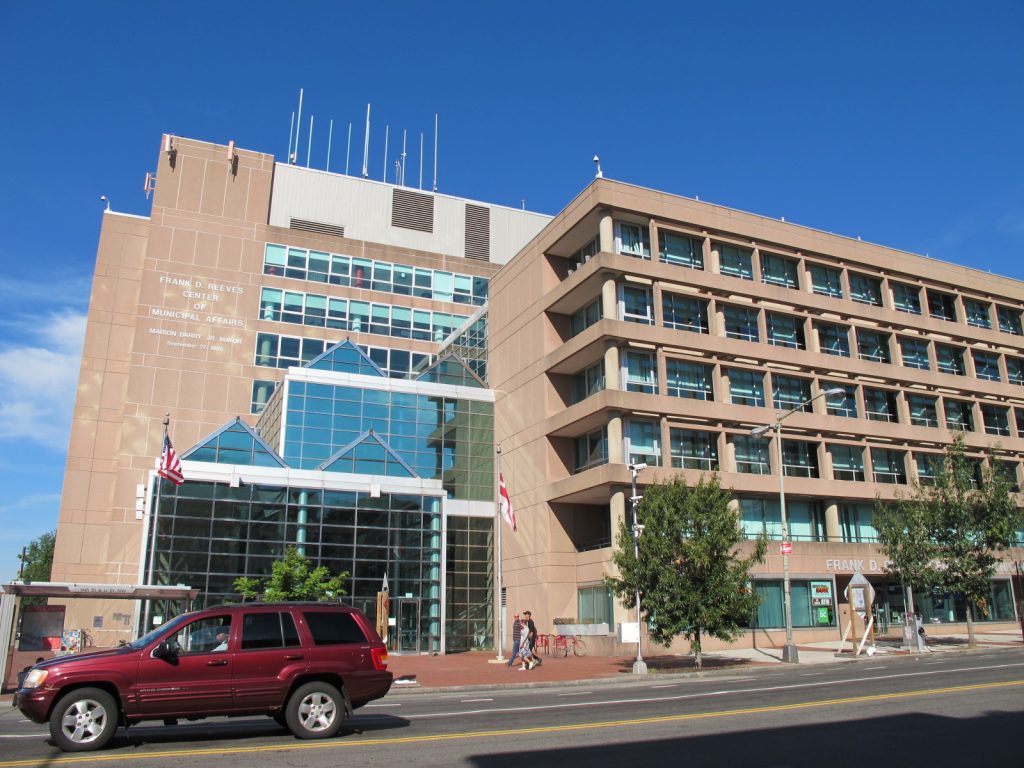 Long-time resident of the neighborhood around 14th & U, NW. Starting last summer someone started playing loud amplified noise, sometimes live, with instruments and singing, but usually recorded, every weekend, and sometimes weekdays, for hours on end, using the Reeves Center’s electrical outlet as their power source. They play the same thing over and over. It stopped over the winter but restarted today (Wednesday) at 330pm. I enjoy live music, but this is repetitive and annoying, especially while we are all confined to our homes. Has anyone else noticed it?”

Another nearby resident wonders the same:

“I want to know if anyone is struggling with recent noise issues related to the child and the adult who accompanies him — they’ve for months been on the corner of 14th and U NW in front of the Reeves Center. I have no problems with street performing, but they use industrial-strength speakers and they are LOUD – I can hear him (and the interlude tunes played off an phone) in my apartment more than a full block away. He used to only perform on Fridays, but recently he has performed mid-week as well. This has started as early as 2 pm, right in the middle of the work day.

Many of us are working from home, but it seems the city has decided an unnecessarily loud street performance trumps the rights to a livable environment of those in the surrounding neighborhood.

I’ve called 311, DCRA and MPD, all of which say they’re powerless to enforce noise complaints until 10p. This is despite DCRA’s Noise Handbook noting commercial zones have a 65 decibel limit. Sometimes MPD says they have permits, though I’m not personally aware of whether that would nullify existing noise ordinances (which MPD apparently doesn’t know exist). My ANC rep has tried to get on top of this, too, but to no avail.

I just feel out of options, defeated and like no one in the city government cares one bit about the issue. I’m wondering if others have also lodged complaints, as there’s a perfectly reasonable solution for coexisting –just simply to turn the volume down to a street-level noise.”