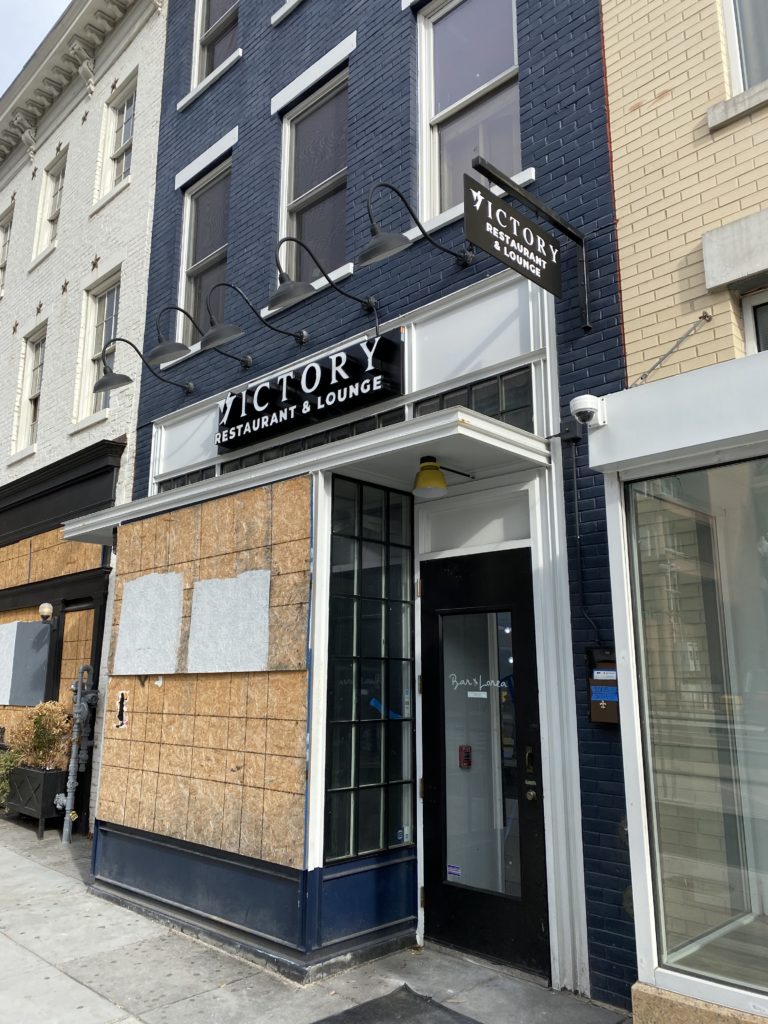 Thanks to Zack for sending. Bar Lorea closed after a brief residency here back in January 2020. Prior to Bar Lorea this space was home to Diet Starts Monday, The BBQ Joint, Den of Thieves, Hanoi House, and Blackbyrd Warehouse space. Check out Victory’s Miami menu here. From Victory Restaurant and Lounge’s DC IG:

“Hope you guys are ready for the next location in Washington, D.C. @victory_washingtondc it’ll be 2 levels featuring a rooftop deck with a retractable roof! opening on New Years #PrivateInviteTablesOnly”

“Chef Tobias Dorzon was born and raised in the Washington, D.C. area, where he grew up watching his Liberian father and chef in the kitchen. Chef Tobias initially opted to pursue football and attended Jackson State University on a full athletic scholarship.

After 3 years in the NFL and CFL, Chef Tobias eventually decided his true calling was in the kitchen. He went on to study at the Art Institute of Washington and abroad in Brazil, before apprenticing at local restaurants. Over time, he grew his meal prep and catering businesses and opened The Victory Truck in Washington, DC in 2018. His culinary masterpieces have drawn attention on social media and led him to television where he has won Guy’s Grocery Games on Food Network on multiple occasions.

When he isn’t cooking, he’s preparing and serving his food to the homeless, speaking to youth groups and, most importantly, spending time with his 2 beautiful daughters.”

Read more →
More Stories
Your Afternoon Animal FixWhat the Helen of Troy is This? Hall of Fame edition