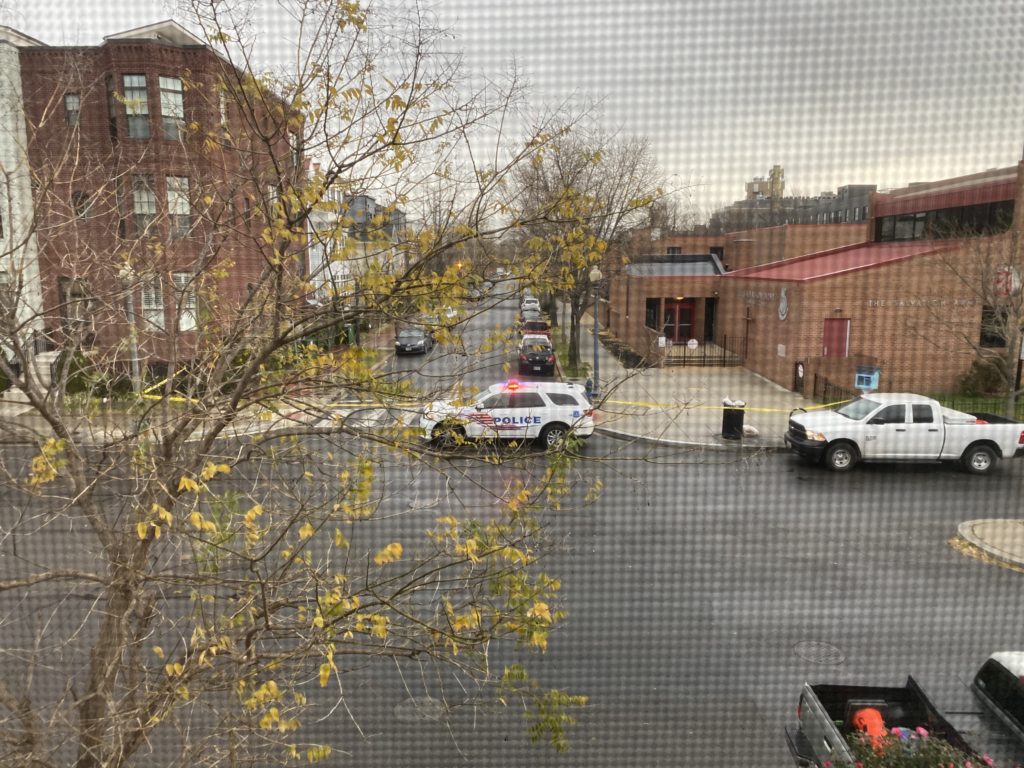 A reader reports: “Morton Street is still blocked off from the shooting last night around 8pm. MPD I spoke to said that no one heard the shots (we were 300 feet away, outside and didn’t either).”

MPD reported around 9pm: “Alert: Shooting Investigation in the 700 block of Morton Street NW. No Lookout”

“Detectives from the Metropolitan Police Department’s Homicide Branch are investigating a homicide that occurred on Thursday, December 3, 2020, in the 700 block of Morton Street, Northwest.

members of the Fourth District responded to the listed location for the report of a traffic accident. Upon arrival, members located an adult male, inside of a vehicle, suffering from a gunshot wound. DC Fire and Emergency Medical Services responded to the scene and transported the victim to a local hospital for treatment of life threatening injuries.

On Friday, December 4, 2020, the victim succumbed to his injuries and was pronounced dead.

The decedent has been identified as 25 year-old Devonte Wilson of Northwest, DC.