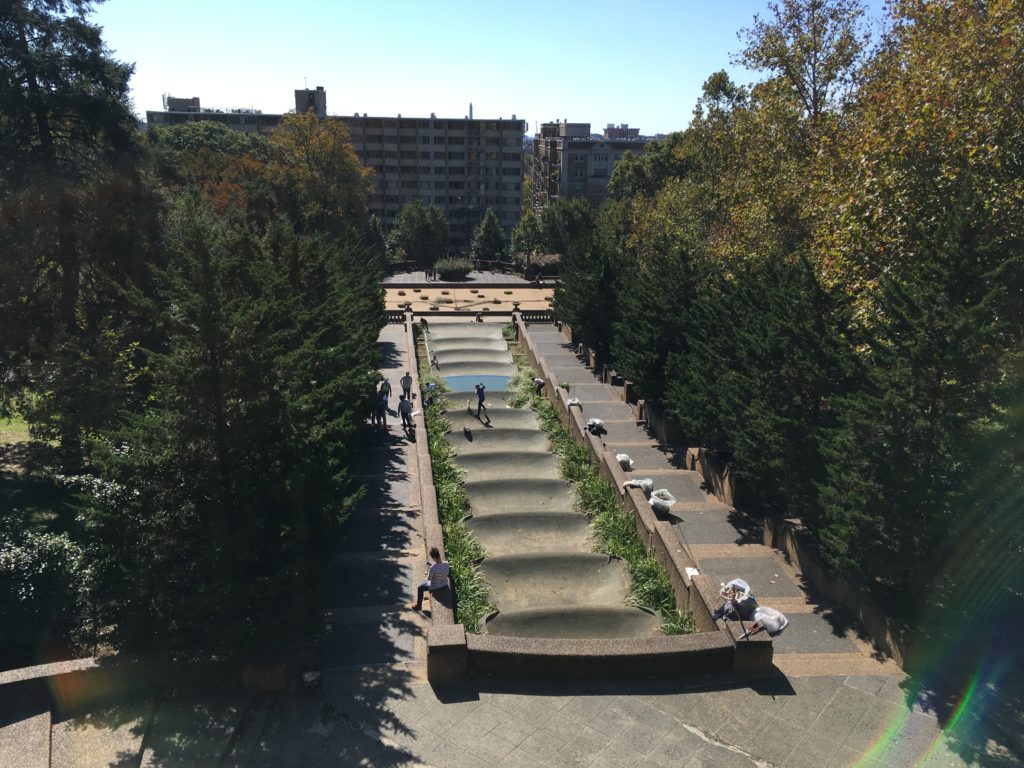 “The National Park Service (NPS) will start work to improve accessibility and rehabilitate the historic landscape at Meridian Hill Park this month. This project focuses primarily on the lower plaza level of the park, near W Street NW, and is expected to be completed in summer 2022.

Meridian Hill Park features one of America’s earliest examples of decorative exposed aggregate concrete. The project includes replacement and repair of damaged historic walls, walkways and stairs to improve safety and preserve historic architectural elements of the park. The NPS will also install a universally accessible route from 16th Street NW to the lower plaza level of the park.

The NPS will replace hazardous trees and restore shrubs to reflect the park’s historic landscape plan. The park will install a frame that will allow trees to be trained and trimmed to form an archway, known as a pleached allée. This archway, which was part of the original landscape design, will frame the distant view of the Washington Monument. The NPS will also update storm drains and inlets.

“Meridian Hill is a unique example of neoclassical park design in the United States and is an important space for community gathering, recreation and relaxation in our city,” Superintendent Julia Washburn said. “We look forward to restoring this historic park and ensuring its enjoyment for generations to come.”

Meridian Hill Park was once home to a mansion, served as a Civil War encampment and was later developed in a French neoclassical (upper level) and Italian Renaissance villa landscape (lower level) design. The park served as a laboratory to experiment with concrete aggregate, a revolutionary medium of construction in the early 1900s. Construction of the park began in 1914. In 1994, Meridian Hill Park was designated a National Historic Landmark.”