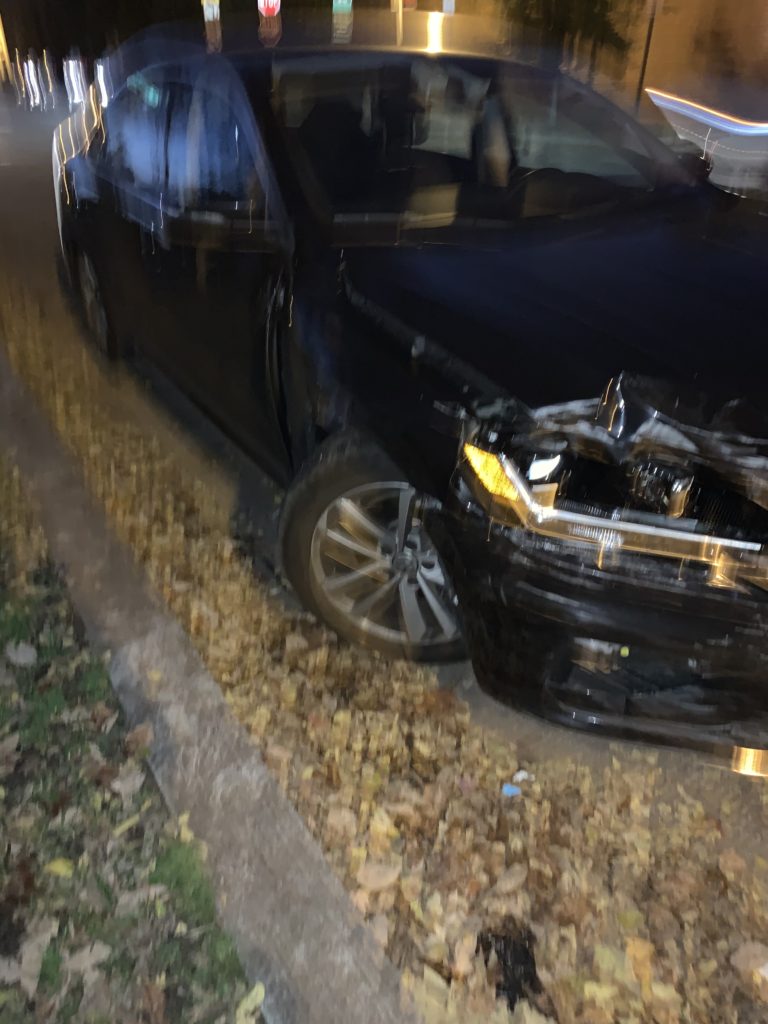 Friday afternoon my kids and I were almost run over by a crazy driver in the 2600 block of P st, nw. in Georgetown. We had just parked and were waking to the sidewalk when someone came barreling down the block, crashed into the car parked behind us and then slammed into my car, pushing it into the sidewalk and almost crushing my 8 year old and me and totaling the car.

The police arrived quickly but didn’t seem too interested in talking to witnesses. I have photos and video of the creep limping away in the Volkswagen Passat with a bent front wheel. I’m assuming the car was stolen but the police said they couldn’t locate it. Well, 4 hours later when we finally left we couldn’t believe it, but the Passat is parked/ditched 3 blocks away, still on P st!

Called the police again and were told they can’t do anything about it – they can only fingerprint it if there’s a person in it; they won’t fingerprint a car. This seems ludicrous to me – wouldn’t that help catch the creep? Also assuming someone is looking for their Passat that was likely stolen?

I will say the residents of that block were absolutely lovely – many offered the kids drinks, bathroom, etc. They got photos of the creep and offered to help. It was a nice silver lining to a pretty miserable afternoon.”