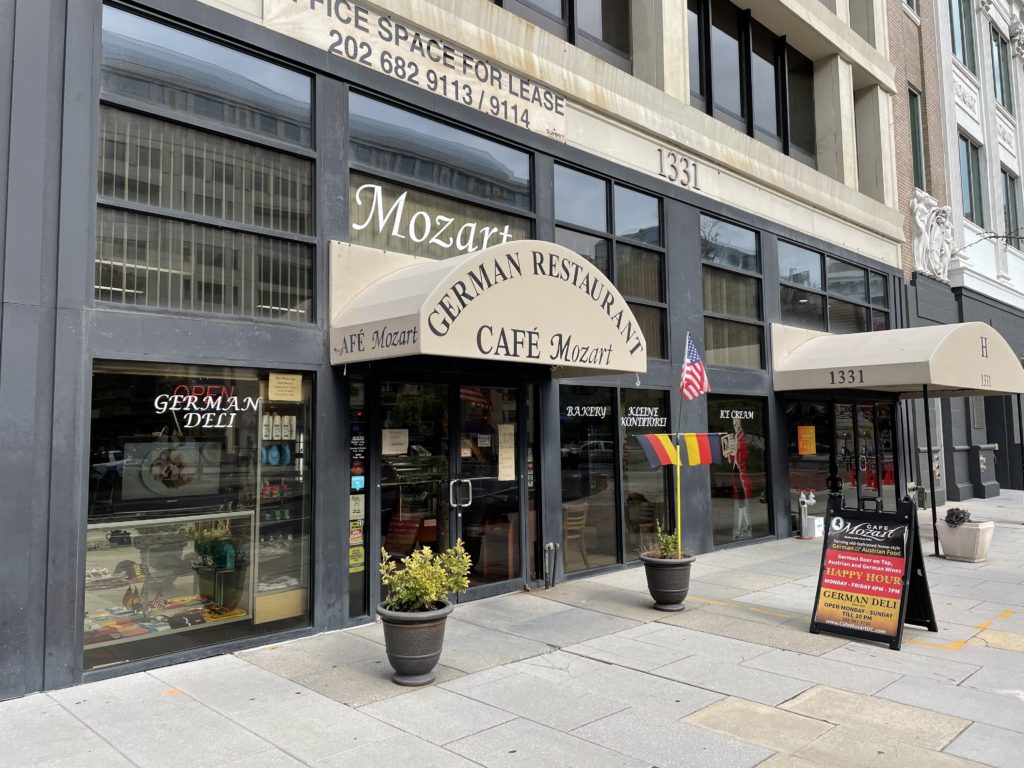 I’ve said it before and I’ll say it again – Cafe Mozart is amazing. We must save Cafe Mozart at all costs. Check out their menus here and enjoy! 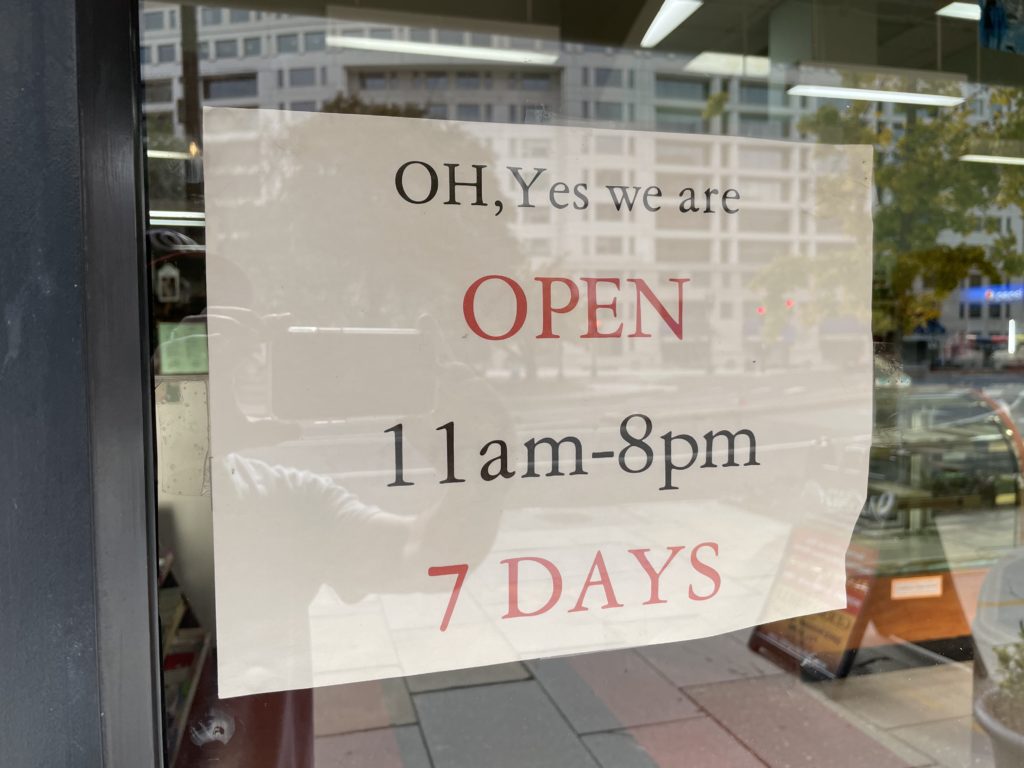 “The Development of the Café Mozart 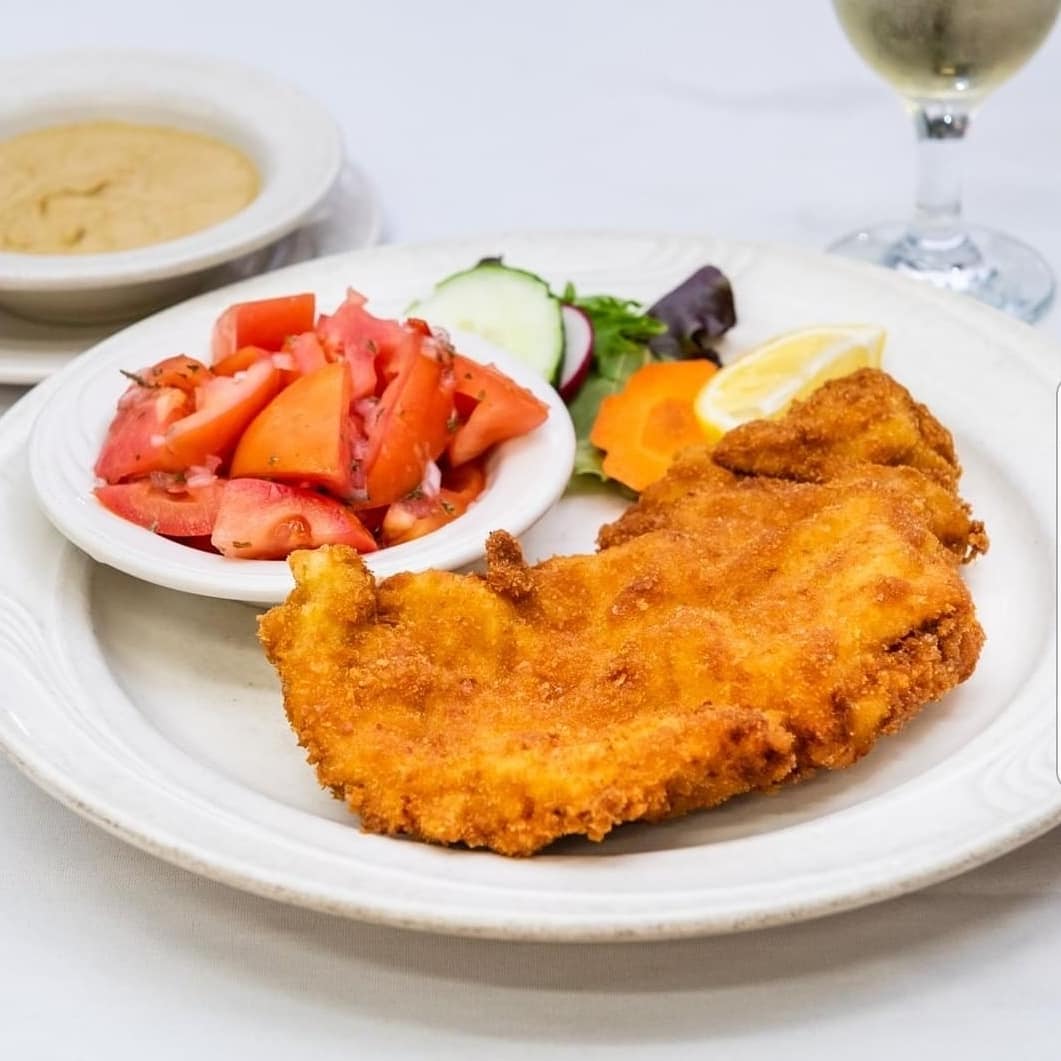 One afternoon in April 1964, Ms. Fehr went to the Annapolis Delicatessen, located in the Manger Annapolis Hotel on 11th Street NW, Washington DC, to buy three sausages for dinner. She came home with two sausages and a Delicatessen. Mrs. Mary Faiss, who started the store in 1932, was close to a nervous breakdown, caused by continuously receiving wrong or partially filled shipments. When she saw Ms. Fehr, she told her “you can have the store, I cannot take it anymore, give me a down payment, so I will not change my mind tomorrow.” On scrap paper, she acknowledged to have received $1.76 toward the purchase of Annapolis Delicatessen and she wanted the rest of the down payment the next day. A week later Hildegard and Max Fehr took over the store. In 1970 the name was changed to German Deli.

In 1980 the Hotel was sold and the new owners wanted them out. It was very difficult to find a new home. The downtown area started to change, the one and two story buildings came down, the new buildings not ready yet.

In June 1981 we had no choice, but to buy the UDC School Cafeteria at 1331 H Street NW, the University vacated the building, one of the few which was not torn down. With the German Deli still on 11th Street, we called the new space Café Mozart. One year later we got additional space in front to have a street level entrance, instead of having to bring the customer through the lobby. The front space was perfect for the German Deli, the back was changed into a Restaurant and Bar. Being from Vienna, the name Café Mozart was just right for the food, Hildegard knew how to cook and people liked the home cooked fresh flavors, called the place cozy and felt right at home.

In 2000 the landlord added a vacated space next to the Deli, which became the Café Konditorei. Now finally there was enough space to give the cakes, pastries, strudels and cookies a favorable display. An Espresso machine was added, as well as an ice cream chest, a mixer for smoothies and chai, and a few tables in front of the windows.
This is it! No more expansion possible, which is good.

The Café Mozart is just right the way it turned out and is ready for the next Generation, which will be the over 30-year employee and partner Farooq and his son Farhan Ahmad.”