Get our email!
Search
Federal Government 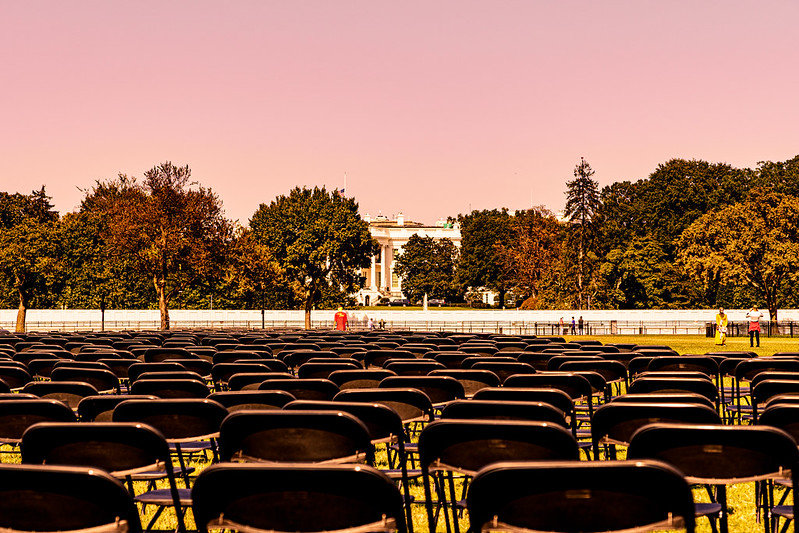 “Congresswoman Eleanor Holmes Norton (D-DC) today sent a letter to Dr. Sean Conley, physician to the President and head of the White House Medical Unit, expressing concern about the failure of the White House to provide contact tracing during the ongoing coronavirus outbreak among staff, visitors, and the President himself. In her letter, Norton says that the District of Columbia has worked hard to become among the best at coronavirus containment, but the lax way the White House has responded to the outbreak and its failure to do contact tracing threaten D.C. residents.

“As the only representative of our nation’s capital in Congress, I have worked endlessly to prevent the spread of this deadly disease and limit its effects on the people I represent,” Norton said. “The White House’s – and particularly the President’s – recklessness jeopardizes these last eight months of work. Many White House staffers live in the District, and the President’s actions and the White House’s refusal to adequately follow up with contact tracing risks the lives of D.C. residents.”

The letter, which follows below, asks for answers from Dr. Conley to four questions by October 13, 2020.

The District of Columbia has done a much better job containing the coronavirus than many places in the United States, but this recent outbreak puts D.C.’s relative success at risk. Many White House staffers live in the District, and it is imperative that their D.C. neighbors are aware of the risks associated with this ongoing outbreak at the White House.

When a D.C. resident tests positive in D.C. from their health care provider or at a community testing center, that information is shared with D.C. Health, and the District can conduct contact-tracing. However, when a White House staffer tests positive from one of your tests, this information is not shared with D.C. I understand that D.C. Mayor Muriel Bowser has asked about this situation and has offered D.C.’s assistance in contact tracing, but has not yet received a response from the White House. Indeed, since the recent outbreak at the White House, testing in D.C. has increased in the last several days as has the overall number of new infections.

Given the urgency of this matter, I ask that you respond, in writing, by October 13, 2020, answering the following questions:

Why has your office so far refused to work with D.C. to conduct contact tracing based on the recent positive cases coming out of the White House?

Have you and your staff worked with the Centers for Disease Control or any other institution to contact trace from positive cases coming from the White House?

What is your contact tracing process and with whom is information from the contact tracing shared? Has this process changed given the recent uptick in positive cases amongst White House staff and the First Family?

Has anybody from the White House directed you not to conduct contact tracing?”

“We represent the people of the National Capital Region. We are alarmed and dismayed by the casual disregard for the health of our community, including constituents who work at the White House as staff, agents or officers of the United States Secret Service, journalists of the White House Correspondents Association, and the general public.

“Daily announcements of new infections among the political, press, and custodial staff show that the coronavirus outbreak at the White House is out of control.

“We call upon the White House Chief of Staff to take prompt steps to help control the spread of the virus among people who work for or around the President, including:

• An immediate commitment to total transparency with staff, press, and the public;

• Disclosure of the date of the President’s most recent negative COVID-19 test result, which is vital for a full understanding of who might have been exposed to infection;

• Release of the total number of positive tests among White House personnel;

• Expedited contact tracing to identify and notify anyone who came into contact with the President or infected staff within the period of time when they were contagious;

• Cooperation with local and state health departments to assist their contact tracing efforts;

• Requirements that face coverings be worn by all persons inside the White House, on White House grounds, and inside executive office buildings;

• Requirements that all persons without exception observe social distancing, and quarantine following exposure to infected individuals;

• Maximal use of telework to mitigate the public health risk to staff; and

• Direct, regular communication with White House personnel to share new information and explain steps being taken to protect their health and safety.

“This is no time for publicity stunts that put people at risk, or for playing down the seriousness of this pandemic. The American people will never trust the Administration to keep them safe if the White House cannot protect its own staff.”

Their statement came amid multiple reports confirming that the White House failed to directly notify employees and others in harm’s way of the infections of the President, First Lady, and their staff for several days as infections grew, took unnecessary risks that raised the risk of infecting additional people, and failed to initiate or cooperate with contact tracing efforts in the District of Columbia, New Jersey, Ohio, Minnesota, and Virginia.”

Read more →
More Stories
You’re Invited: Virtual Visit Week for Prospective Undergraduates“If you’re using a drop box for your mail ballot, don’t misinterpret the padlock on the front of the box.” Also, has everyone received their ballots?