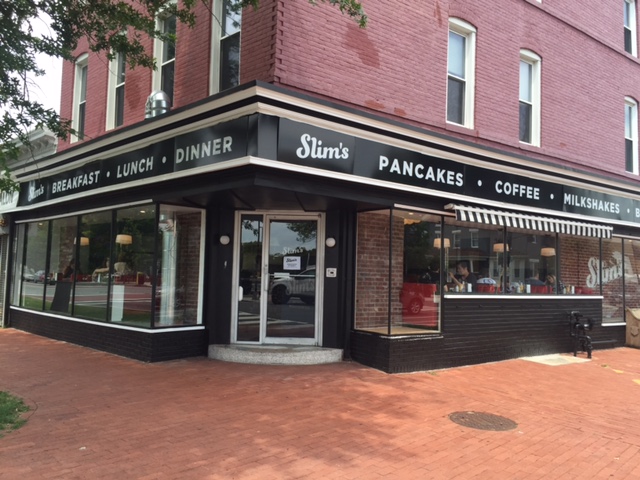 A few folks have been writing in: “I noticed that work has started on the interior of the old Slim’s Diner in Petworth. Any idea of what is going to open in its place?”

“The chef behind one of the most respected barbecue joints in the D.C. area will turn his attention to fried chicken buckets, chicken wings, and chicken sandwiches at a new restaurant coming to Petworth’s main drag later this year.

Federalist Pig pitmaster Rob Sonderman is busy developing a menu for Honeymoon Chicken, which will replace Slim’s Diner at the corner of Georgia Avenue and Upshur Street NW.”

Stay tuned for updates as they get closer to opening.