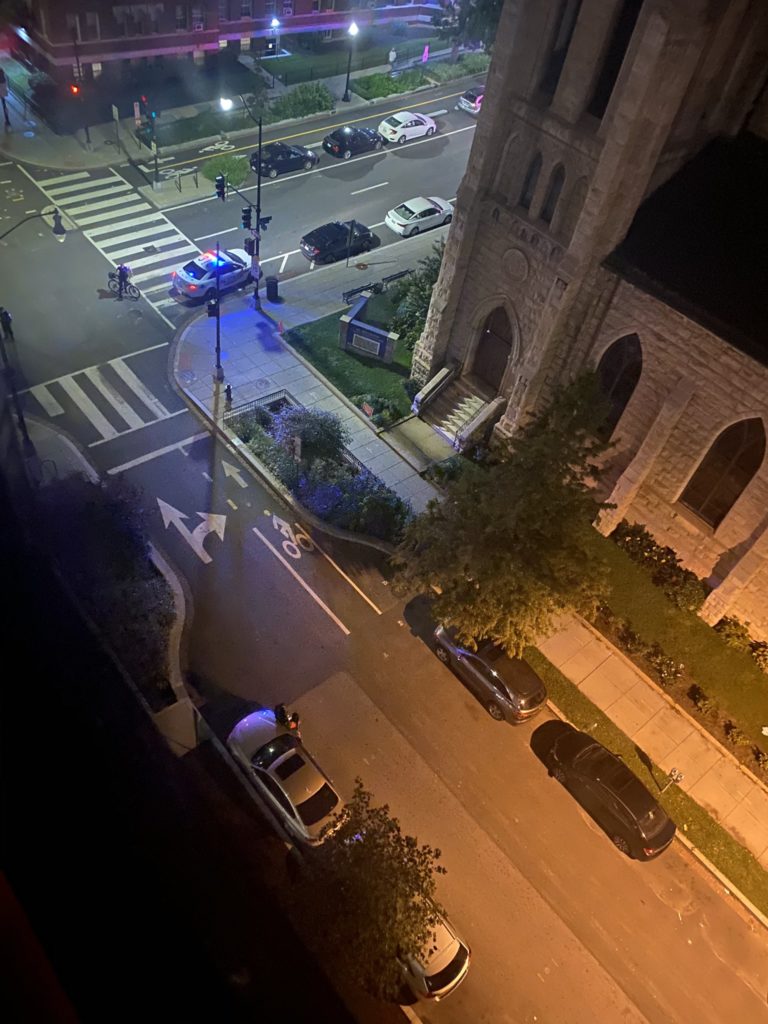 Many readers reported (follow @PoPville on twitter if interested in real time reports): “There was multiple shootings in the church parking lot at 15th and V st. around 10:50pm Friday night.”

“the police response to the shooting near 15th and V was immediate and massive. Helicopter circling.” 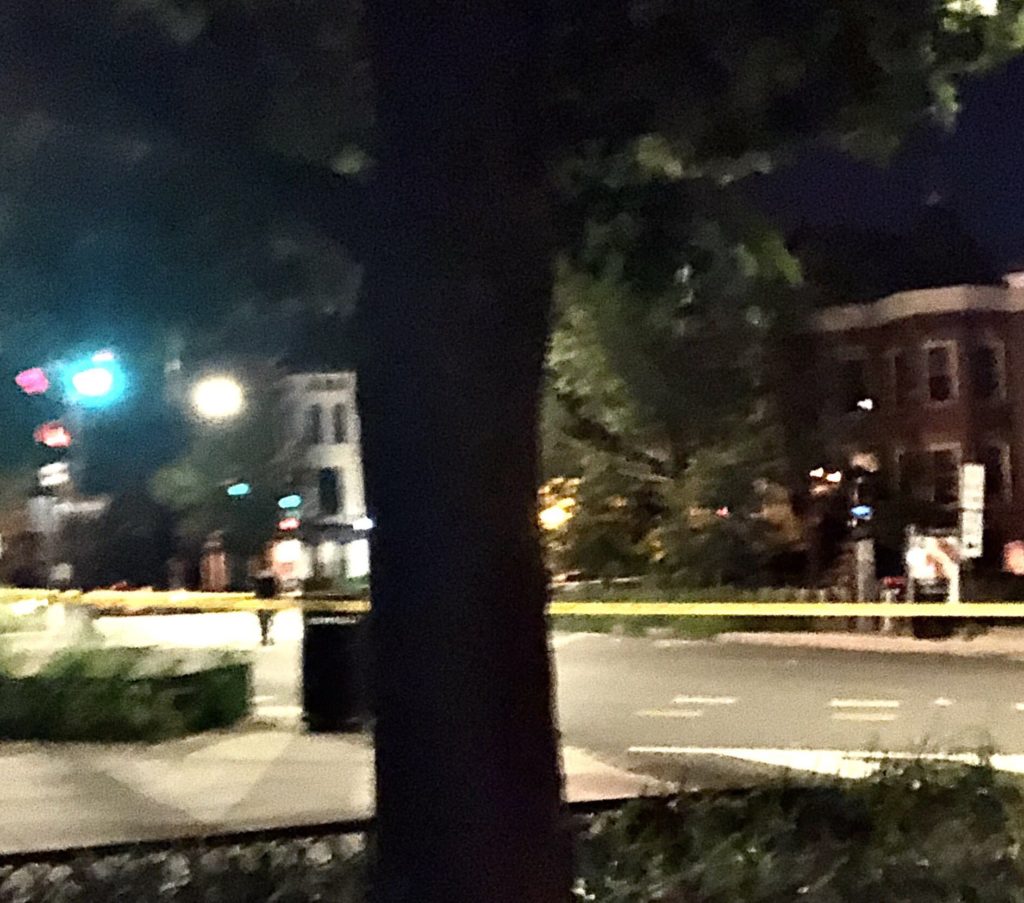 15th and W and NH Ave, photo by LuLaLearn

“Was having drinks at Walters. Can confirm at least 30 shots. Police were on the scene almost immediately. Helicopter with search light is still overhead”

“Somehow miraculously only one person hit with all that shooting – helicopter still seems to be looking for someone near King Greenleaf. Heard there was maybe a suspect driving a green car as well.”

MPD reported: “Shooting in the 200 block of N St SW. Lookout is for an unknown male driving a small dark green sedan”

“1D is investigating an assault with a dangerous weapon in the 1300 block of Canal St SW that occurred at approximately 9:16 PM on September 4, 2020. The victim sustained a non life threatening gunshot wound to his leg. Suspects (s) information is unknown.