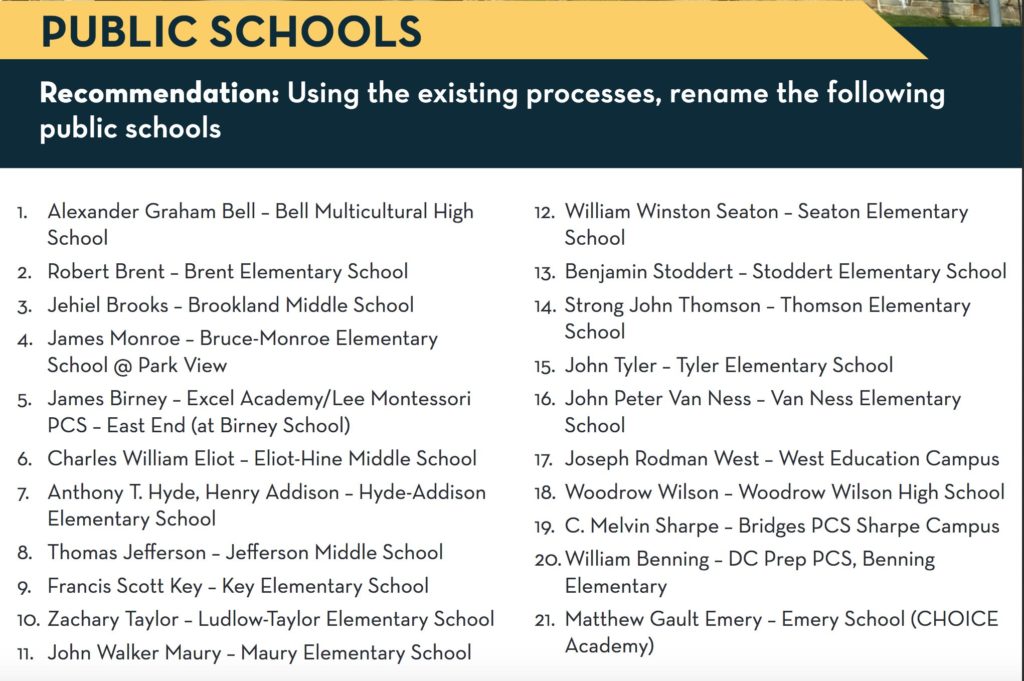 “Today, Mayor Muriel Bowser released the District of Columbia Facilities and Commemorative Expressions Working Group (DCFACES) report. In July 2020, the Mayor assembled the working group with the charge of reviewing the legacy of namesakes of District assets to determine if the individual, in an individual capacity or as part of a group, participated in the oppression of African Americans and/or other communities of color, or contributed to the nation’s history of systemic racism and other biases. 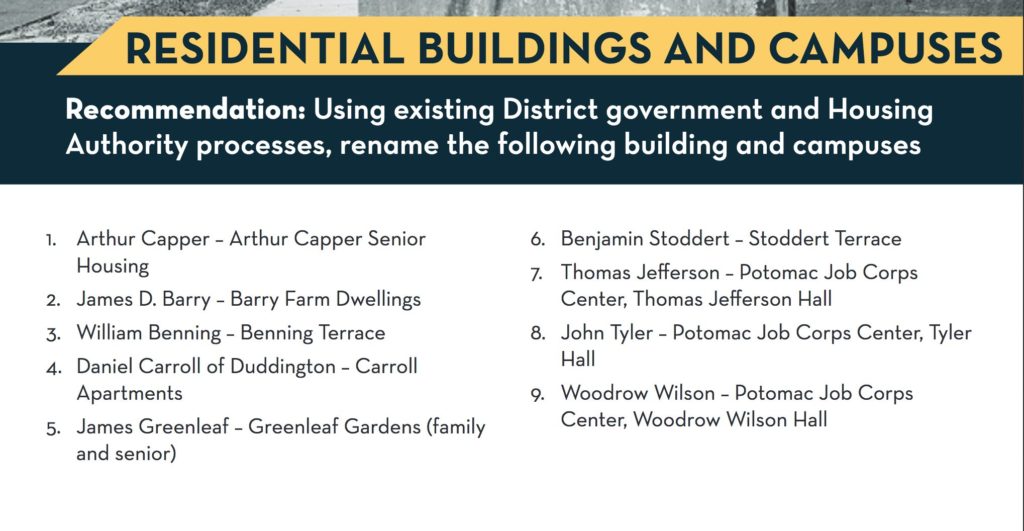 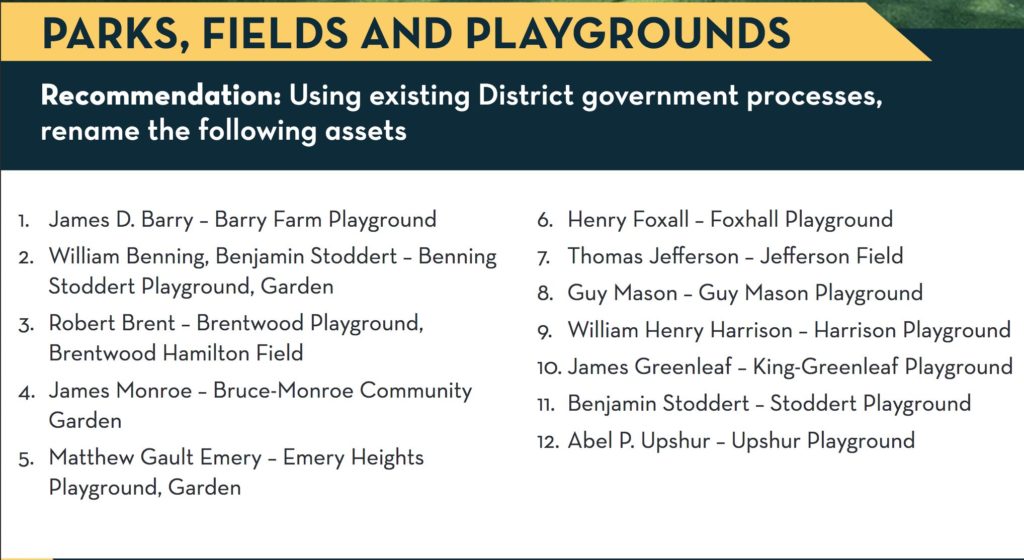 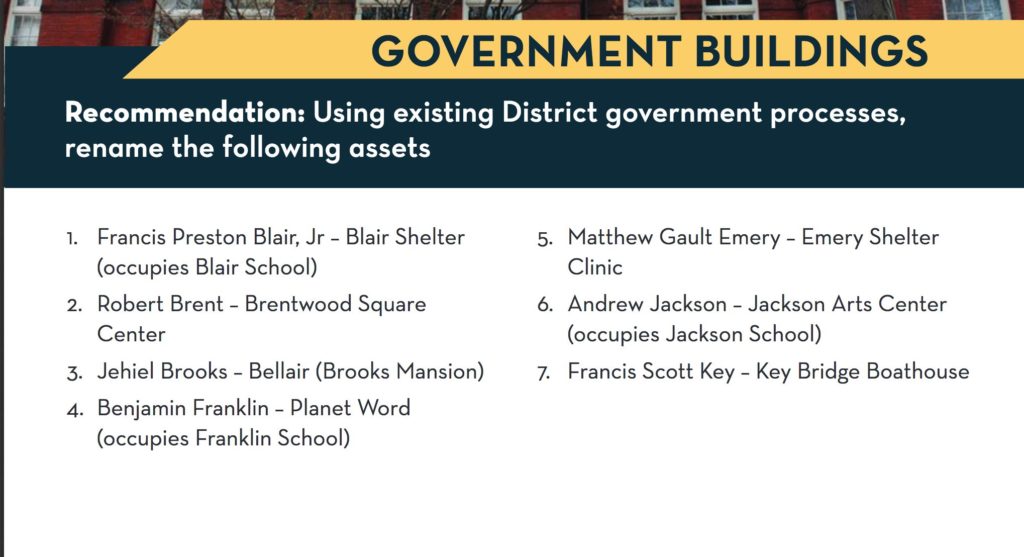 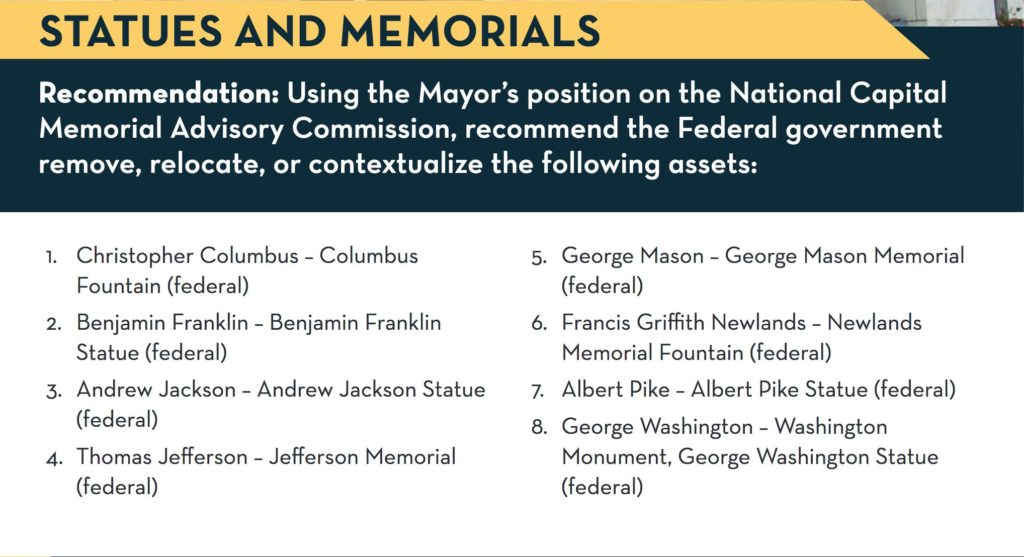 “I want to thank the chairs and members of the DCFACES working group, the committee staff, and the residents who participated in this process for their commitment to building a more inclusive Washington, DC,” said Mayor Bowser. “Washington, DC is a city driven by inclusivity and diversity – these values are at the core of who we are and what we fight for. We are also a city united by the idea that we can always do better, that we can always find a way to do more good for more people. The recommendations in this report will guide us as we move forward in advancing these shared DC values.”

The Working Group was chaired by Senior Advisor Beverly Perry and DC Public Library Executive Director Richard Reyes-Gavilan. Since July, the chairs have worked with eight working group members and more than twenty staff members to engage residents, examine policy, and conduct research in order to make recommendations for future actions to the Mayor. More than 2,500 District residents from all eight wards provided feedback through the DCFACES survey and more than 275 residents participated in the group’s virtual town hall. This week, the working group delivered their report to Mayor Bowser.

“Across the country, communities are reflecting upon the systemic racism which has been engrained in our culture through policies and expressions impacting African Americans and other groups subject to discrimination,” said Senior Advisor Perry. “This week we delivered recommendations to assure our assets in contemporary DC reflect concurrent DC values.”

“We started this process by listening to residents. A vast majority of the people we heard from agreed that the District should take action on public namesakes that are inconsistent with our DC values,” said Executive Director Reyes-Gavilan. “But we didn’t just hear from residents about what they don’t like; we also heard from residents about people they would like to see honored in our city. And one thing was clear: DC residents consider being the namesake of a public asset a high honor that should be reserved for esteemed persons with legacies that make DC proud.”