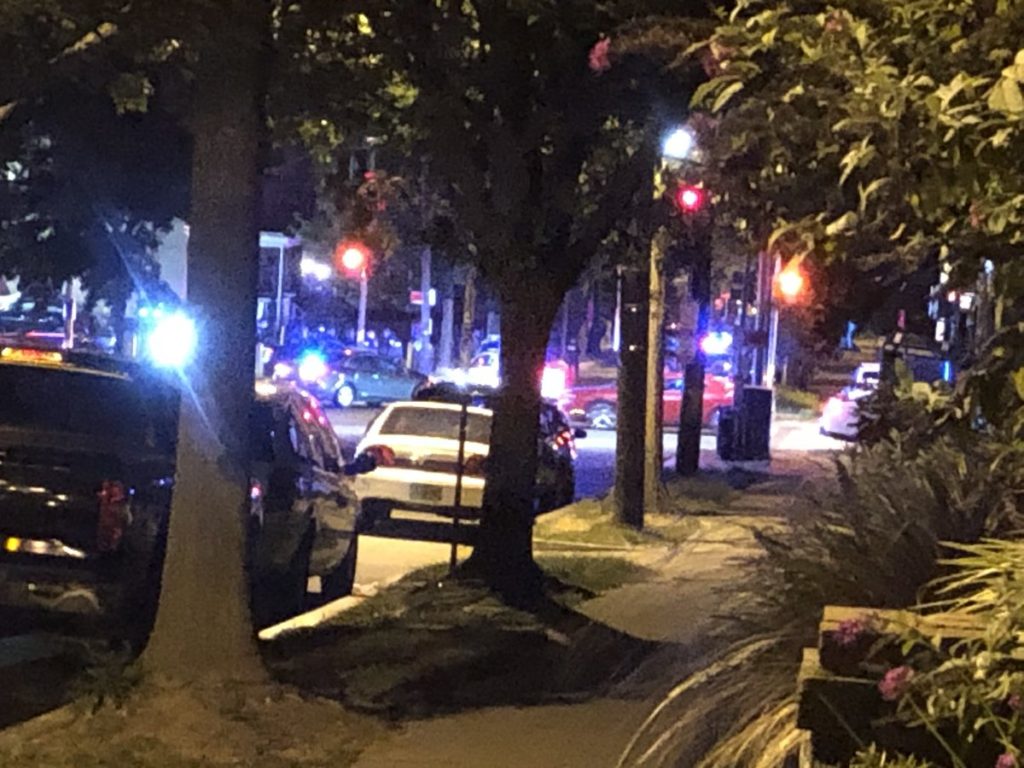 “Shooting at 5th and Kennedy. Sounded like at least 7 shots.”

and in Bloomingdale around 11:15pm:

“A dozen bangs then pause and 10 more? Hopefully not more gunshots in the Channing/1st area?”

“Just heard what sounded like gunshots by 2nd and W NW.”

“Agreed, it was at least two different guns. Agreed on 20+ shots.”

“Yeah that was nuts. Definitely 20+. Not fireworks.”

Earlier in Columbia Heights around 9pm:

“Yup, Irving and 11th and I was just walking by. Saw the guys and it is not fun people Not fun Lots of people out and about”

“Tonight around 7:15 PM, 1D officers responded to North Capitol St and Massachusetts Ave NW where a victim reported being carjacked at gunpoint. The victim was parked when four suspects approached and pointed a gun at the victim. The victim quickly exited his vehicle and the suspects then fled in the vehicle. There is no distinctive description of the suspects but the vehicle is a 2000 Honda Accord, gold color, with Virginia license plates of YCA7333. If anyone sees this vehicle, please call 911 immediately.”