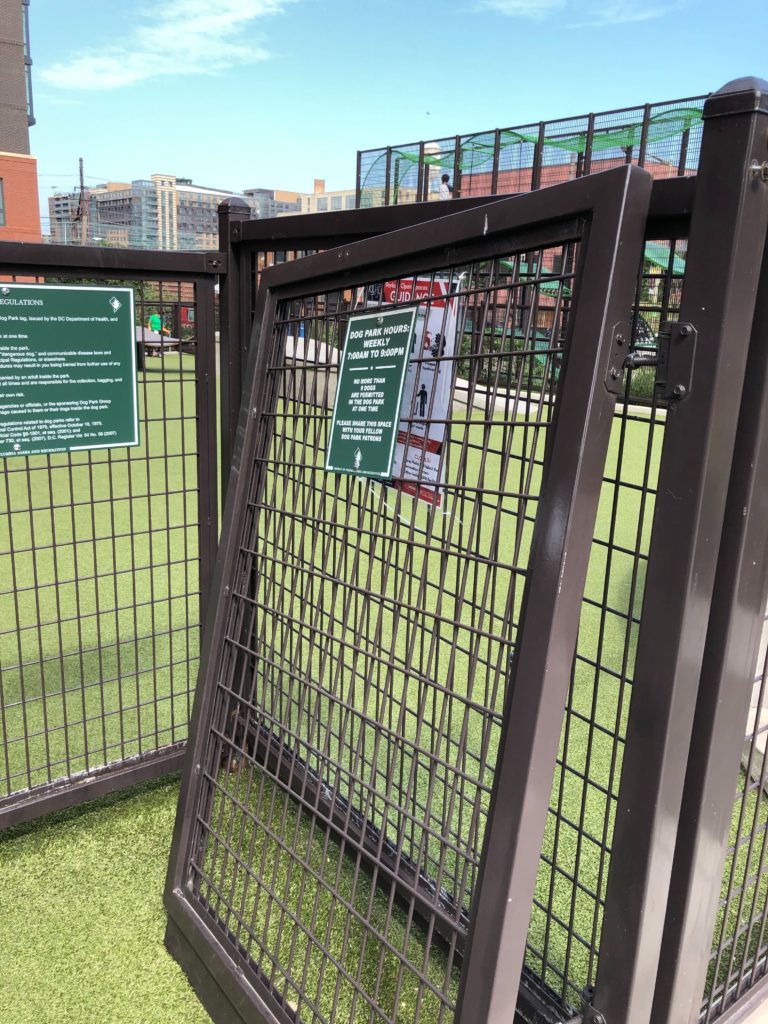 After tweeting earlier, DC Department of General Services replied “Thanks for the tag, we have forwarded this concern to our Facilities team to address.” to which OP replied:

“We have been told this repeatedly for over 9 months since we first attempted to report the issue. Can we actually get a maintenance ticket number for this? A timeline of when it can be fixed?”

I realize there are actually serious life and death issues happening these days. But, for the last nine months, we have been trying to get the city to fix the gates to the Swampoodle Dog Park because they no longer latch and swing open, allowing dogs to escape. Over the last nine months we have sent over 30 emails,

CCed everyone in DCDPR, DGS, and even Councilman Allen’s office we can think of trying to get the situation fixed. Not only does no one come fix this, we don’t even get ticket numbers or timelines from the city. This week the gate completely fell off its hinges, it’s just propped against the wall for the park.

We’ve tried going through the proper channels, maybe that is not the best way to do this. Does someone out there have a cousin or uncle at DC DPR, DGS, or in Councilman Allen’s office that will actually help us get this fixed?”