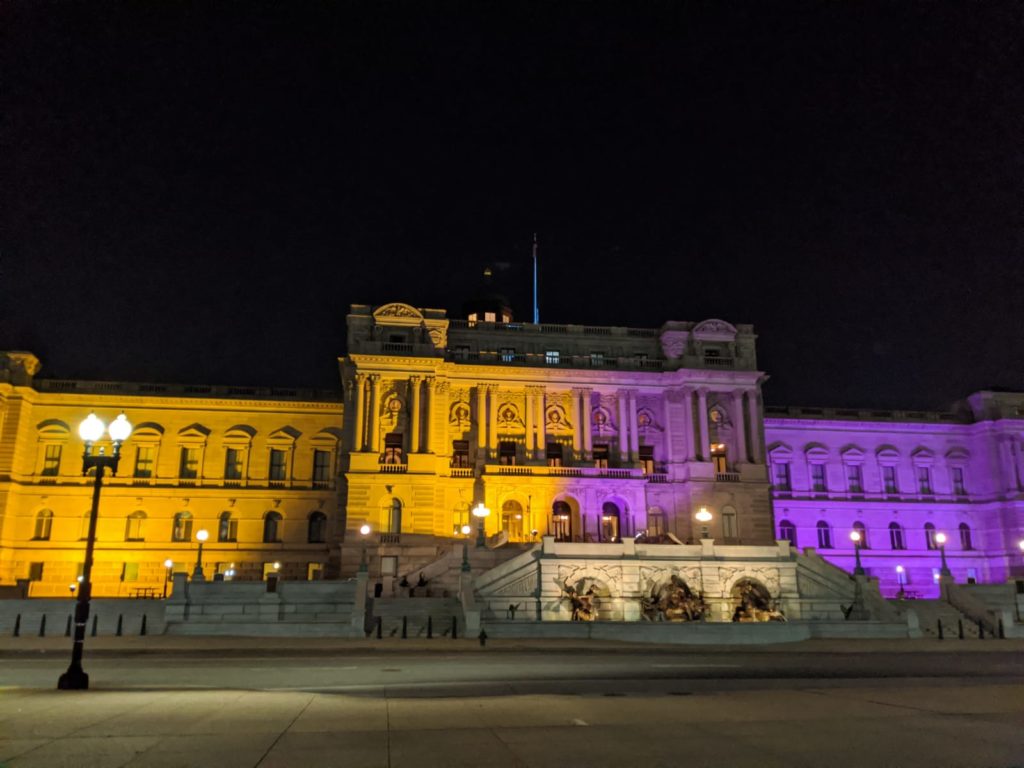 Sarah shares last night “is LoC like this for a reason?”

Thanks to all who replied about National Women’s Suffrage Month-those are suffrage colors. It’s the centennial of the 19th Amendment.

From the Library of Congress:

“Counting Down with #19Suffrage Stories: 100th Anniversary of the 19th Amendment

Women fought long and hard for the vote–before and after the passage of the 19th Amendment, which declares the right to vote “shall not be denied … on account of sex.” Diverse communities and organizations blazed the trail for equal voting rights across the nation. For many women, especially women of color, the fight didn’t end when the 19th Amendment went into effect on August 26, 1920. Yet the stories of these suffragists have often been overlooked.

To mark the centennial of the 19th Amendment, the Library of Congress, Smithsonian and National Archives are collaborating to bring these stories to you on social media. From today until August 26, you can follow weekday posts to learn voting-rights history drawn from all three institutions’ collections. You can also use our set of animated social media GIFs and Instagram stickers on your social media posts to mark the centennial.

Follow these accounts on social media to experience #19SuffrageStories: