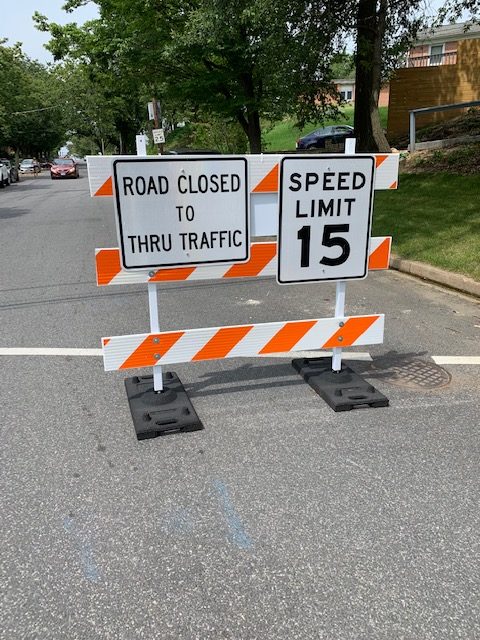 As part of DC govt/DDOT’s initiative to create more recreational space to socially distance and make neighborhood streets safer by reducing the speed limit, “slow streets” barriers were put up. I live at North Capitol and Van Buren Sts NW and can confirm that this isn’t changing how drivers behave or get to their destinations.

Though the sign says “road closed to thru traffic”, people are still using Van Buren as a main route and speeding dangerously, often times ignoring the stop sign (yes, this is a whole other issue). The barrier has not made it any safer to walk and have more socially distanced space. Cameras, or radar detection…those are at least more effective.

Curious about how other Wards and neighborhoods participating in this pilot are reacting? This seems like a lazy initiative to me.”

Read more →
More Stories
Popular DC Parents Club Offers Relief for Working Parents“Are there other treatments we should be asking the building to do?”