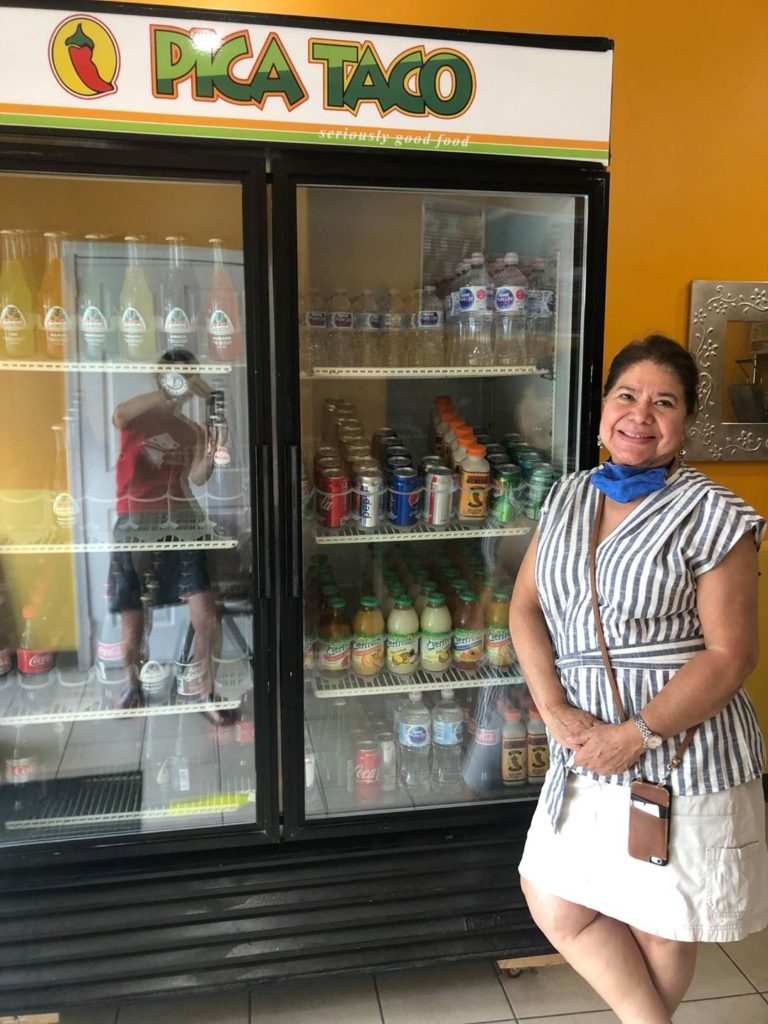 Cassandra Hetherington is a a volunteer for Uptown Main Street

Thanks to Cassandra Hetherington for sharing with us:

“In 1973, nineteen year old Maria Villalta left her home in Mexico to join her aunt in Washington, D.C. During her first job as a nanny to two girls and a boy, Maria’s cooking was greatly appreciated by the family. Her homemade hot tortillas, slathered in butter, were a favorite snack. It wasn’t until after the children were grown and she was married with children of her own that Maira felt confident enough to start her own restaurant. With her husband’s strong encouragement, Maria successfully operated Margarita’s in Glover Park for two decades before rising rents forced her to close.

Glover Park’s loss became a win for Adams Morgan when Maria opened Pica Taco off of Columbia Road in 2009. The very small kitchen and convection oven forced her to be creative with her cooking; the results were healthy, flavorful and more quickly prepared meals. Since then, Maria has opened three other Pica Tacos in Northwest, D.C. and one in Alexandria, VA. The Grand Opening for Pica Taco #5, located at 4610 14th Street NW, was scheduled for March 21, 2020 but canceled due to the pandemic. This has not deterred Maria from her enthusiasm for her newest restaurant on the upper 14th Street NW corridor and she has already built a loyal following from the community.

As soon as the city approves outdoor seating for Pica Taco, Maria will turn her energy into having the restaurant become a breakfast destination. Imagine sitting outside on a crisp autumn morning, sipping a cappuccino while slowly savoring juevos rancheros, juevos mexicano, breakfast burritos or tacos. Until that time, Maria recommends trying the carnitas barbacoa or “tinga” (pulled) chicken in a red chili sauce. Whatever time of day you stop by Pica Taco for a meal, your tastebuds will be grateful.” 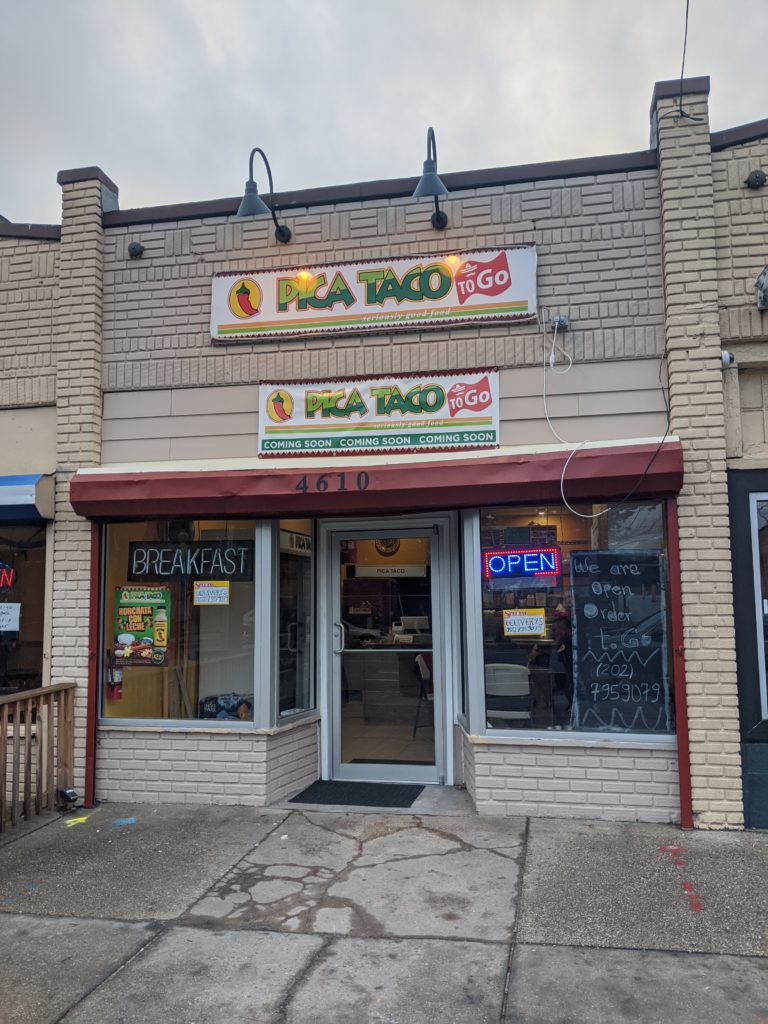