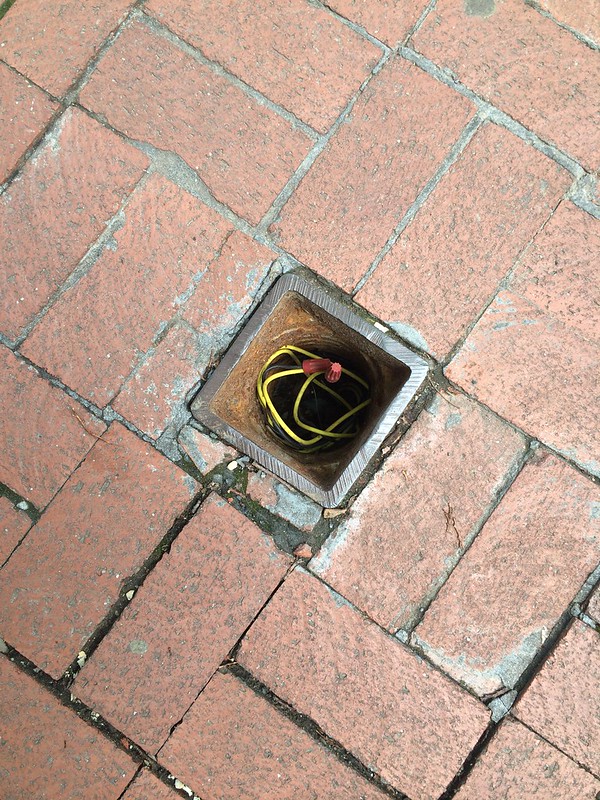 I wanted to see if you could post something about a disturbing assault I witnessed yesterday. I’ve seen others post about recent random attacks on joggers and pedestrians in DC. I was on my bike heading southbound on 6th St NW towards Gallery Place at 2:55pm. I approached a stop light at the corner of 6th & I. The 6 & I Synagogue and La Colombe coffee are both at this intersection. My attention was caught by a woman falling on the crosswalk as I slowed down to the light. I then saw a man with an angry look on his face behind her and it immediately dawned on me that he had possibly pushed her. I yelled “Hey” and he shouted “she fell” as he kept walking.

Another woman was also crossing the street near the victim but she didn’t stop either. I spoke to the victim and she confirmed that this man she did not know had just pushed her down. He apparently had said something or was behaving in a way that scared her right before the incident and she thought he would avoid her being next to another woman on the sidewalk. She was very shaken and told me that she is pregnant. I offered to wait so she could speak to the Police. She said she didn’t want to call the Police and would be ok. The suspect is a white man, approximately 5’8″, with scraggly blonde hair. I spoke to two Metro Police officers standing outside the Gallery Place Metro. While the incident location is not their jurisdiction, I asked if they could alert DC Police about what the woman told me had just happened.”