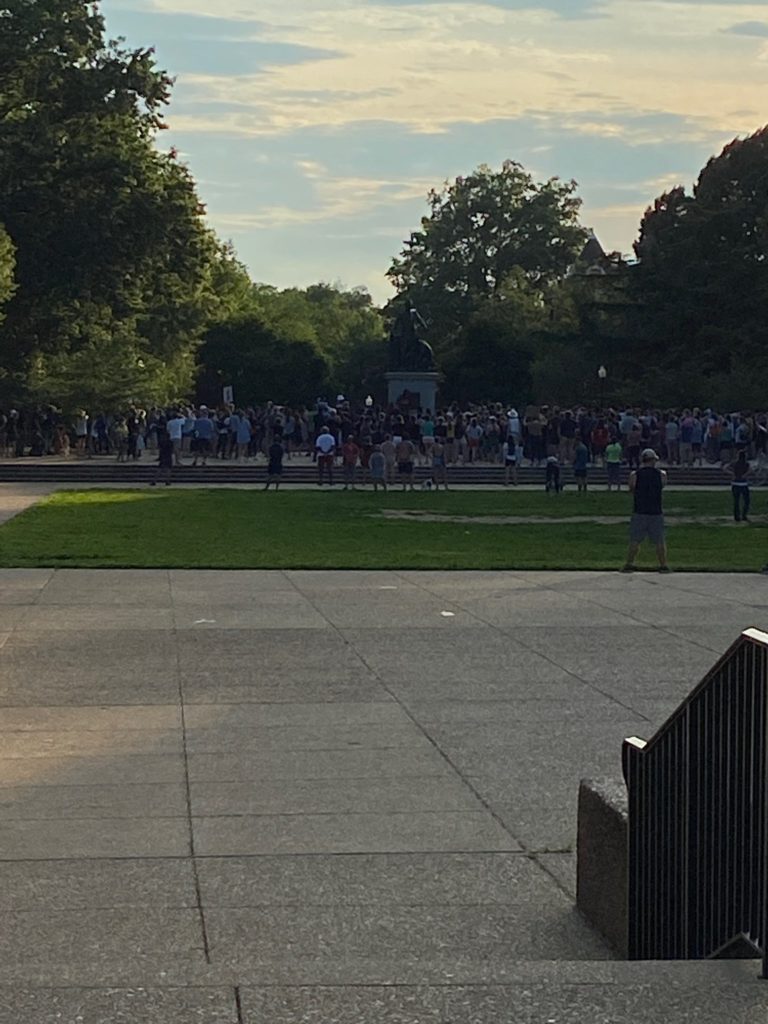 The designers of the Emancipation Statue in Lincoln Park in DC didn’t take into account the views of African Americans. It shows. Blacks too fought to end enslavement. That’s why I’m introducing a bill to move this statue to a museum. pic.twitter.com/A0MOnISH1N 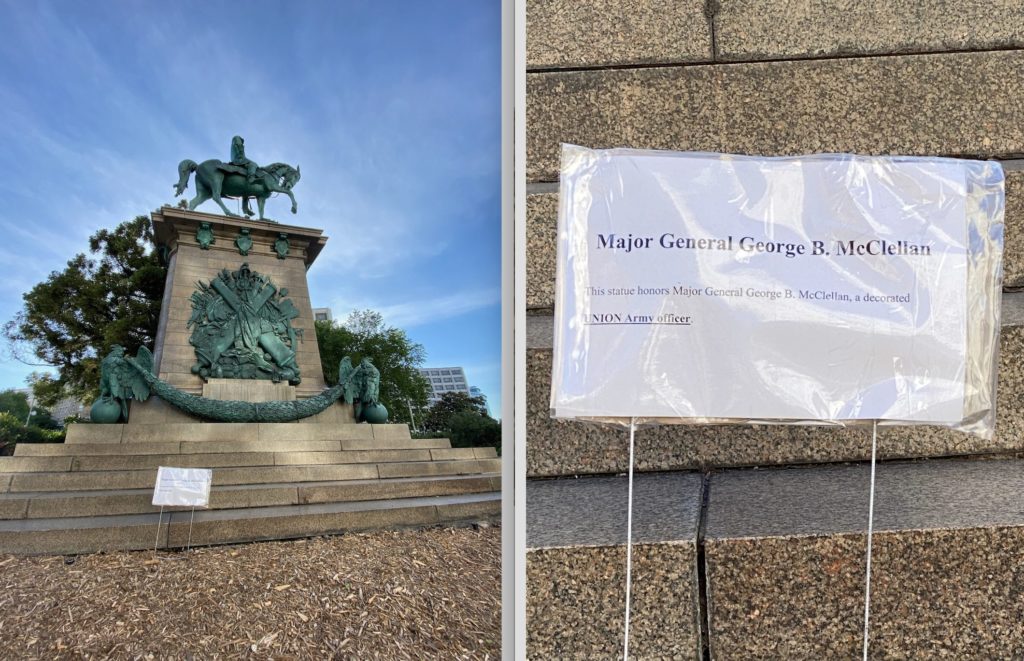 Thanks to Jonathan for sending: “It seems someone took the liberty of making these signs and putting many of them around the McClellan statue on Connecticut and Columbia NW. Not quite NPS official signage…” 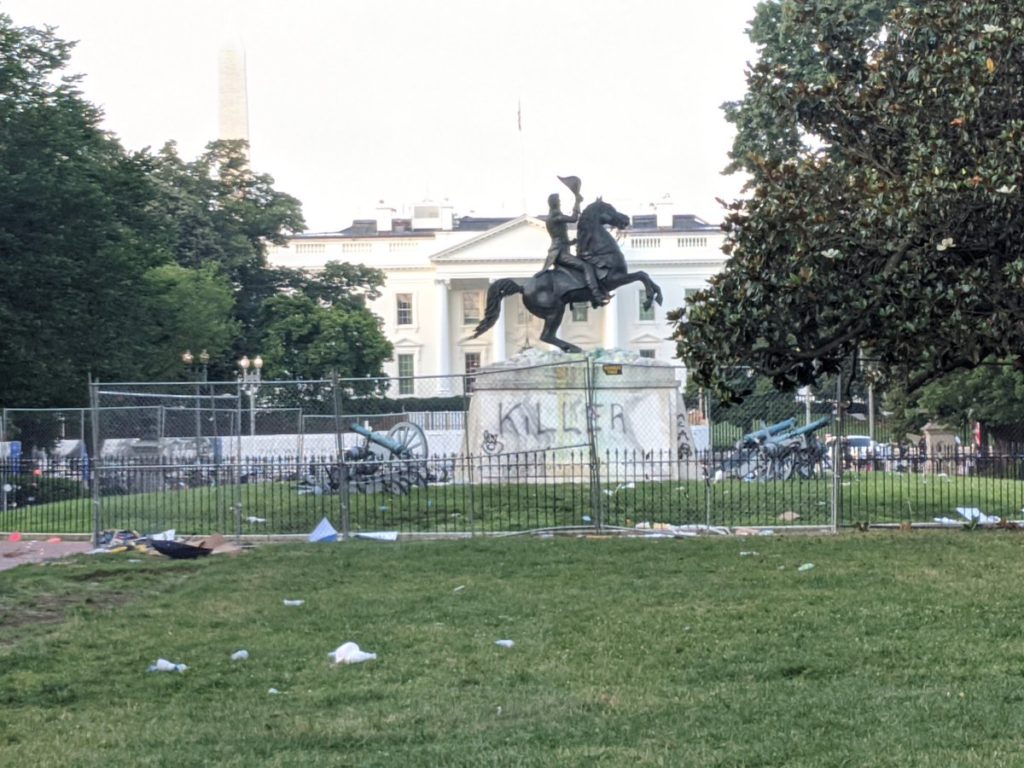 “Congresswoman Eleanor Holmes Norton (D-DC) announced today that she will introduce legislation to remove the Andrew Jackson statue from Lafayette Park in the District of Columbia, citing Jackson’s ownership of slaves and genocide of Native Americans.

“My bill to remove this statue of an unabashed racist from Lafayette Park will be introduced next week,” Norton said. “Lafayette Park itself has a painful past as a slave market. The statue of Andrew Jackson, who himself enslaved African Americans, compounds this insult. This prominent location in the nation’s capital, right outside of the White House, should never have honored a man who owned slaves and was responsible for the deaths of roughly 4,000 Native Americans. Jackson’s entire tenure is a shameful part of our history, and I will see to it that he is no longer honored with a statue in Lafayette Park. Because Lafayette Park is National Park Service (NPS) land, I will work with NPS to see whether NPS has the authority to remove the statue without an act of Congress, and if so, we will seek its removal without a bill. I believe this statue should be preserved and placed in a museum, not displayed prominently in the nation’s capital. The next generation can learn from this painful chapter in our history without celebrating it.”

The land that comprises Lafayette Park has been used as a racetrack, a showplace for caged animals, a graveyard, a slave market, an encampment for soldiers and now for political protests and celebrations. Jackson was a Tennessee slaveholder and signed a law that forced Native Americans to move west of the Mississippi River. During this forced expulsion by the federal government, roughly 4,000 Cherokees died in what is now known as the Trail of Tears. The statue, the first in Lafayette Park, was dedicated on January 8, 1853, on the 38th anniversary of the Battle of New Orleans, which the statue depicts.”