Thanks to @jessfainberg for sharing the above video last night of Albert Pike being toppled from 3rd and D Street, NW.

“The statue, dedicated in 1901, was located in Judiciary Square about half a mile from the U.S. Capitol. It was built at the request of Masons who successfully lobbied Congress to grant them land for the statue as long as Pike would be depicted in civilian, not military, clothing.” 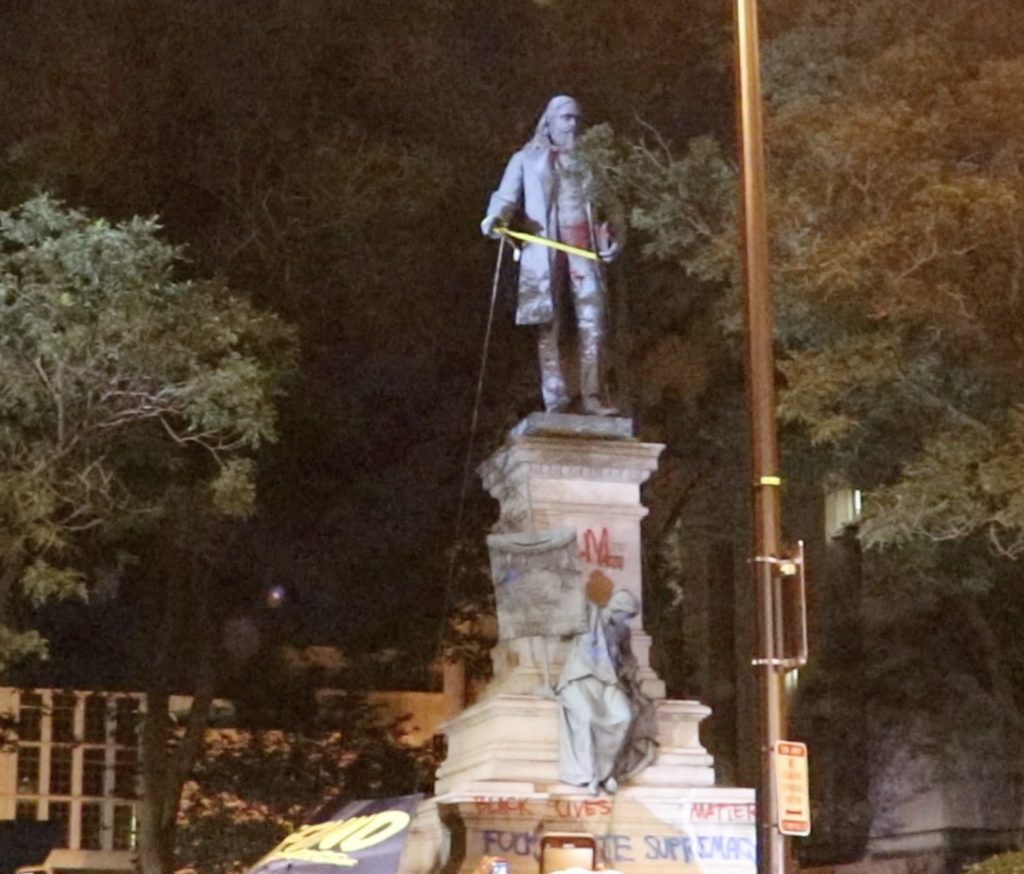 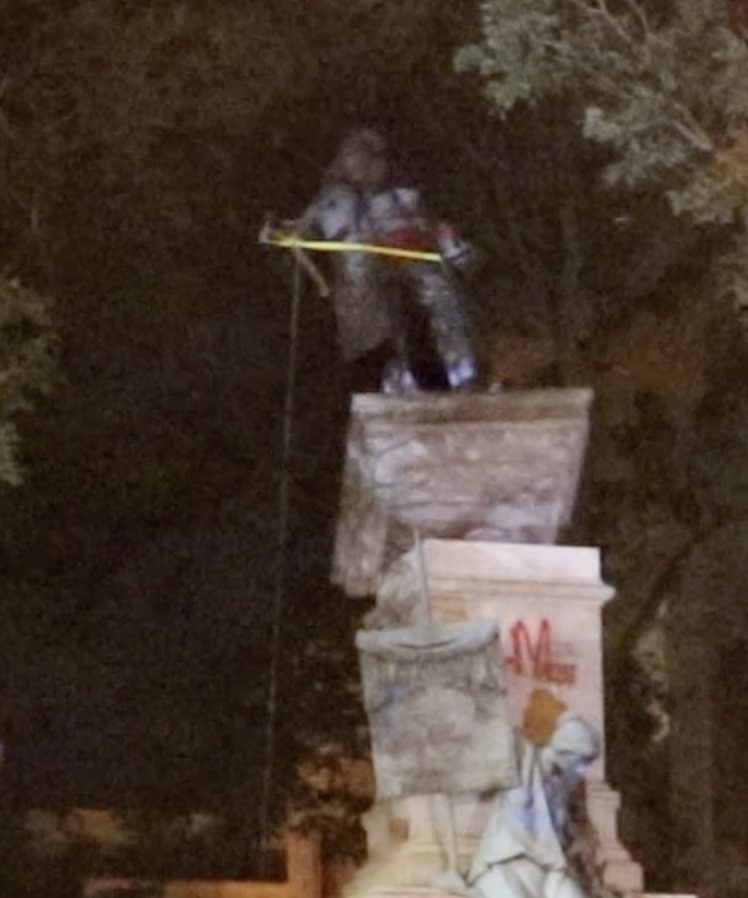 History in the making. #blacklivesmatter 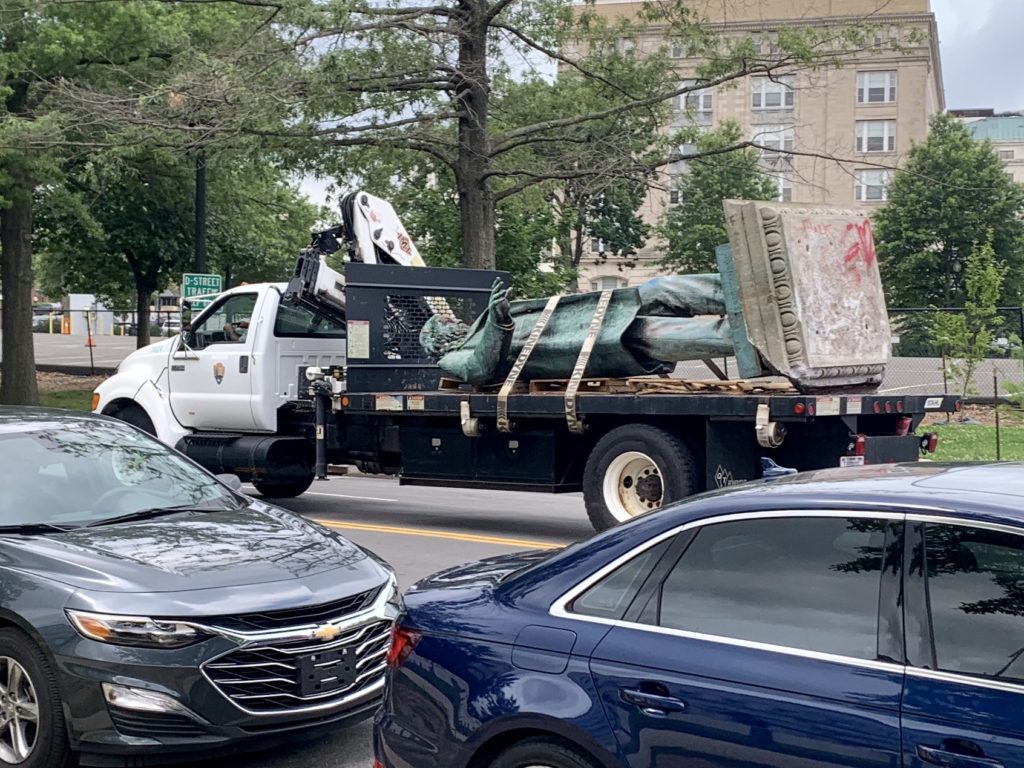 Update: Thanks to Jacyln for sending: “Just saw a police car (not pictured) escorting Albert Pike’s remains near Union Station.”