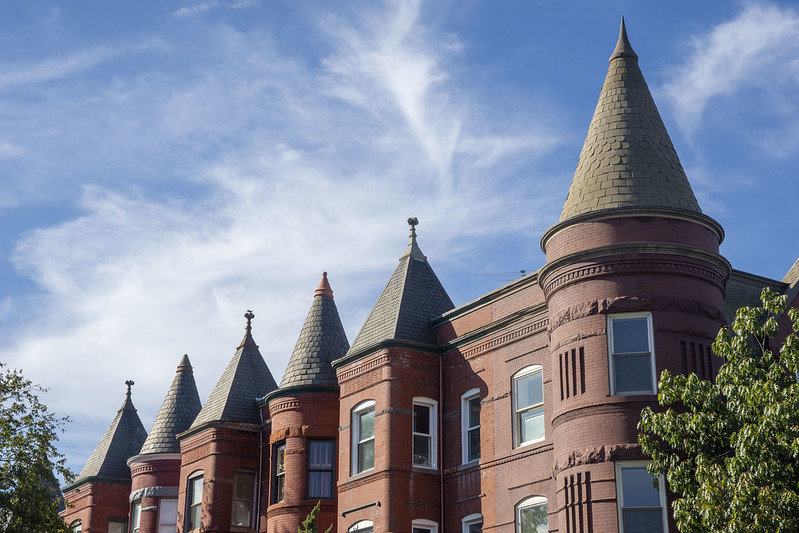 From the Office of the DC Attorney General:

“Attorney General Karl A. Racine today filed a lawsuit against the District of Columbia Housing Authority (DCHA) for endangering over 5,000 tenants at 10 public housing properties–as well as the surrounding communities in Wards 1, 5, 6, and 7–by failing to confront drug- and firearm-related nuisances at the properties. DCHA is an independent District agency that provides housing for low- and moderate-income residents. Between January 2019 and May 2020, the Metropolitan Police Department (MPD) has responded to over 5,270 incidents that occurred at the properties, including homicides, shootings, and drug offenses. DCHA has failed to respond to both resident complaints and Office of the Attorney General (OAG) notices and requests for action, including recommendations to increase security presence, lighting, and security cameras. Following DCHA’s inaction, OAG filed suit seeking a court order compelling DCHA to make immediate security improvements to its properties to protect District residents.

“District law requires building owners such as DCHA to maintain their properties and take reasonable precautions to protect their tenants and properties from crime,” said AG Racine. “In response to complaints from residents, our office repeatedly warned DCHA about dangerous and illegal activity at their properties, putting tenants–especially children, seniors, and residents with disabilities–at risk. Following DCHA’s inaction, the Office of the Attorney General filed suit to force the agency to make reasonable, but critical, improvements in the maintenance and security of the properties.”

Under District law, properties that unlawfully store firearms or sell or manufacture drugs are deemed “drug- or firearm-related nuisances.” The District’s Drug-, Firearm-, or Prostitution-Related Nuisance Abatement Act (Nuisance Act) authorizes OAG to take action against owners and operators to remedy drug and firearm-related nuisance activity at a property. OAG investigates properties based on referrals from MPD and community groups and works collaboratively with property owners whenever possible to solve the problem. However, when property owners fail to respond to OAG and implement basic security measures, OAG files lawsuits to help ensure that residents are safe in their neighborhoods.

For years, law enforcement has executed search warrants at these 10 DCHA properties, regularly resulting in drug and firearm seizures and arrests. These dangerous activities have left other tenants at the properties–a significant number of them children, seniors, or residents with disabilities–and residents from surrounding communities fearful for their safety.

In response, OAG has filed suit alleging that DCHA violated the Nuisance Act by:

A copy of the complaint is available at: https://oag.dc.gov/sites/default/files/2020-06/DCHA-Complaint.pdf

Along with asking the Court to declare the properties as drug- and firearm-related nuisances, OAG is seeking a court order forcing DCHA to institute reasonable security improvements addressing the nuisance issues raised by District government. Specifically, OAG is seeking to compel DCHA to increase presence of DCHA security officers and cameras at the properties, improve lighting, and enforce barring notices and lease obligations against individuals engaged in serious criminal activity. Further, OAG is seeking damages of at least $150 for each day since DCHA received notification of nuisance issues. Damages will be paid into the Drug-, Firearm-, or Prostitution-Related Nuisance Abatement Fund.

Resources for Tenants
In response to the District’s affordable housing crisis, AG Racine is using the law to protect tenants, hold abusive landlords accountable, and preserve existing affordable housing. OAG has won court orders forcing building owners to fix issues including mold, vermin infestations, and fire code violations at properties across the District and secured hundreds of thousands of dollars in restitution for residents who were forced to live in unsafe conditions. OAG also has sued landlords who refused to take basic security measures to keep tenants safe, stopped landlords who illegally converted rent-controlled apartments into short-term rentals, and took action against landlords who discriminated against District residents who use housing vouchers.