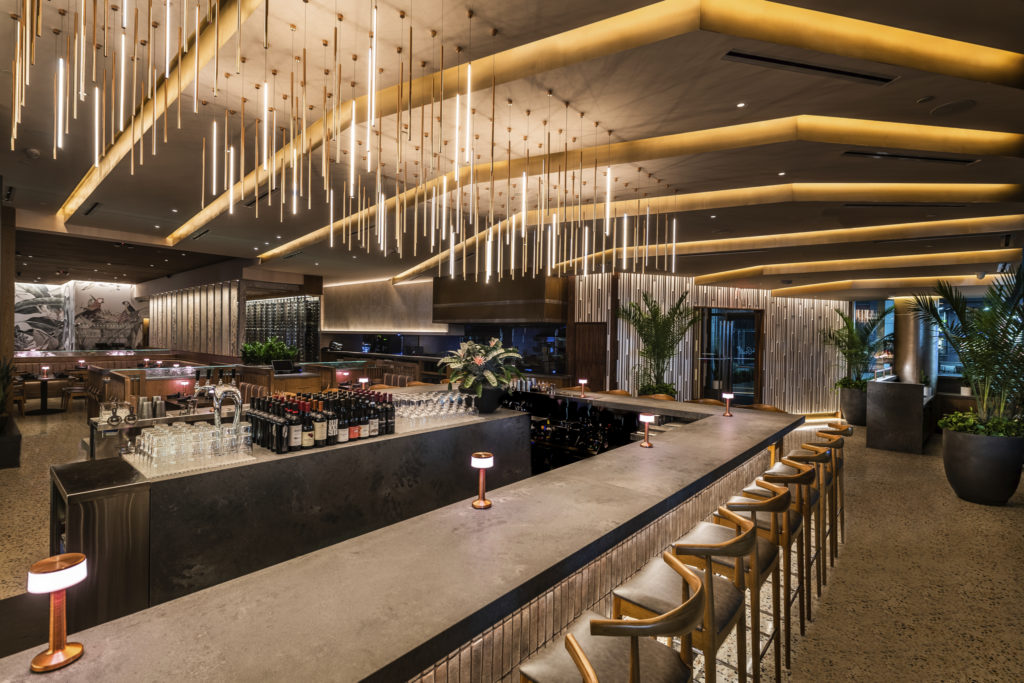 “THE GRILL from KNEAD Hospitality + Design, in partnership with Chef Roberto Santibañez, is a contemporary, upscale American bar and grill opening tonight for dinner in D.C.’s District Wharf. The menu focuses on American cuisine with an emphasis on wood-fired steaks, seafood and lighter vegetarian fare. The modern, 5,400 square foot eatery was inspired by the years that KNEAD’s founders, Jason Berry and Michael Reginbogin, lived in Miami. The space features a sophisticated South Beach-inspired décor in an intimate setting. The Grill is the second concept at The Wharf from KNEAD and Santibañez – the team also opened Mi Vida, a contemporary Mexican restaurant, in 2018. 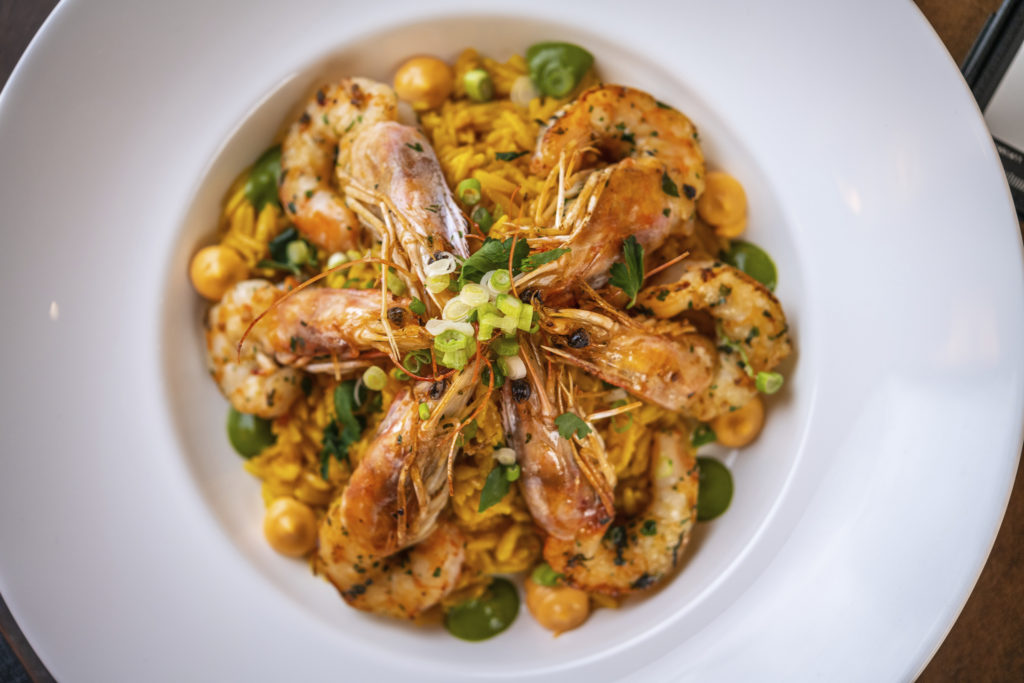 Culinary Director Chef Roberto Santibañez creates a menu of American classics, with a focus on locally-sourced meat and produce, along with ethically-raised beef. A selection of premium meats and seafood are grilled over charcoal and pecan wood using a Josper Basque Grill. Cuts include a 28-day dry aged Filet Mignon from Seven Hills Farm (VA); a 12oz. Ribeye from Roseda Farms (MD); and wild-caught Atlantic Black Bass. These dishes are served a la carte with choice of accompanying sauces including hollandaise, chimichurri, and peppercorn, among others. The menu also features composed entrees, like a Lamb Shank served with mushroom medley and parsnip puree, as well as lighter plant-based dishes like Grilled Cauliflower with roasted and pickled beets and a Chopped Salad of seasonal veggies, dates, and lemon vinaigrette. 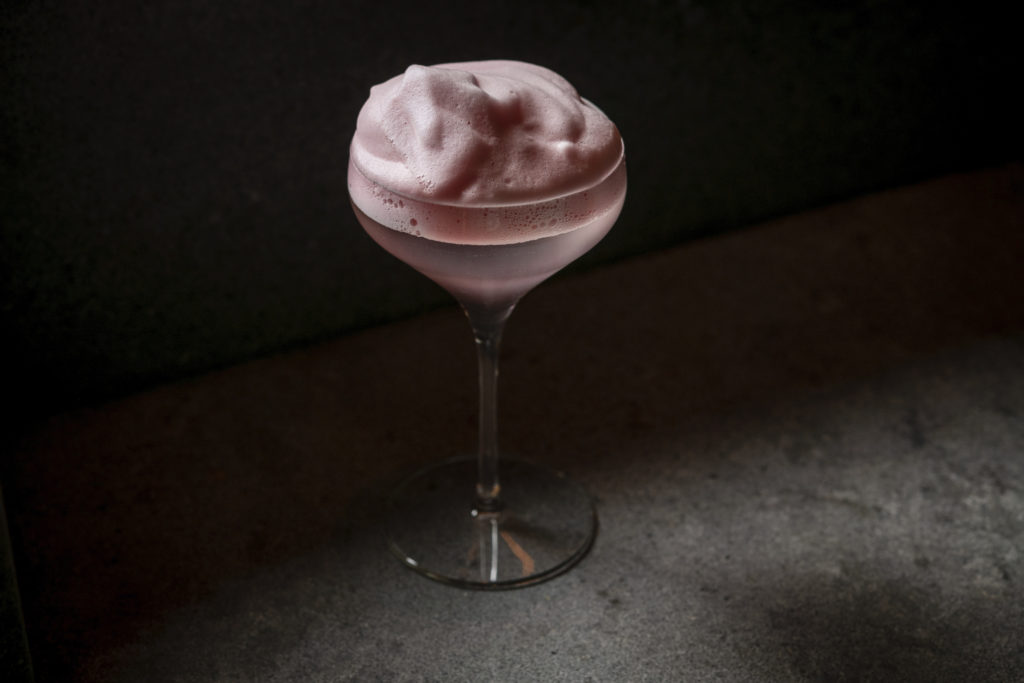 Beverage Director Darlin Kulla, along with Sommelier Hugo Arias Sanchez, lead the beverage program at The Grill, with an emphasis on Martinis and classic cocktails. Playful takes on modern classics include Cosmo Blanc with Hangar 1Makrut lime, vodka, white cranberry, lime, Cointreau, and cranberry foam; and Vesper into the Woods with Monkey 47 Schwarzwald Gin, Belvedere Smogory Forest Vodka, Cocchi Americano and lemon. The menu also features a selection of over 100 gins and vodkas for guests to craft their own specialty Martinis, as well as a 200-bottle selection of wines from around the globe. Bottled and draft beer, along with elegant Palais des Thés tea service, round out the beverage offerings. 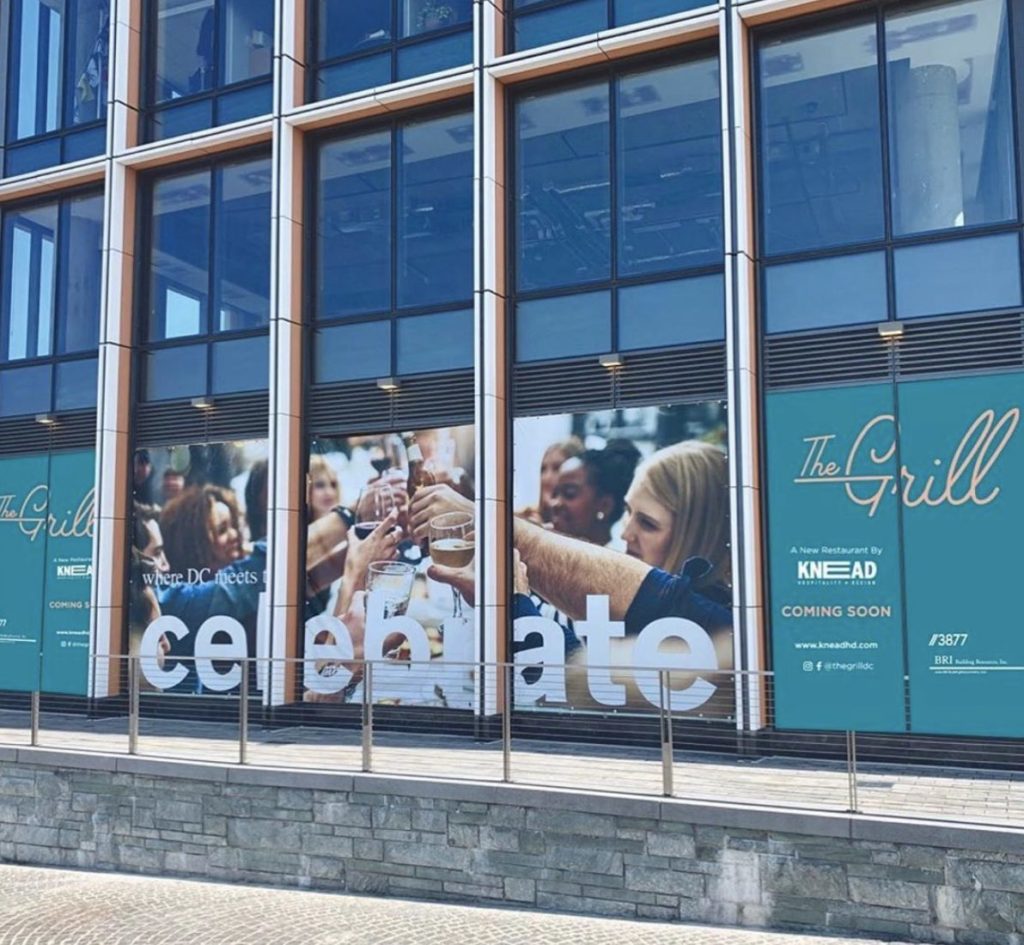 99 Market Square SW via The Grill

More Stories
What the Helen of Troy is This? Metro EditionPoPville T-Shirts continue to Travel the Globe – Saint Thomas