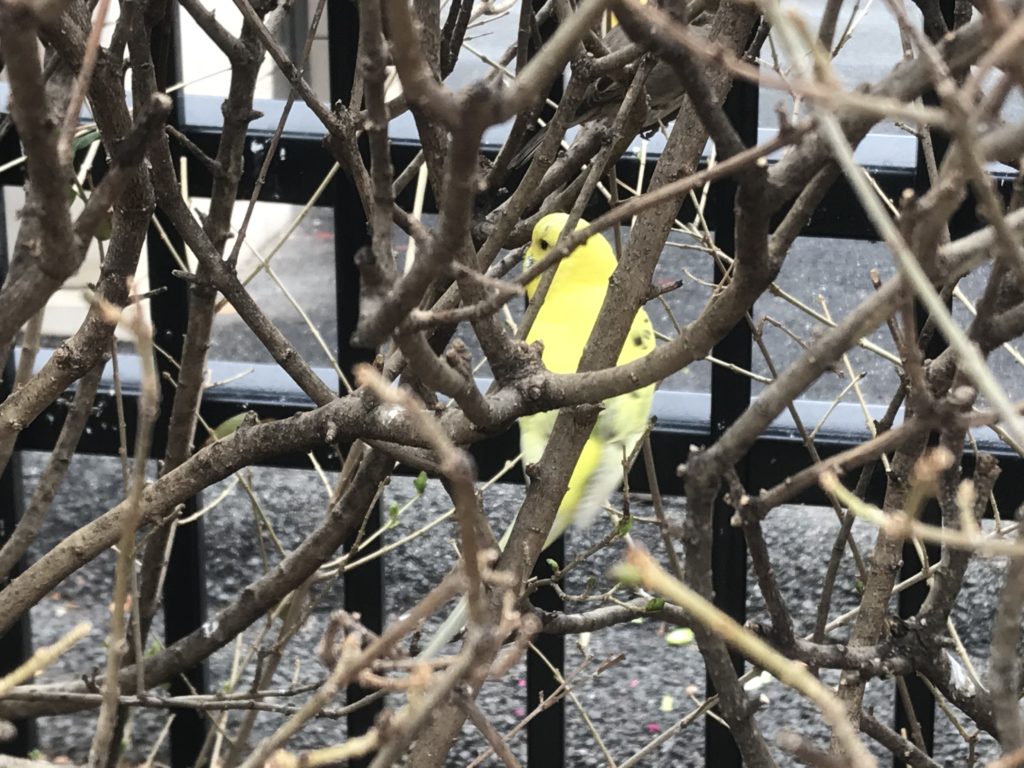 Ed. Note: It was inevitable.

Parakeet running with a group of unruly sparrows on Capitol Hill

Not exactly camouflage by the Hart Senate Office parking lot bushes (East Side across from St. Joseph’s Church)”

Ed. Note: The last time we posted about this parakeet @PoPville on twitter a reader responded that they’ve tried to catch him/her multiple times but have been unsuccessful. I think they said they’ve been leaving bird seed, let’s not go there, and provided some sort of shelter. Of course this memory could be tainted by the gin.