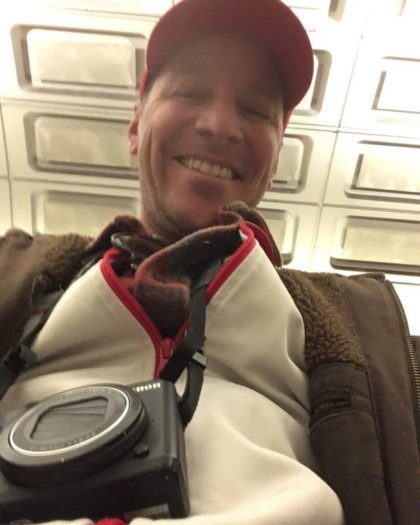 Dan Silverman: Citizen of the District of Columbia.

“ABC-licensed establishments are required to take reasonable steps to ascertain whether a person they sell, serve, or deliver an alcoholic beverage is of legal drinking age. DC law does not prohibit a minor from sitting with an adult person within an establishment.”

From Lawyer Andrew Kline: “No law against it, but operator has right to exclude those not of age.”

On Saturday, we were kicked out of a restaurant in Chinatown after the manager prevented us from sitting at the bar, arguing that our 4 months old baby is under the age allowed to drink!! After we agreed to sit in the restaurant side instead, and walked towards the restaurant bar, he said that we cannot sit with a baby in a bar, only at the tables which were 3 feet away. When we argued that it is absurd, he kicked us out. Shame on them.”

So babies in the bar – what do you think about them?

[Full disclosure] Even in jest, no way I’m looking at these comments and I’ll be muting all the @PoPville social media responses too so have fun but you guys are your own! I’ll be back for the dog poop in the bike lane discussion later this afternoon. I’m off to lunch number one.