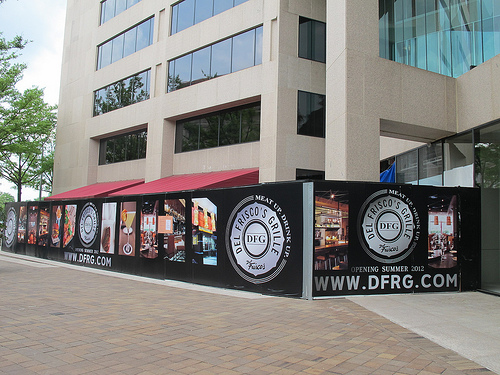 An employee of Del Frisco’s Grille tells us “we just got told we are shutting down in 2 weeks.”

Ed. Note: D.C. also has a Del Frisco’s Double Eagle Steak House located in CityCenter – no word on any changes for that location.

Forbes reported on the planned sale in late September:

“The purchase price was undisclosed, and the deal is expected to close at the end of October, according to the company.

Fertitta, with a net worth that Forbes pegs at $4.9 billion, says he is planning no operational changes to the Del Frisco’s brand.”