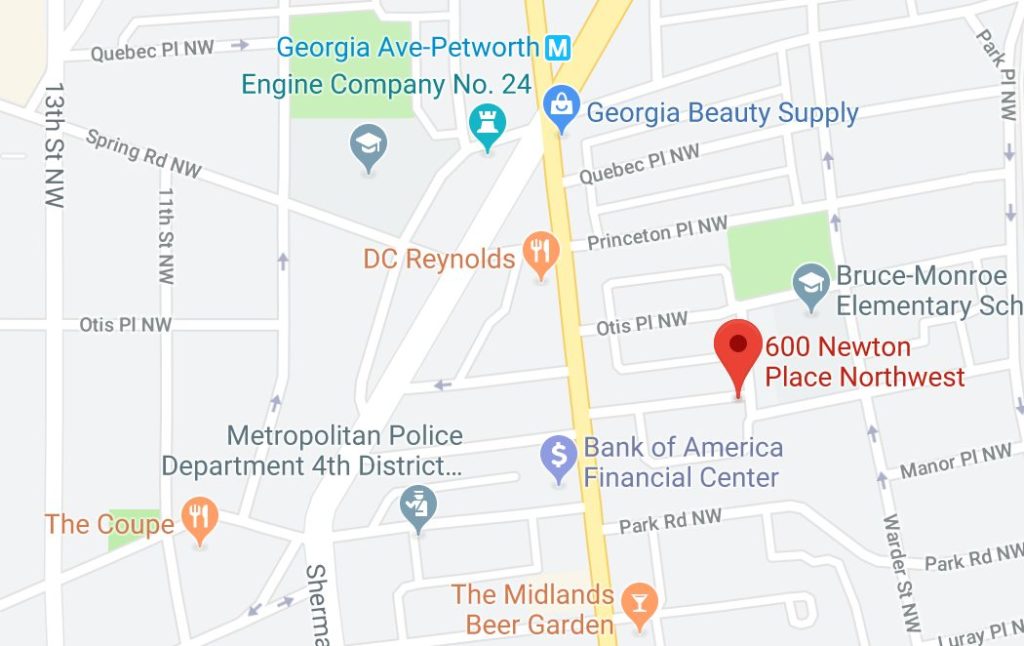 “At approximately 10:10 pm last night, an adult male flagged down Metropolitan Police Officers near the intersection of Georgia Avenue and Newton Place, Northwest, complaining of a gunshot wound. The victim of the shooting was treated for non-life threatening injuries and transported to an area hospital by the District of Columbia Fire Department and Emergency Medical Services.

Further investigation revealed a crime scene in the 600 block of Newton Place, Northwest.

Readers reported: “Around 10:10pm, we heard a rapid succession of about 15 gunshots on the 600 block of Newton Pl NW. The police came and taped off the street, and we heard them say that they found several gun shell casings.

To add, our street has a constant presence of anywhere from 10-40 individuals who loitor on the street and deal drugs openly. There are regularly fights and other disturbances. We figured it was only a matter of time before another shooting happened.”

“Multiple gunfire and one victim.”

“I heard something like 10-15 shots coming from across/down the street toward Newton. A couple guys standing nearby looked over that way and shouted, “Oh shit!” and then started running away – so I took off as well.

I saw multiple cop cars heading up Sherman and heard tons of sirens as I continued on my way home. Really scary experience.”